After many months of learning, I have decided to take a stab at designing the electrical power system for our off-grid van. I have a diagram of the system attached to this post below (Also hosted on imgur for high-res).

I have labeled everything except for fuse and wire sizes as I'd like to get some feedback on the general connections before I get into wire/fuse sizing.

A few extra questions/concerns I have:

- I have seen similar systems with 2 POS and 2 NEG cables feeding into the MultiPlus after the Class-T fuse following the positive bus bar. I have also seen systems with just 1 set of cables. For this system, which one would suffice?

- I have seen similar systems with 150A fuses coming directly out of each battery before they join at the positive bus bar. Would I benefit from this or is a 500A fuse sufficient coming out of a parallel battery arrangement.

- What type of solar panel arrangement would you recommend for this system (S/P/S-P)? I mislabeled the diagram (I named it Parallel but it's wired in Series)

This has been an amazing experience immersing myself into an area I knew nothing about just a year ago! This community has been awesome, can't wait to hear back! 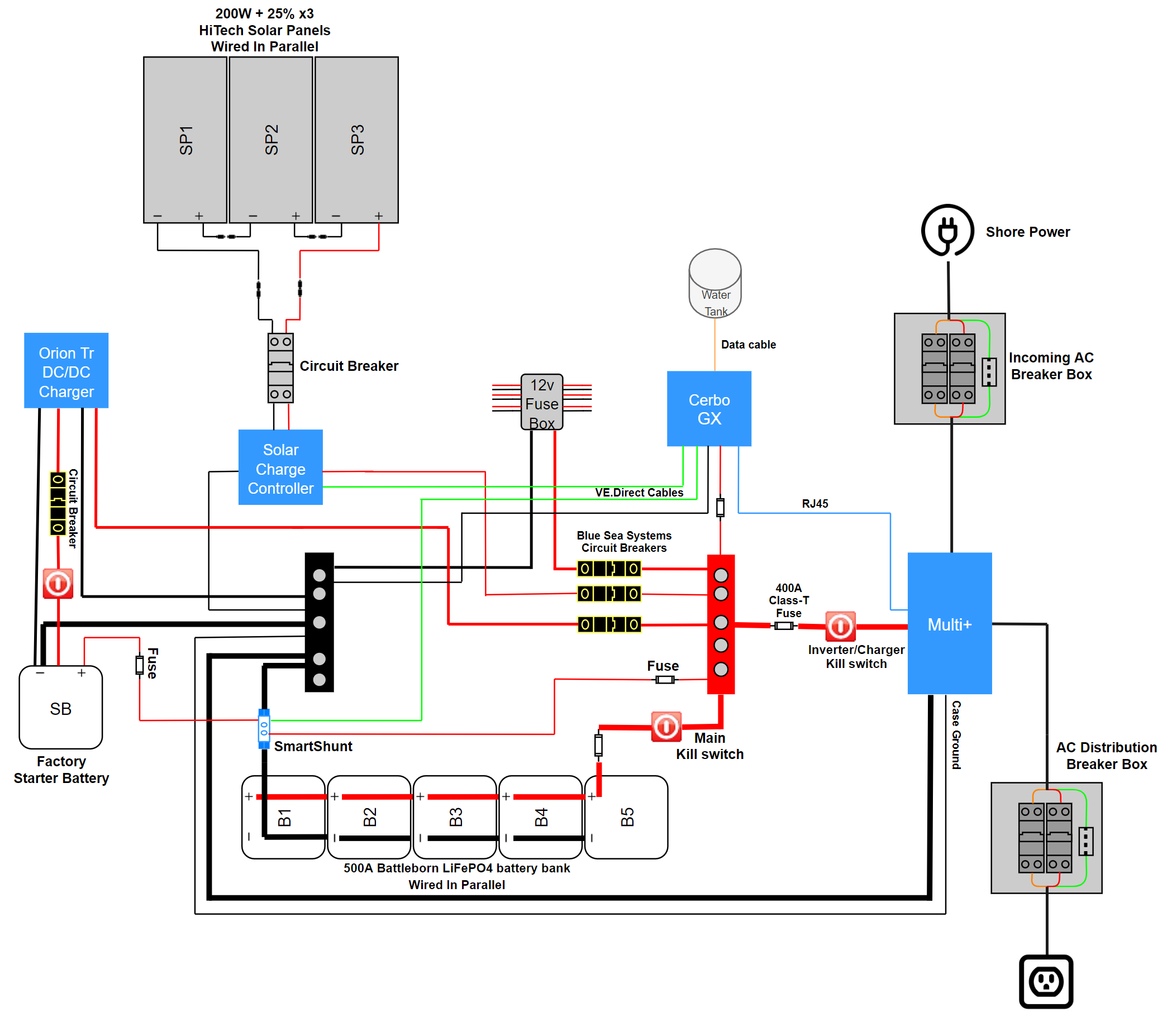 I have a special section about discussion of whole system design in the community guidelines, :) it is not easy for me to comment on specifics without leaving a lot unsaid.

Your questions mostly revolve around fusing and DC wiring, that is great that you are taking the time to learn and understand these, they are OFTEN neglected in DIY systems to the detriment of the entire system.

I would recommend that you watch these 3 webinar trainings from @Margreet Leeftink (Victron Energy Staff), where she discusses and expands on some of the content of her free book Wiring Unlimited:

If you take the time, those trainings should provide you with the background information and knowledge so that you can answer the questions you have asked.