Skip to main content
This question was closed Jul 21, 2020 at 09:22 AM by mvader (Victron Energy) for the following reason: Other

A new beta version is currently being uploaded, v2.60~16. This fixes a bug introduced in a previous v2.60 beta version, which is a quite unfortunate one:

For everyone that has a certain type of Carlo Gavazzi Energy Meter, all settings were reset to default on boot.

Including Remote Console on VRM. So that is not so good news for remotely managed systems that are configured to run a beta version.

My apologies for that!

In case you're just getting involved in the v2.60 test series, do make sure read the posts of the previous versions that were made available to test. There are quite some significant improvements in v2.60. The highlights are the addition of a feed-in limit, added ethernet-connected energy meters, updates on the NMEA2000-feature (addition of tanks), as well as many other improvements with regards to tank monitoring.

Note that there is one known issue: the new Ethernet-connected energy meters can't be configured; this will be fixed in the next version.

Other reported issues in v2.60 testing are still being- and/or will be looked into.

Hi, just did a quck check with this version but reverted back to official.

Temperature sensors dont show the given names in the Device list, but level sensors are with the names I gave them. Wy? But in the pages showing the tanks, the given names are not shown, only fresh water or fuel.

Hi @SveinT, yes the naming of tanks and/or temperature inputs is something on our list to further check and complete later.

This is a fine Update.

My personal wishes for the future ...

- if Pylontech Battery is connected, make the presets switchable. Momentary I use my system with BM-700 for change the Voltage ...

- in ESS with 3 Phases the Multiphase-Regulation uses only the MultiPlus at L1 while connecting on Grid. L2 and L3 always pass-through...
Is it a great expense to add a setting of feedin ratio at DC at L1 - L2 - L3 ???

Hi @Mattin_D, for the Pylontech one the answer is no, we are not going to make anything there configurable.

For the feed-in ratio: maybe, but at the moment we have other priorities, sorry.

Also the analog screens are back again in operation.

I will continue soak testing the other features this morning.

Thanks Mattijs and others for the quick fix update.

Being soak testing for a few hours now and both systems are stable that is Non Energy meter and Energy meter systems.

The only two small things that need fixing is the combined PV supply's input from the Fronius and the Energy PV meters and battery combined loads on AC Loads readings, and the temperature naming. Otherwise the system runs very well and stable.

> The only two small things that need fixing is the combined PV supply's input from the Fronius and the Energy PV meters and battery combined loads on AC Loads readings,

I'm not sure what you mean by that. Perhaps you need to double check your GX settings wrt the location (AC-in, AC-out, and so forth) of your PV Inverter?

As per screen shot.

The setting are setup to my PV inverter and Energy meters as per normal , the much older versions of software did not combine the PV inverters and loads,

The bottom screen shot shows what it was like on the older version of software.

The right hand bottom shows the Energy meter as a PV inverter which is correct but with a Fronius logo, which is another bug but not to worried by that, but if i turn off the Fronius PV setting it returns to PV inverter with no Fronius logo showing, so a slight bug there in selecting inverters etc.

I will loading and testing version 2.60-17 today to test. 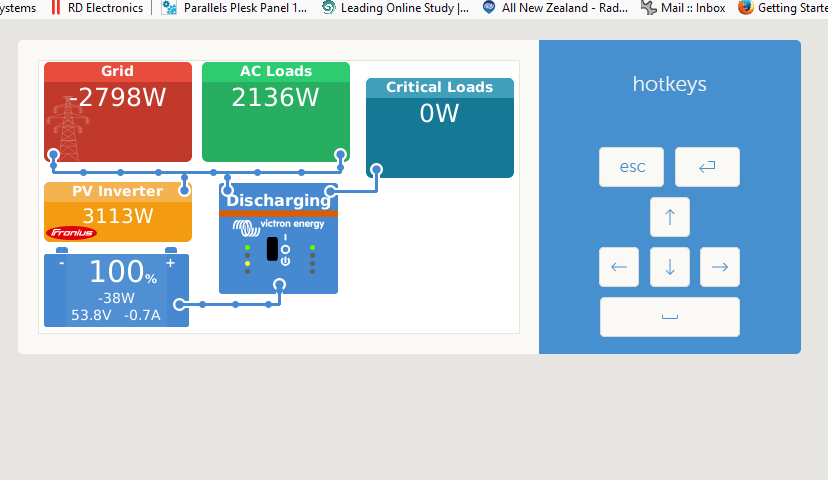 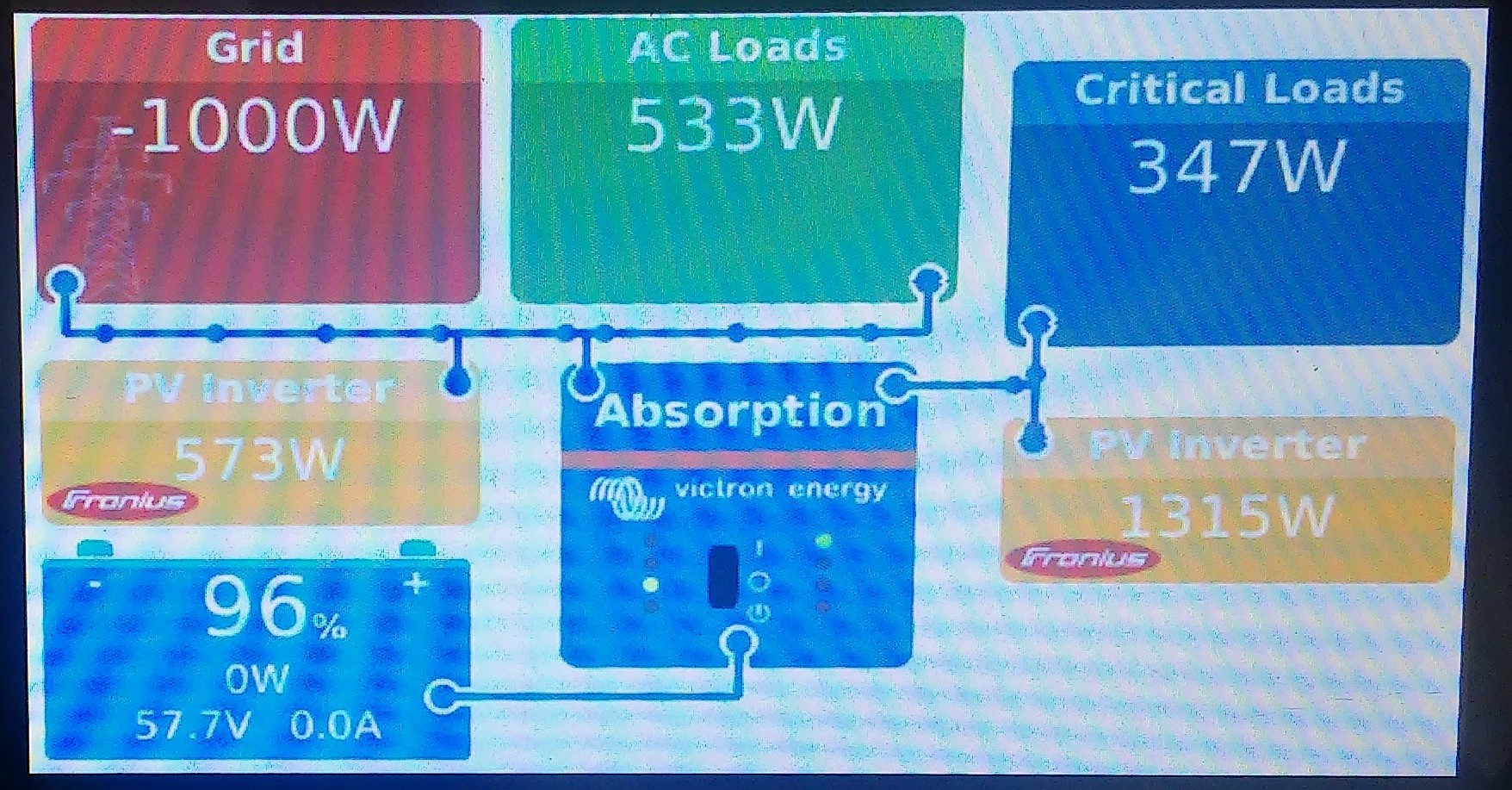 Hi Rob, Pls check that that energy meter that measures your second pv inverter is configured as installed on ac out. Looks like its not configured as such

Yes you are correct, forgot about that, after Ver 2.60.15 resetting my setting, The only small thing is the Fronius logo showing up in the AC energy meters inverters.