I am running Smartsolar 150/35 units. I have had a problem twice now where the VictronConnect app (Android) has dropped bluetooth connection mid-sync to a device. Once this happens, the app will reconnect fine to the device, but the wattage only displays 1% of what should be the actual wattage. For example, if the actual wattage is expected to be 1200w, the app was only displaying 12w. The input and output voltages were correct and the charger state was correct (bulk), but no amps. The trends amps graph also drops from where it should be to the incorrect values.

I tried closing and re-opening the app, but it didn’t fix it. The only way to get it to display the correct wattage again was to totally power off the unit and power it back on again. I don’t know whether the unit was still charging correctly as I don’t have an independent ammeter inline and didn’t have the time to wait for an extended period and take the chance of it not actually charging the batteries.

The devices have run fine for a very long time without being powered off and I believe it is the disconnection mid-sync that has caused this to happen. I thought I would report this here in case it hasn’t been noticed by the developers yet.

Update: The problem has just happened for the third time, so I've attached some before and after (reset) screenshots. 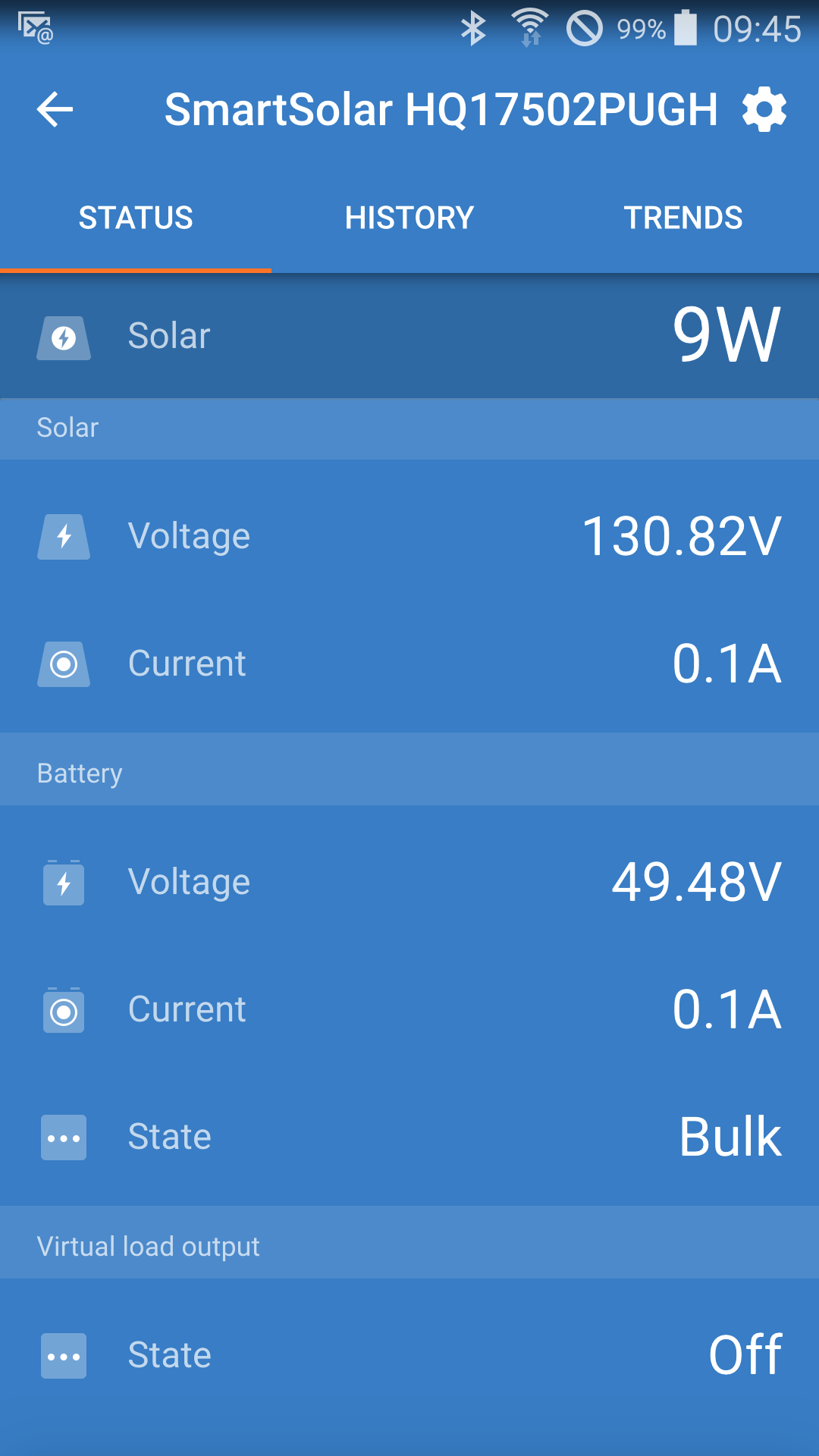 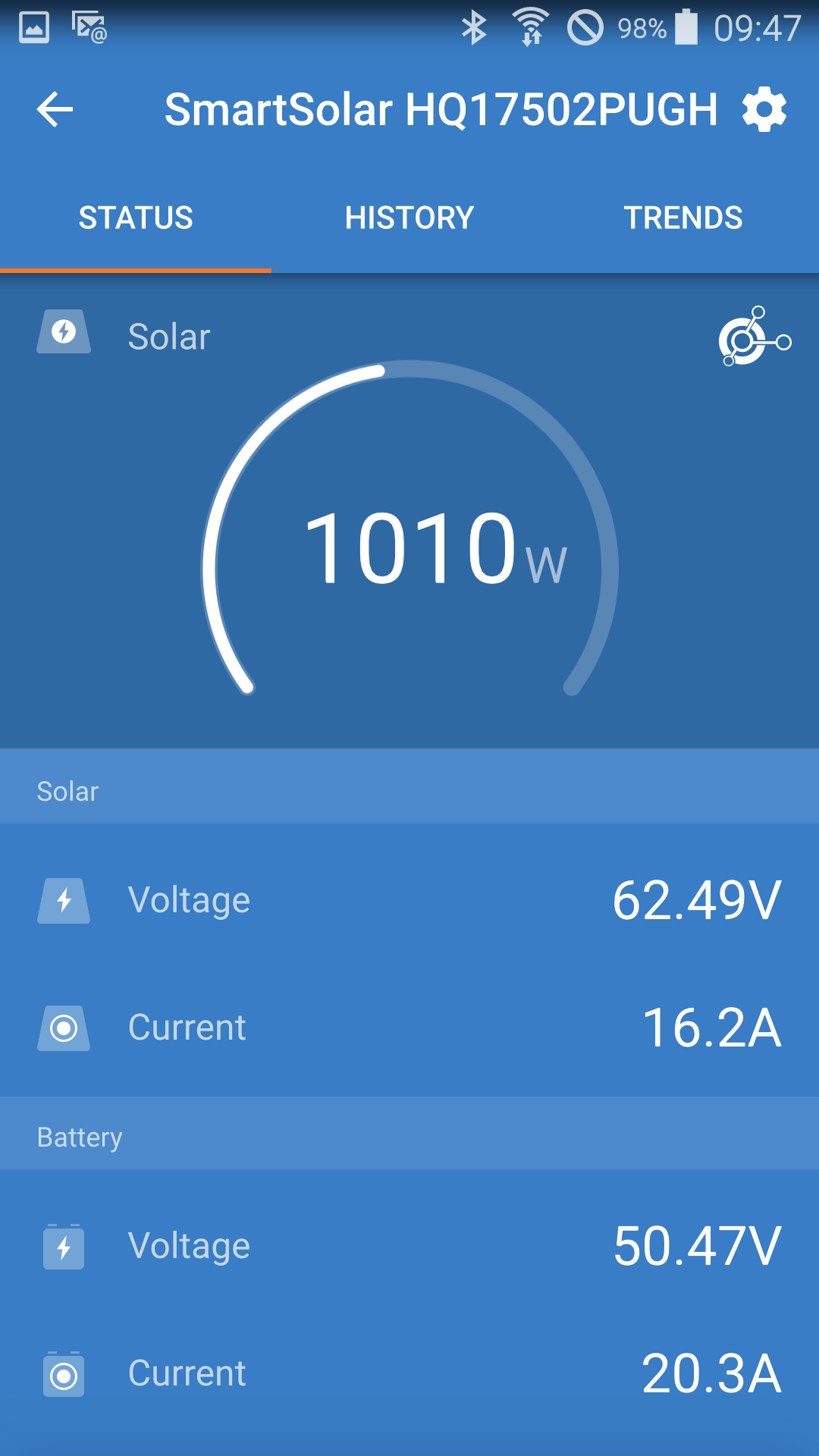 Update 5/5/2020: It has just happened again and I can confirm that it is definitely not charging at full power when this happens, so it looks like the problem is with the charging, not the communications.

We've found a bug in the smartsolar 150/35 units that can cause this in some circumstances.

We're currently testing new firmware, and as soon as this firmware is released, you should be able to update your solar charger and fix the issue.

In the mean time you can use a work-around: limit maximum charge current to 25-30A to prevent the bug from happening.

Thanks for the response. I'll drop max charge current down until the new firmware is released.

could you try updating the firmware to 1.49?

it's available if your connected to VRM with a GX device, I don't think it's in Victron Connect yet.

I will email it to you just to make sure.

It has been working fine on firmware 1.49 for almost a week on the device that was playing up, so I've updated the other units today as well. Thanks for the quick resolution!