I have a solar shed I've built with an axis PoE camera, an 18Ah battery, an MPPT 75/15, a gl.inet slate router, a raspi4b+ and a single 150w solar panel. I don't expect this setup to be particularly complex or cumbersome, it's sole purpose is to just keep that camera alive. The slate is providing wifi connectvity to the system and is powered via usb, like the pi4.

I managed to get everything connected and working, but I have several questions, and I thought a sensible approach would be to put them all in one place, as I wager I am probably not the only person who would ask this sort of stuff, and having all the answers in one place would not only help me out, but anyone else who lands here from a google search looking for the same.

- I'd like to know how to change the MPPT 75/15 settings. As I understand it, it's possible to tweak the high/low battery cutoff points, but I can't figure out how to do that from the main 'touchscreen' interface.

- I would like to install the grafana packages so that I can get those amazing charts and graph power in, power out, consumption etc - one of the challenges I have now is that the system runs out of juice some time after 3am and doesn't come back online until nearly 1pm, so to figure out what the issue is, I need to see things like 'when does the panel stop feeding the battery', 'what are the voltage cutoff points', etc.

- Understanding the pi4 isnt supported (yet?) by victron, having gotten ssh access to it, I noticed it doesnt have apt installed, only opkg, and some of the opkg sources aren't there - it looks like its trying to fetch software updates from a url that 404s. Is there an update I can plug in?

- I am totally comfortable at the command line, is there a cmdline utility available to get the raw data from the ve.direct interface? barring the ability to install grafana/docker/etc, I am totally happy just scripting something up to spit out some json and handing that to observium (its another graphing tool) and calling it directly via http or something.

UPDATE!:
I've figured out how to get it to phone home to the vrm portal, but i'd really like to graph stuff at home at a much higher frequency, and not be dependent on internet connectivity to retrieve graphs and data. I was able to use th vrm portal to update the firmware of the MPPT 75/15, but I am still searching for how to actually edit its configs/settings.

You need to use victron connect to configure the MPPT. It cannot be done via venus so either via USB or bluetooth if it is a SmartSolar.

"I understand it, it's possible to tweak the high/low battery cutoff points" 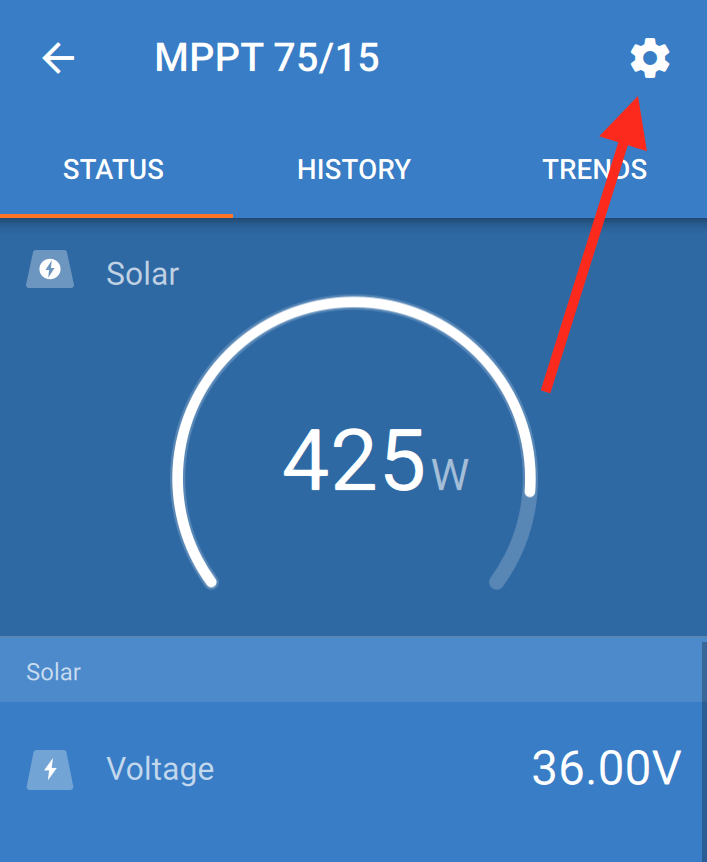 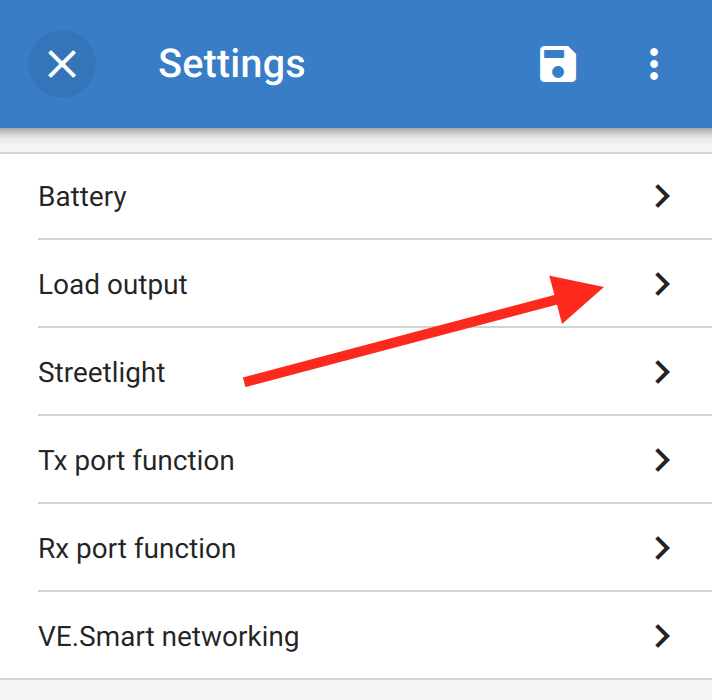 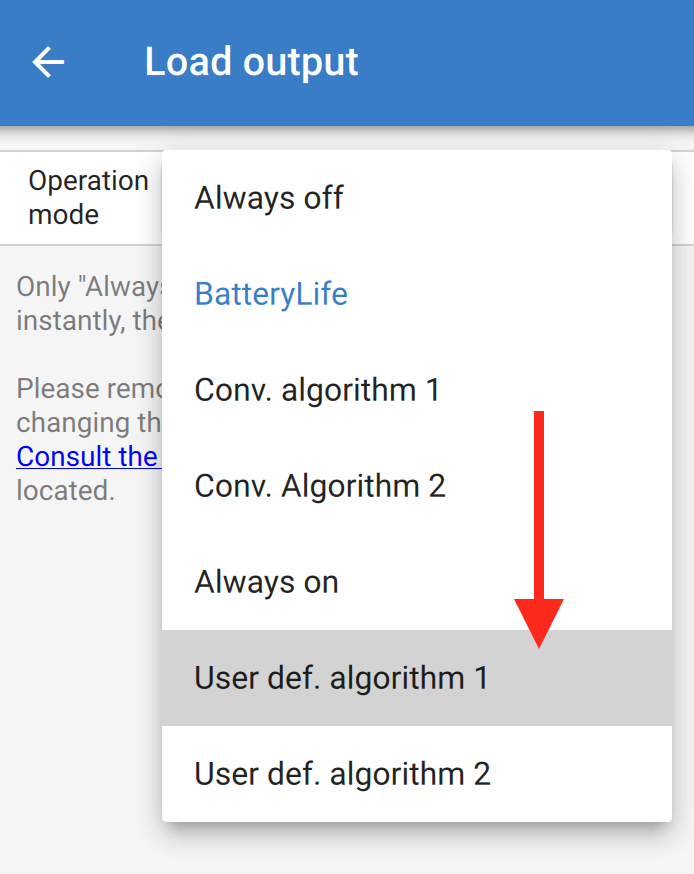 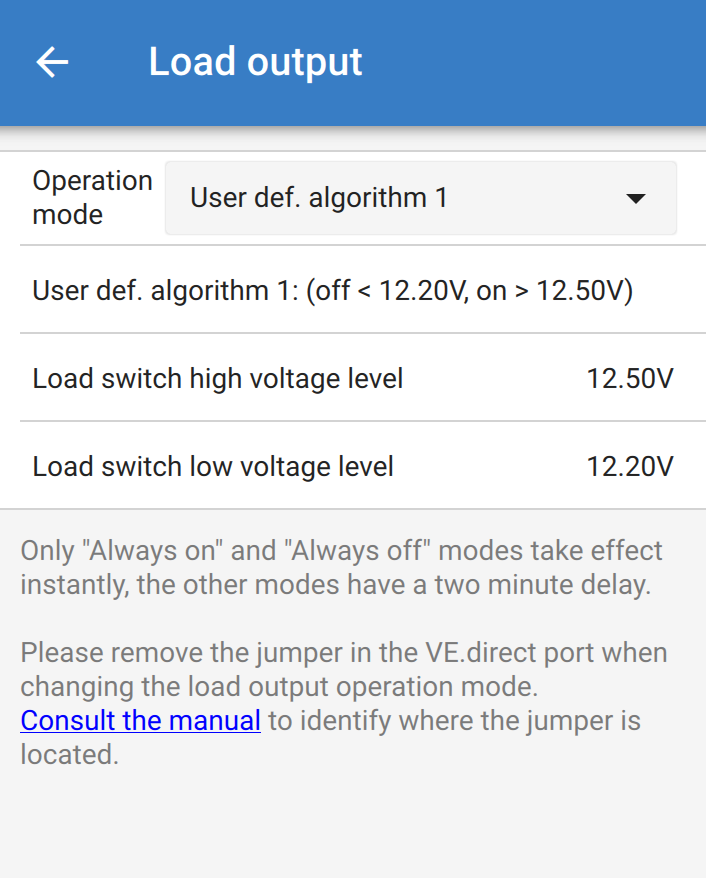 Victron connect is in development that will allow you to remote connect into the MPPT to change settings but the first beta with that function had a few bugs so not yet available. https://community.victronenergy.com/questions/40795/how-can-i-change-mppt-settings-remotely.html

You can access the GX (screen) locally by just typing "venus.local" into a browser tab.

Victron Connect compatibility should be available *very* soon. I've tested the beta, til they pulled it, and suggested 'wait a few days for 5.18 release'.

This is excellent news! I dont mind waiting, Im still super new and just learning the ropes and getting acclimated to the new system :D

@TTbbThanks! I'll go dig out my otg cable and try it with my phone. Next I get to try and figure out how to change the display graphics on venus so they more accurately reflect what physically exists - I investigated this a bit and it seems that there's a dir on the pi full of text files that all need editing and its not as easy as just dragging stuff around in a UI, so this is going to take some work, i wager.

@TTbb I've read several of the howto documents regarding installing grafana but the problem that I've run into is that the venus image for the pi4 as it is currently distributed is using opkg versus apt-get and the package sources don't include docker. So my question was more "how does one install the docker setup onto the pi4 image as it sits today" versus "how to install docker". I understand I can run the graphing system on another machine, but I'd prefer to have everything living in one place on the pi4, and it seems like the current iteration of the pi4's venus image won't let a user do that.

Solaranzeige.de does what you want off a raspberry. Just needs a cable going ve. Direct to usb available from victron

Ideally, I'd like to install this sort of tool right on the same rpi4 that is running venus, so that everything is in one place, but the issue I'm finding is that the venus image distributed by victron seems pretty limited, and I can't really install "additional software". All I have is opkg, and its using only the victron package sources, so I can't even install ostensibly "regular linux tools".

I decided not to use VenusOS, and instead configured Raspbian Buster to write data to InfluxDB from which Grafana is able to read easily. For more details, check this out: https://masterov.blogspot.com/2020/03/connect-vedirect-to-raspberry-pi.html

How to interpret VE.direct serial output