I have my Cerbo GX connected to local WiFi (Peplink) and publishing to VRM. 90% of the time it works fine but occasionally the WiFi becomes unresponsive. I have it configured to restart if it is unable to publish to VRM after X period of time. Every time it becomes unresponsive, other clients on the local LAN remain fully operational and when Cerbo restarts it recovers wifi without touching the local LAN.

Today I observed the WiFi became unresponsive shortly after a voltage drop on the Quattro shore power AC2-In and the Quattro switched to inverter mode. 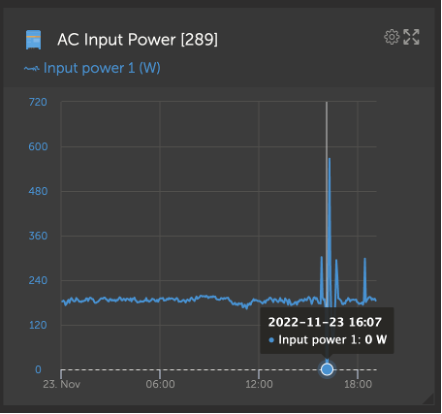 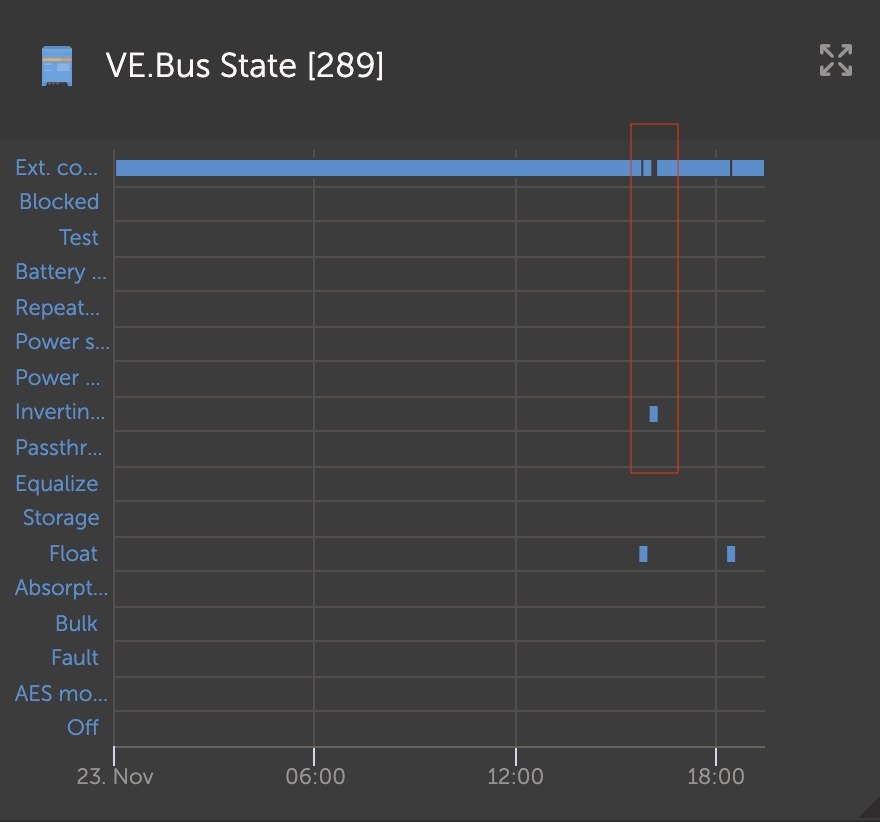 [Edit:] At the time the Quattro kicked into inverter mode there was also a brief DC voltage sag, which I forgot to mention when I first posted. 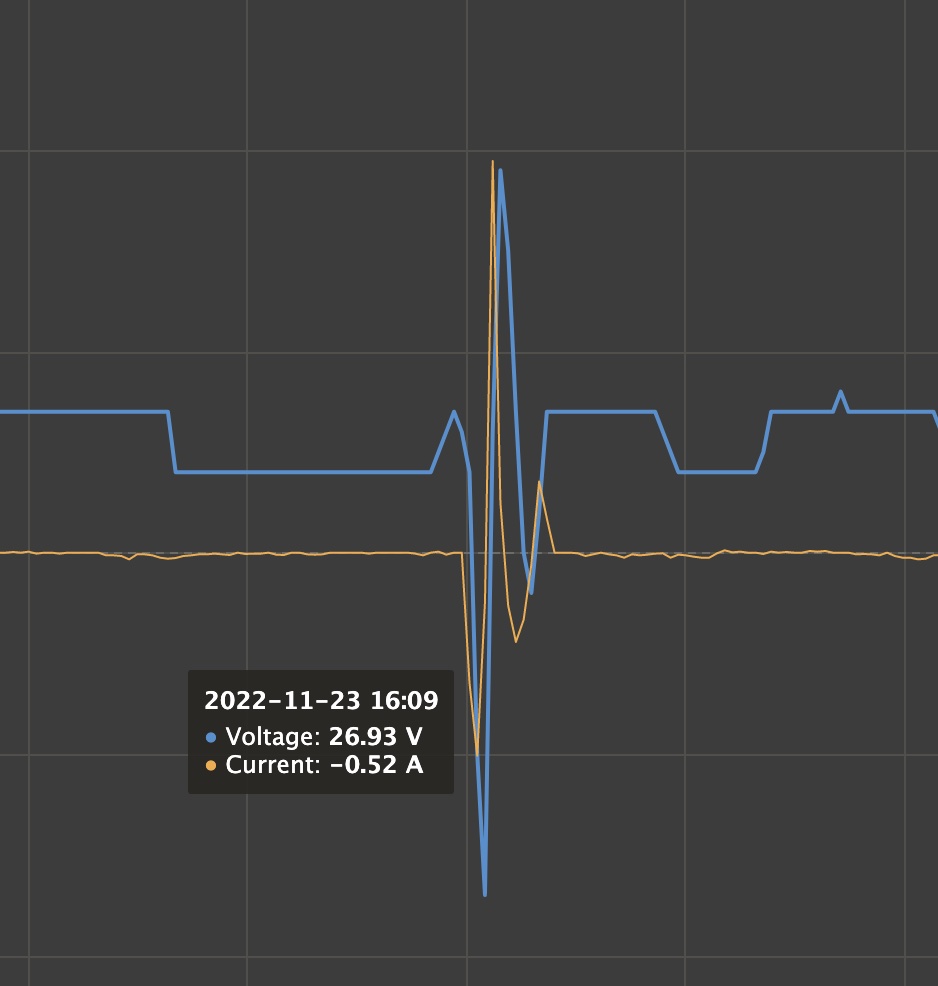 I believe my vintage cerbo is not impacted by the Touch 50 problem that is well documented. Peplink's DHCP reservation is set to 1 month.

The Cerbo self-restart hack is my workaround. Functional but far from ideal.

I don't have a question per se but thought I would share a data point with the community for observation and commentary.

I used SSH to log into the Cerbo and discovered evidence that wifi freezing occurs often. So the shore power brown out was probably unrelated and just observation bias on my part.

When the cerbo wifi freezes, I can go into my Peplink router and manually kick the Cerbo off its wifi connection. This triggers Cerbo's wifi reconnection logic (without rebooting) upon which VRM is updated again. Otherwise, wait for the cerbo to hit its VRM 'publishing failed' timeout and reboot itself. The Cerbo's RSSI is -38db (very strong signal), which make sense since it is only about a half meter from the access point. So this is not a case of a weak signal. I've also experimented with disabling suggested wifi channels (hdmi interference) which does not appear to have an effect although difficult to directly measure.

I will try a supported USB WiFi dongle to see if that is more reliable than the built-in chip & software.

63 People are following this question.

Ethernet and wifi access CerboGX to VRM and external ressources