ESS not charging batteries, why?

I have a Victron/Fronius zero-feed-in ESS system using high-cycle life AGM batteries. I want to use the top 20% for ESS and the bottom 80% in case of grid failure.

The batteries discharged to the set point (80%) and are basically staying there, despite there being plenty of excess solar capacity available, as well as the grid. Today it charged to 83%, but did this very slowly. 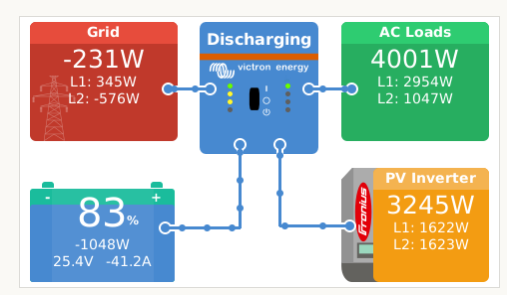 Why would it be discharging the battery, in the middle of the day, when there is plenty of solar available? Should it not be charging to 100% while it can?

In fact the ve.bus state has been absorption ever since I activated ESS, never bulk. It would seem that if there is tons of PV and grid power available, and it's roughly the middle of the day, it should be bulk charging. 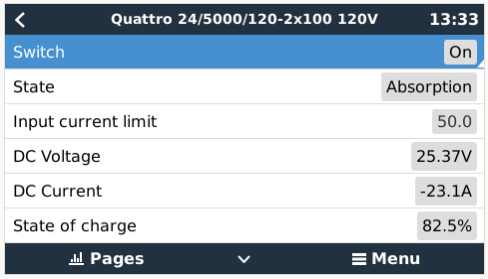 The Fronius inverters were automatically detected and are being controlled well by ESS. Feed-In sometimes overshoots but is corrected in under a second or so when loads change. 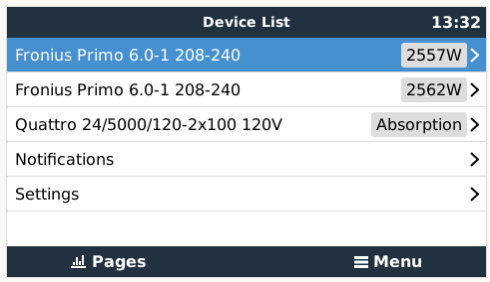 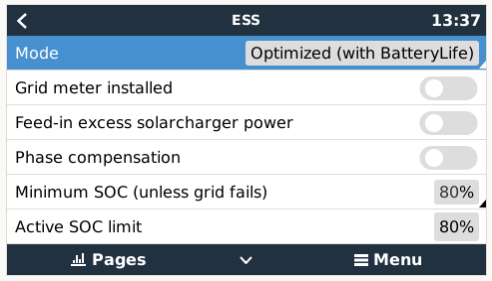 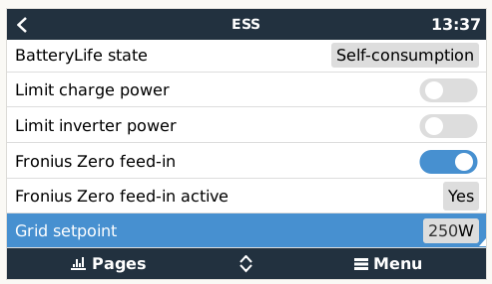 The manual says this:

Maybe since it is limiting the Fronius' power for zero feed-in, it thinks there is no excess solar? is that possible?

Do I need to use charge windows to fix this?

I have a smaller system but have the same problem. Posted but no answers.

With battery on with life, the charge is low and a limit on fronius. If i switch battery to without life then the charge rate increases very much and the fronius limit is about no limit. This is also the case when i switch to keep battery charged.

I also set my grid to 250 W, which i thought was not high but also for the overshoot. I dont buy that it needs to export to know there is excess pv. I have tried different amounts. Still overshoots, still limits fronius.

The other possible limits like charge power, charge current are not restricting charge but ccgx is limiting the fronius.

All firmware up to date.

I scheduled a charge and it is charging, but only 110A (why not more?) Status still says absorption (why not bulk?) Again there is tons more PV power available to the system, it's only using about half. 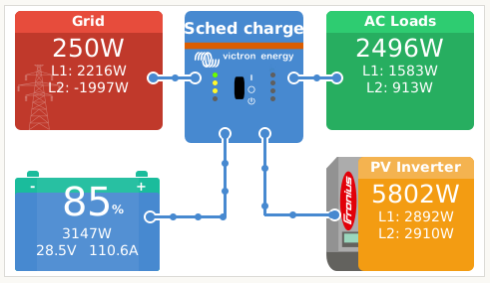 about the battery current: can it be it doesn't accept more current? they're at 14,25V per 12v battery.
about the phase compensation: I think you're correct.

It charges when it hits my scheduled charge window, at about 100-150A. So the batteries are very willing to charge.

Are all devices on the latest firmware?

Why is the grid set point so high ?

It overshoots, and I am not allowed to feed in, so it is set conservatively.

If the system never detects a surplus (export) how can it know there's energy available for battery charging ?

The system tells the PV inverters to limit their power output. Doesn't that imply that the system knows there is extra power available? If not, it would just let the PV run at 100% would it not?

Today the CCGX said "recharge", haven't seen that one before. Except, it didnt: 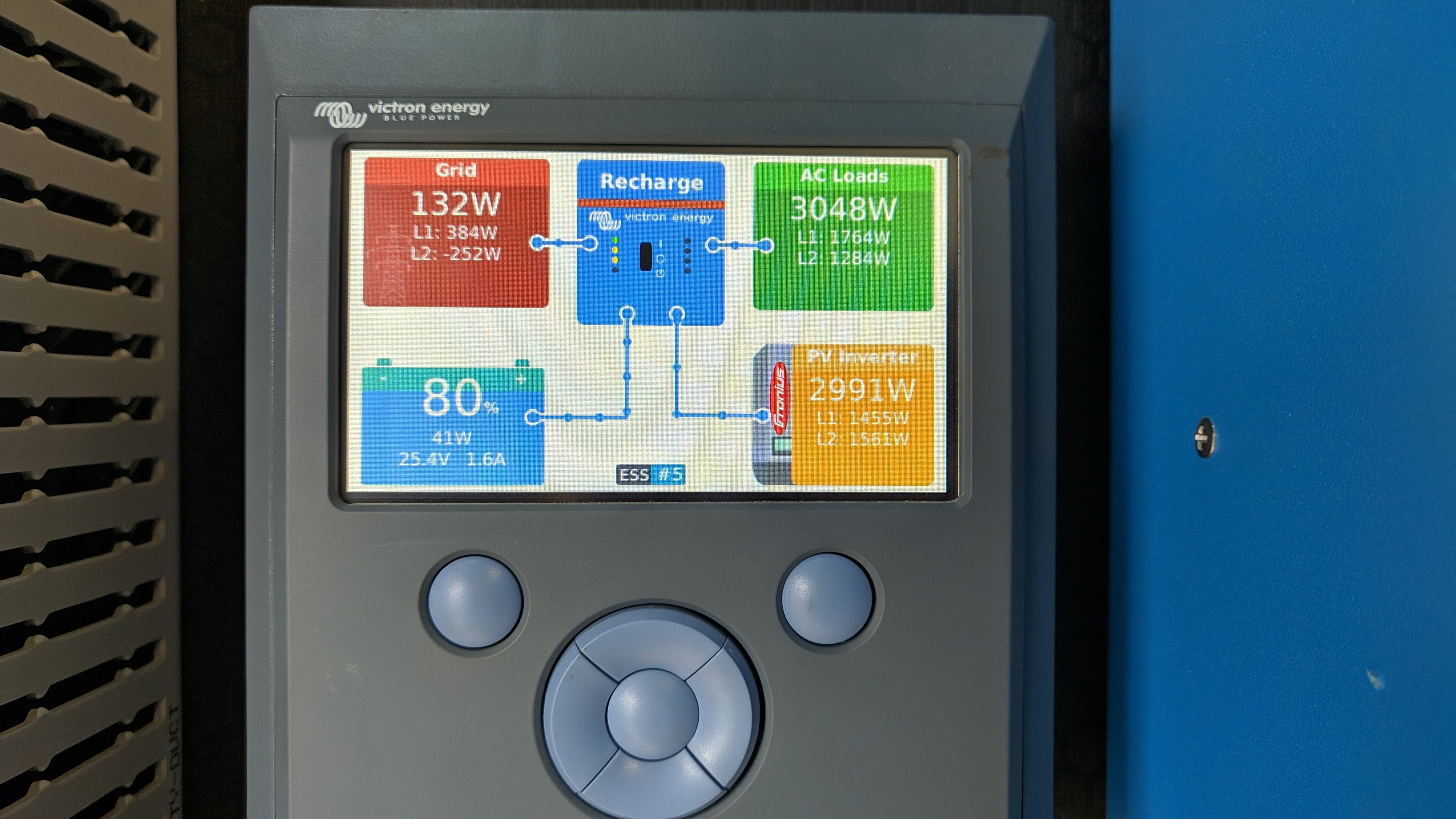 then a few minutes later it came to my scheduled recharge. I just discovered only the L1 inverter is charging. L2 doesn't seem to be doing anything on the DC side. 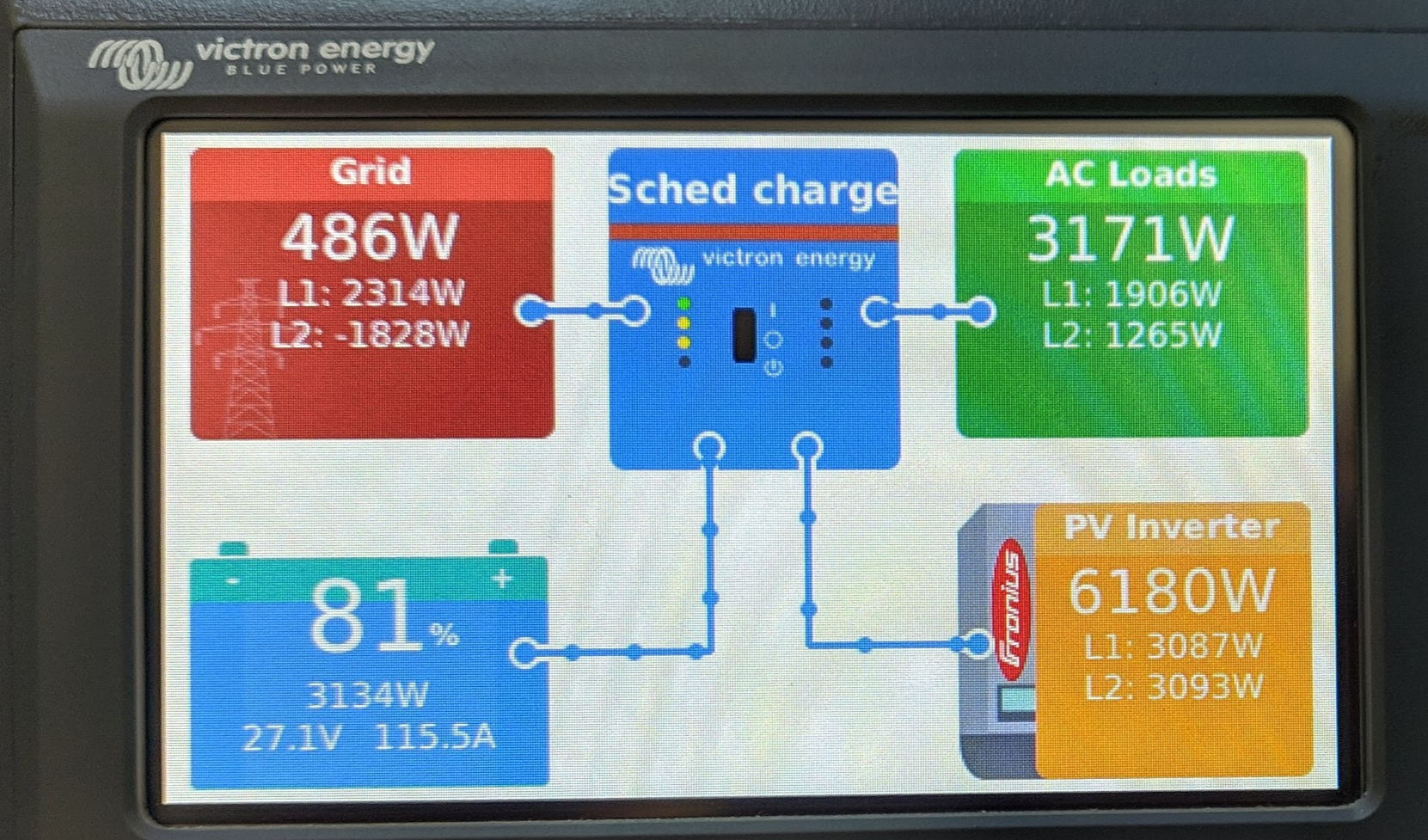 So I think it knows it needs to recharge, but for whatever reason is not able to.

Hi, I have the same problem. Fronius on output seem to provide only enough power to support the AC out loads, but does not contribute to the charging.

Why is Victron not responding to this question?

Any help or suggestions will be appreciated

I've got same problem with client.

Battery depletes to minimum soc then keeps battery there and only supplies load. Al devices have latest firmware.

@Guy Stewart (Victron Community Manager) please assist as it's an old post with no answer.

I had a similar issue and solved it by correcting Settings > ESS > Grid metering to Inverter/Charger. Please share your configuration and setup.

If you are using multiple parallel inverters then this might be a problem with the cable impedances. I had a similar problem of Fronius cutting back and the Victron inverters draining the batteries. I found that the AC input cables to my two Multiplusses were not identical.

After I had corrected the AC input cabling (AC output cabling was already correct), the problem was solved. When they say the cabling must be the same, they mean the same - same type AND length.

How to make fronius feed in limiting active, but can't edit modbus and DNO settings (lost service password on fronius)

Is it possible to use a 3 phase grid tied system used as UPS with AC solar?