Will the Fuse LEDs on Lynx Distributor illuminate without the 4-pin cable supplied with unit?

Trying to use the Lynx Distributor (and Power In) without the Lynx Ion Shunt or BMS (using BYD batteries). I had assumed the Fuse LEDs would illuminate with a working fuse in place and powered, however a line on the old Victron Live page for DC Distribution Systems suggests that this small data cable is used to power the LEDs (rather than taking power from the busbar itself). I cannot get the LEDs to illuminate - are the LEDs useless unless using the Lynx Shunt? Because Lynx Shunt uses CANbus, it cannot be used in conjunction with BYD on a CCGX (though I think VGX would support it).

12 volt to 5 Volt regulator - small and inexpensive on Amazon, used with the 4 pin short RJ11 cable supplied with the distributor: use pin out in below response for connections

Hi; indeed: it needs the RJ11 cable. There is no wide input (8 to 70VDC) power supply inside the Lynx Distributor

Thanks Matthijs, bit of a shame. What voltage does the LED control board require? 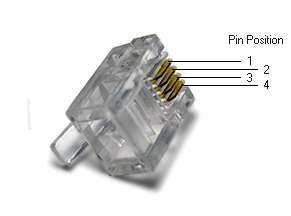 When all is OK, only the central led is green ; when a fuse has blown (or is missing) the central and circuit's leds are red.

Just finished making this work, I cut the RJ11 cable in half and striped the shield back to get at the yellow, black wires in side, the positive 5 volt goes to the yellow wire and the negative goes to black, I used the DC step down converter regulator in the above post from amazon, it fits inside the case of the distributor on the right side so is now a part of the distributor and works great!

I have a related post under Lynx Shunt no LEDs.

Q1. Which of the two (2) RJ11 ports on the Lynx Shunt should this cable be plugged into?

Q2. Should there be any voltage on any of the other pins (other than Pin 1? (as above)

1) Either of the left or right RJ11 ports (or both if you have two distributors) can be used depending on what side the distributor is going to be plugged into.
2) the cable is also used to communicate the status of the fuses on the distributor to the Lynx Smart BMS - if used - so I would not be surprised to find a return signal on the other lines.
For more details refer to the following documents https://www.victronenergy.com/media/pg/Lynx_Shunt_VE.Can/en/index-en.html

I have a Cerbogx with extra usb ports, wonder if I can power the LED board on my lynx distributor with an RJ11 to usb cable...

@midsummerenergy @mvader (Victron Energy) Confirming that I was successful in powering the Lynx distributor LEDs using the Cerbo GX.

The CerboGX has one USB port that cannot transit data (closest to HDMI port). I built a USB adapter using the supplied cable that came in the distributor box and spare usb A cable.

The answer to, your question is already here in this thread multiple times.

Fuse needed for the MPII 5000/48V and Pylontech batteries