I'm working on a customers narrowboat in the UK which has had a Victron lithium system fitted by another installer a few months ago. I've attached the orginal installers diagram which is how it's all been installed.

I've been asked to sort out alternator charging - Removing the CL 12/100 (which doesn't work and installer saying the latest version isn't like previous ones they used) and fitting a Mastervolt Alpha Pro external regulator to the Beta 43 175A alternator (using BMS charge disconnect signal to control).

I'm questioning how the state of charge relay is being used to break the Charge Disconnect signal from the VE.Bus BMS. As soon as the BMV hits 100% the allow to charge signal is broken and turns solar and alternator charging off so there's no real length of time in absorption. The cells in the 3* 160AH Smarth Lithium batteries are balanced according to the app.

Is it recommended that the BMV relay be used like this? Can't see it on any of the official schematics.. edit.. just spotted this one here https://www.victronenergy.com/upload/documents/DS-Lucians-Victron-Van-Automotive-Alternator.pdf

Wonder what other people think and if there's an official recommendation?

1. I could leave BMV relay as it is controlling the Mastervolt Alpha Pro and SmartSolar.

Thanks for any advice, Ed 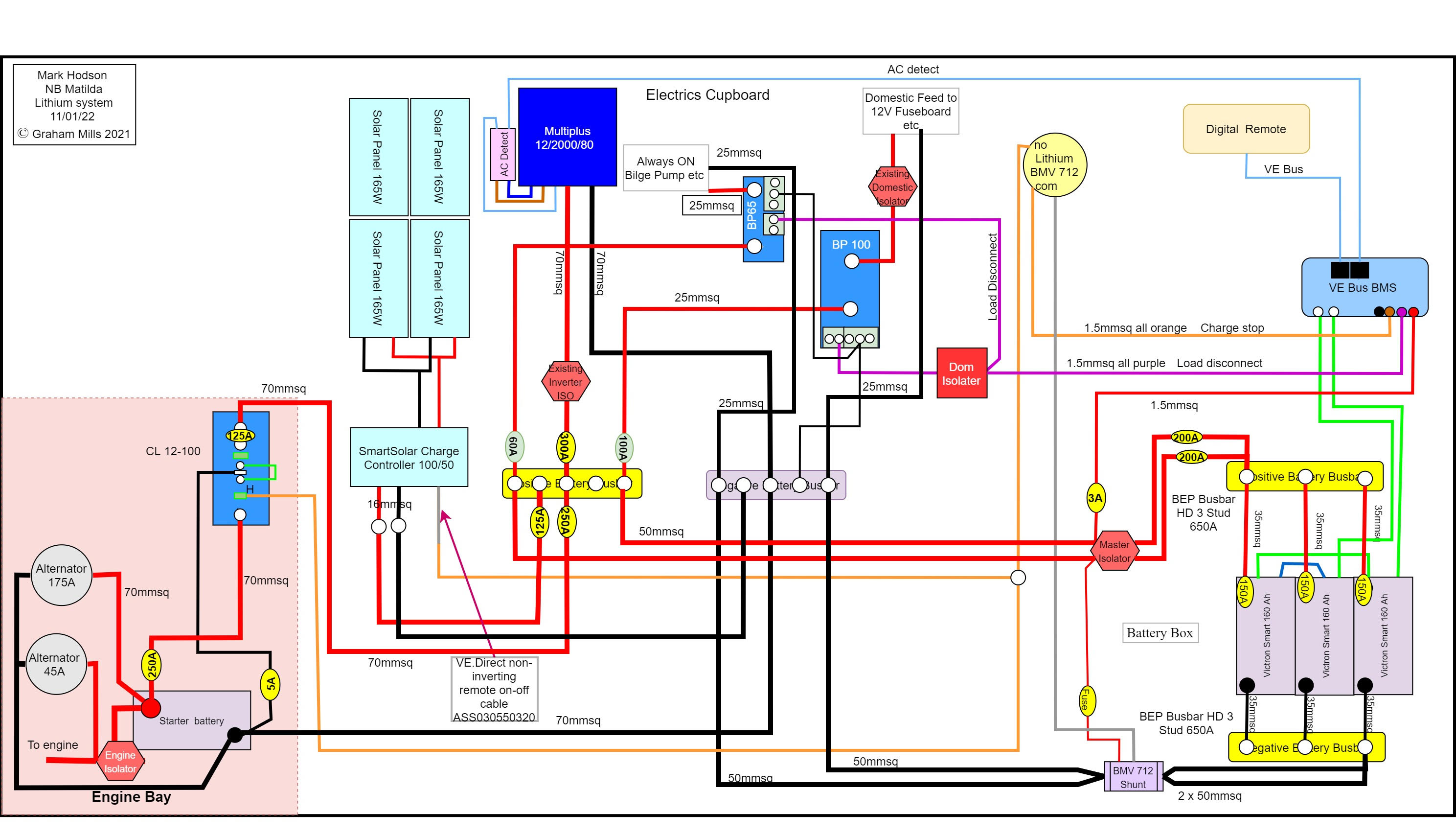 BMV for 2 batteries and a 3 way switch

Help, my SmartLithium doesn't allow me to discharge, says voltage is too low.