I have a Smartshunt ready to install as a DC energy meter on my boats domestic alternator, but this has the negative via the grounded case and engine. I also have a separate engine battery and alternator but they share the common negative return via the engine. This will add to the existing BMV702 on the domestic batteries. I have seen many comments that in this case, you need to have a shunt in the positive cable.

Thinking about this, I believe that I can wire it up in the negative cabling per the attached sketch. The negative return from both alternators splits at the new Smartshunt to separate out the current from the two alternators so it will only measure the domestic alternator. In the existing wiring, the alternator negative, the ground and the engine battery -ve all connect to the -ve bus and this works OK with the BMV. The boat is steel hulled and it is not used for any negative returns, everything is fully wired to the -ve buses.

Am I missing something in my wiring layout. 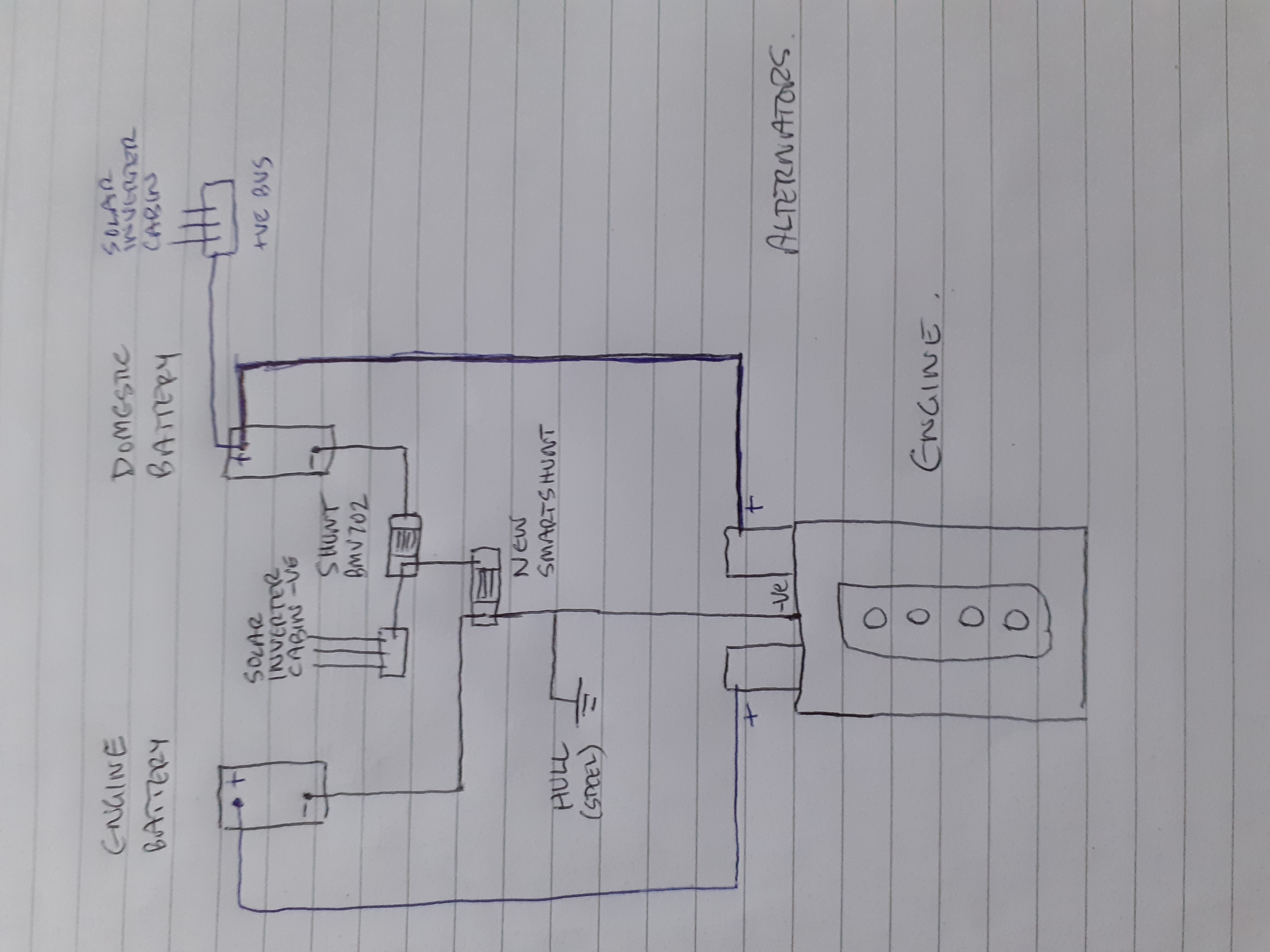 Hi @pwfarnell how did the project go? Provided you do not have any stray domestic negative connections using the hull as a return path this should work. I have lithium batteries and Lynx BMS for the domestic and agm for the engine so have used isolated 2x Orion charges (2 engines) to achieve a similar effect and have the shunt in the domestic -ve side of the Orions. Happy to share diagrams if you like. Sarah.

pwfarnell commented · Nov 10, 2022 at 10:57 AM
I have not had time to do it yet, all the parts are in my workshop waiting including a Wakespeed WS500 and the SmartShunt will now be a dumb shunt as the WS500 will report alternator amps directly to the Cerbo GX. I believe that there is nothing using the hull so it should be OK.
0 Likes 0 ·

Where is my Alternator DCDC Shunt?