the system has been running for about 4 months and is working great and I'm really happy.

In the last days I tried to connect a Honda ex4000s generator, unfortunately initially the system did not accept it, and I had to change the software settings.

With all these values set, the multiplus was able to recognize the generator and charge the batteries with a current of 20A.

On the CCGX, however, were not shown the watts entered into the system by the generator and Ac loads, for both loads were shown 0w, while in the detail of the battery was shown + 1000w approx. (This is the first problem)

I have noticed that the voltage of the batteries during charging varies from 54 to 57V in a few seconds oscillating up and down just before shutting down. It does not do this initially, initially the voltage rises smoothly and slowly. However, it does not report a DC Voltage ripple alarm.

I also noticed that the voltage and frequency of the generator varies suddenly before shutting down. The voltage goes from 215v (strange because the generator output is 230v) to 236v while the frequency goes from 50hz to 52.8hz after which the multiplus II shuts down.

Another thing I noticed is that the status of the charger doesn't reflect the state of charge it should have, even if the batteries are discharged, the "Absorption" function comes on after a few seconds instead of starting in "Bulk".

The change in voltage and frequency could be the change in load, but why is the multiplus shutting down ? With the current settings according to the Victron manual the multiplus should be compatible with any generator, simply having less efficiency.....


Thanks in advance for your help 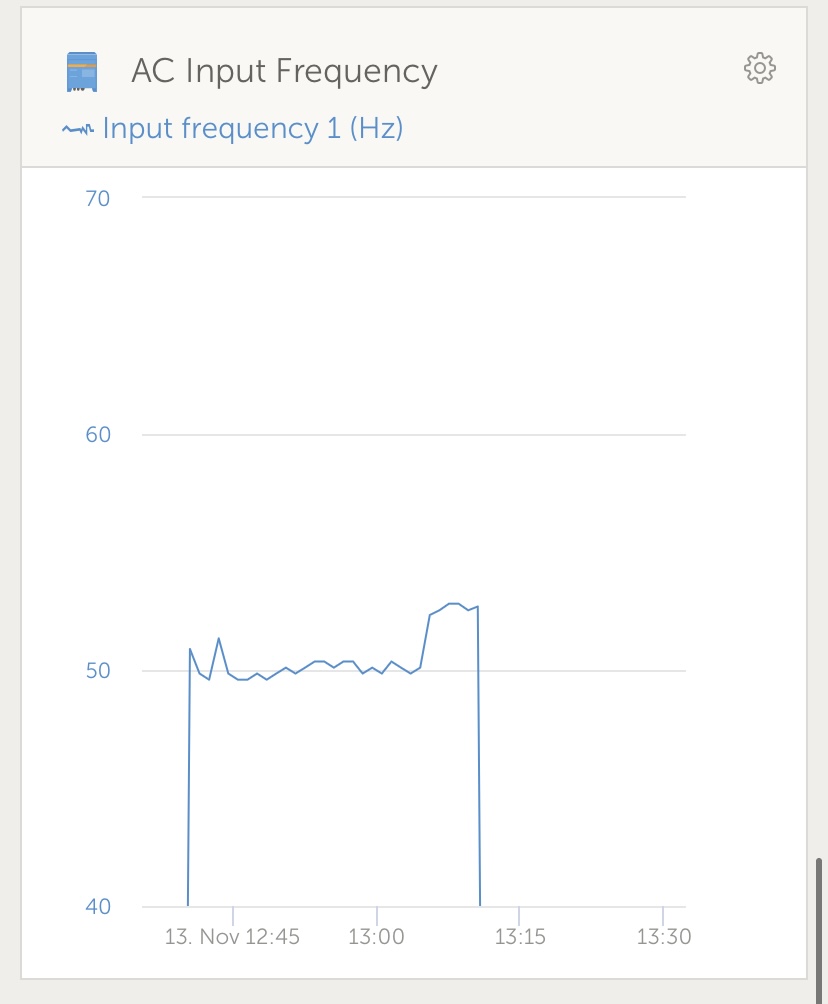 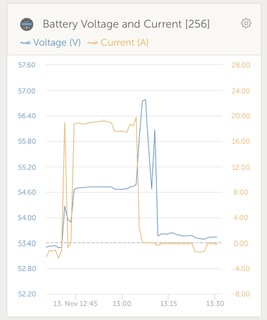 Try to limit the maximum current from the source to a value that the generator can safely supply (in mlultiplus).

Is auto thottle switch of the generator in ON?

Sorry for the late feedback and thank you very much for your advice.

Yesterday, however, I had problems charging the batteries, and since the BMS was going into protection due to the low temperatures, I disconnected the solar panels and switched on the generator.

Everything worked perfectly without any problem without voltage fluctuations and without shutting down the whole system.

then after an hour of operation I reconnected the panels to charge the batteries faster.... at that time the voltage began to fluctuate and the system went into protection. for this reason I came to the conclusion that I can not charge the batteries with the generator without first disconnecting the mppt.

At the moment, the only solution I can see is to fit an NC relay, powered at 230v, which will be fed directly from the generator, so that when the generator is switched on, it will open the contacts and disconnect the solar panels.

also, the CCGX never shows how many watts are drawn from the generator, it only shows how much is fed into the battery, same with the AC1 conusm, it is not shown, i guess this is because the current is drawn directly through the generator. should i mount a current sensor ?

Where to purchase a V-Sense Cable?