This post is intended for all people participating in the Venus OS Beta test program.

Yes, another update! This time only one change: the new Remote VE.Bus firmware update feature now refuses to start the update if it detects a VE.Bus BMS or DMC to be installed.

Its a limitation of those products, an update cannot be performed if one or both are connected to the VE.Bus.

With regards to this new remote VE.Bus firmware updates, all implementation is now completed except for updating the texts shown to the user on VRM. The rest that remains is extensively testing it.

The status & plan for v2.65 remains unchanged: a few more other new features as well as fixes are still to be done, and the goal remains to release and finish this version still this month.

The photo shows the GpsMap 8412 screen with resolution

In a few days I will check how it works on the Furuno TZT3 12 "screen. 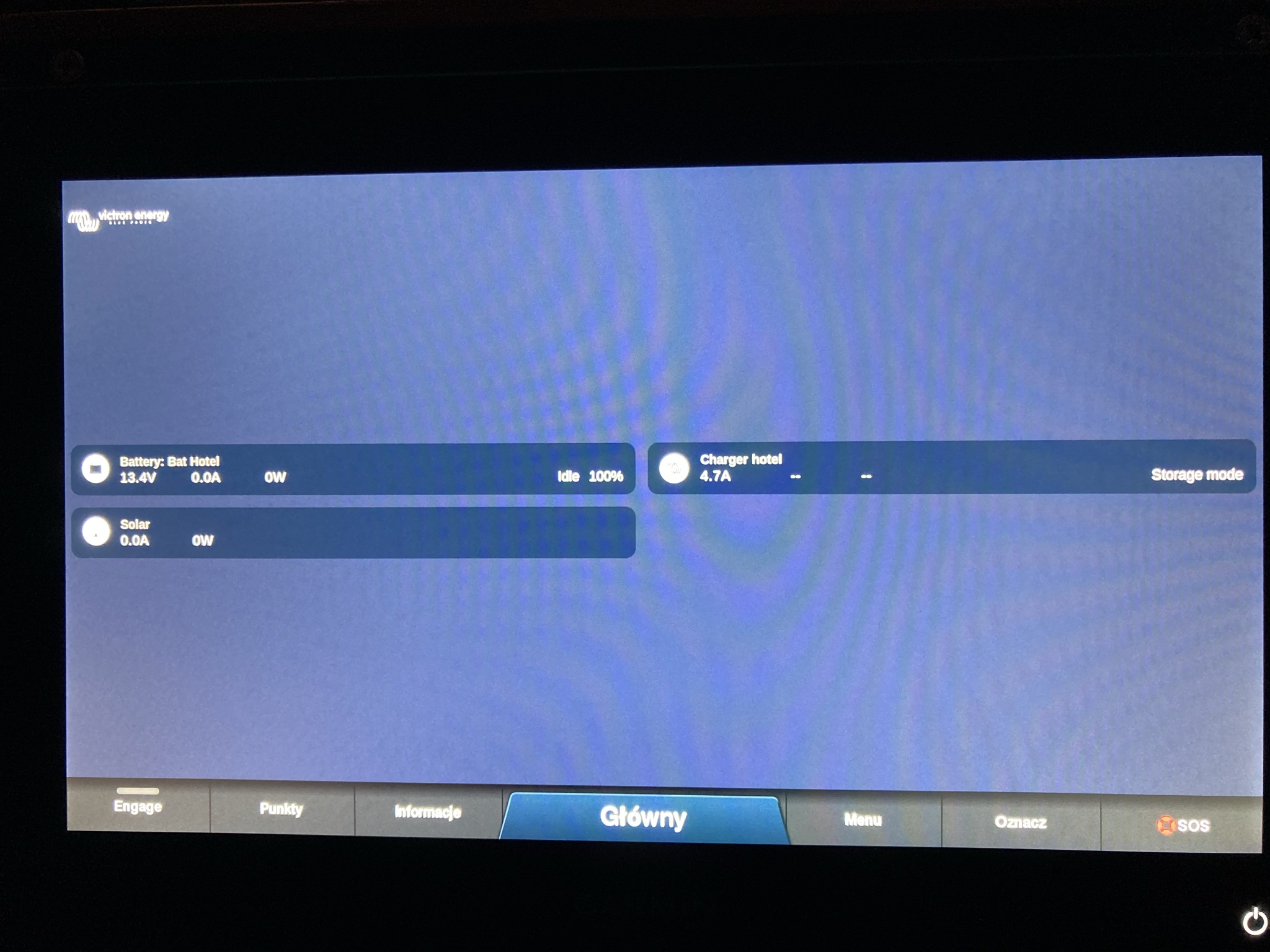 hi thanks also for the screenshot; good for me too see that. At least now it uses the full screen. In the background (but thats a longterm project) we're looking how to much better do this, ie such that you don't have an almost empty screen showing small numbers.

In this RC, the time it takes for the system to get real-time update at the VRM portal seems to be longer than previous RC, at times it could be upward of 2 minutes.

Obviously this is not too much of a problem, just obversation. I'm sure there are other more pressing issues should deal with first and this little performance optimization can come later.

Thank you for your hard work, guys!

Are you sure? Does going back to the previous version makes it faster for you?

Yes, it seems the stable version will switch to realtime faster.

For the RC6, only the first refresh after not monitoring it for a while (1 hour plus) will take long, subsequent refresh is fast like the stable version.

hi both, ok thanks we'll check on this.