I am using a color control GX on my boats system, it is connected to a 4G Wifi router, Since this week I notice quit high consumption of data, which could only be used by the GX! (4.5GB in 5 days!)

Could it be the new version 2.60 is using more data?

And/ or will the new VRM protal use more?

I have noticed the same, even slowing down my Mac when I have VRM open. I have quite a few systems on my profile though

The new real time monitoring feature of VRM will use more data when it is active and open on a device. If you are not actively using it (an open and foremost browser window open to VRM displaying the dashboard), then it will use the same data as before (uploading every 1 minute, to 1 hour, etc, depending on your GX setting).

How much extra data is used will depend on how many devices you have on your system.

I have set an iPad up in my living room, and during the day it nearly permanently displays the VRM Dashboard for my home ESS system (2 MultiPlus, 2 MPPT, managed lithium battery, grid meter, AC PV inverter) - it is downloading about 125 megabytes a day. That is a lot more than it used to, but still much less than your 900 MB/day.

Note that for VRM to work, the data needs to travel in two directions. The GX device has to upload the data, and the 'computer' has to download it. So depending on how you are billed for your service, the ~125MB my iPad is using might be counted twice (once for the upload from GX to VRM, then again for the download from VRM to iPad). So a total of ~250MB.

For now to disable to the real time update feature, you can disable "Two-way communication" in the VRM menu on the GX. In the future it will also be an option to disable realtime data and still leave the other two way comms features enabled.

While using our cloud based VRM is the simplest and easiest way to go, there are also option for high resolution local monitoring of your Victron power system that will not require an internet connection at all - but this requires a lot more effort on you part and is not officially supported - see here for more information.

I will keep the browser closed the and check !

I encountered this too! The vessel I monitor started on its voyages for the summer, so I was sitting on the VRM advanced page (in addition to my own monitoring page). I had also upgraded the CCGX firmware to the latest, and changed SIM providers.

In monitoring the new SIM, I was hitting 63 MBytes/day at a cost of C$15/day! With three items changed I wasn't sure which was the root cause. I didn't consider the VRM page until I saw this post. Going off the VRM page resulted in the daily data consumption dropping to 9 MBytes. This matches my previous observations with the old SIM & firmware (& no VRM page up).

As I don't want to disable 2-way communication, as accessing the CCGX remotely for troubleshooting is a very good tool (if a bit painfully slow). So an option to disable these "realtime" updates would be appreciated. 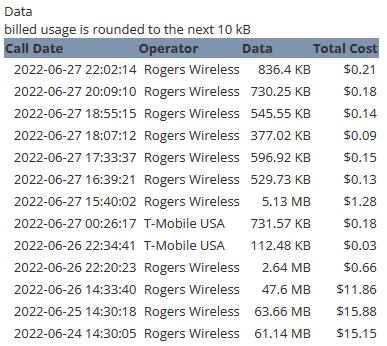 We have made this realtime data setting adjustable, so you can still benefit from two-way communication WITHOUT the additional data consumption of the realtime data feed. 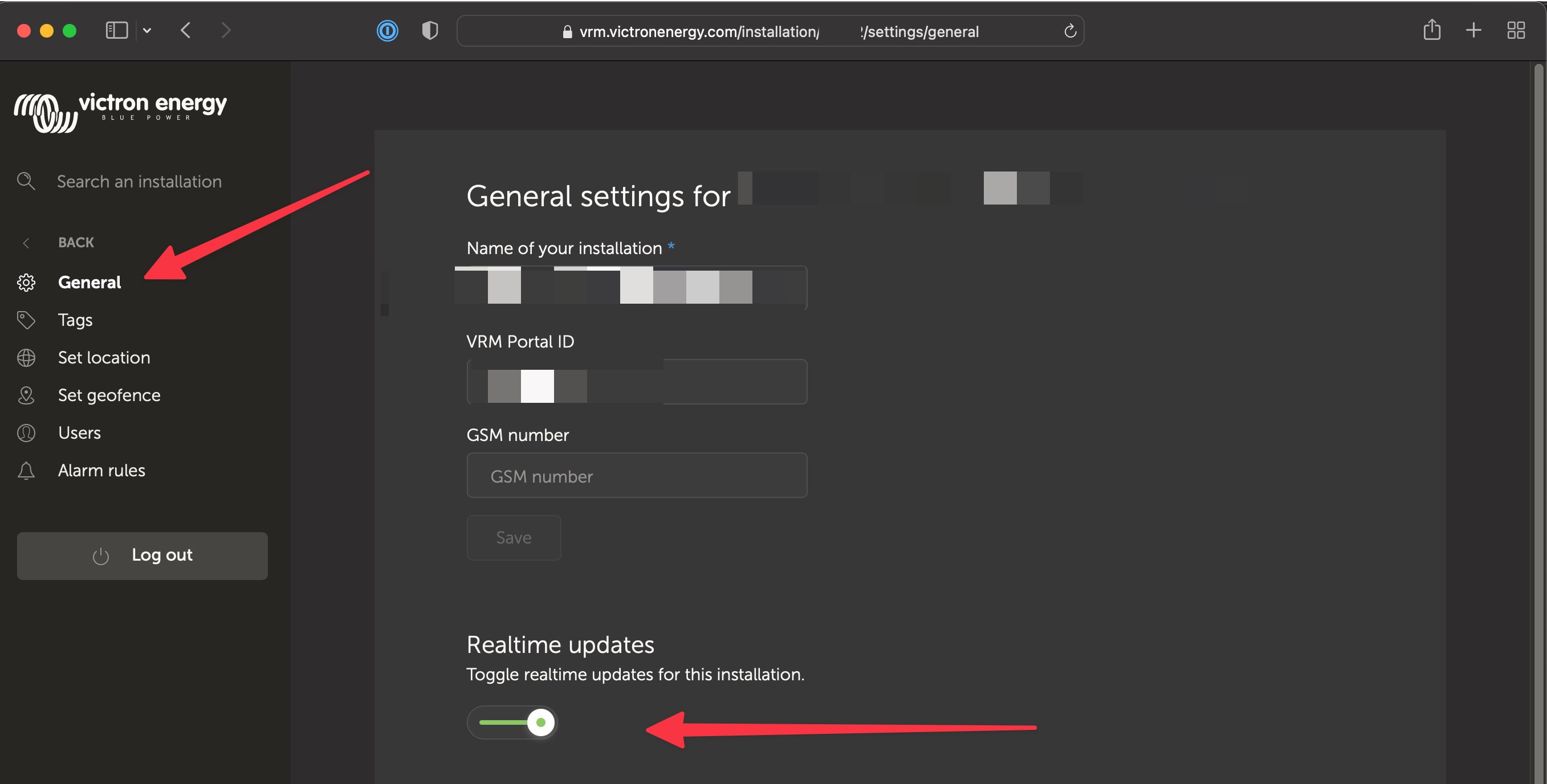 Brilliant! Thank you very much for pointing this out.

Last update to VRM showing "in an hour"