Are my LiFePO4 batteries dead?

I bought 4 Weize 12.8V 100ah batteries in batches of 2. I hooked up the first 2 and they worked until they lost their charge, but the MultiPass 3000 I had would not charge them. When the other 2 batteries arrived I hooked them up in place of the first 2 and everything worked great (I haven't hooked all 4 in parallel yet). They have kept their charge for 24 hours and when unplugging shore power everything stayed on. Doing this test with the first 2 shut everything off as in there was no power coming from the batteries. With shore power connected, the MultiPass and BMV-712 say the batteries are receiving 14.2 volts which I'm assuming is to charge them. When I unplug shore power, I get low battery warnings and a reading of 8.2 volts. After disconnecting the batteries and testing them individually with a multi-meter, I get 1.4 and 1.5 volts. Doing the same test with the newer batteries gives me 13.3 volts which is the absorption setting. I just plugged one of the bad batteries in by itself and took some screen shots. I can use the VictronConnect app to turn off the charger and the 12 volt lights dim, but stay on and I get low battery warnings. Doing this procedure with the good batteries shows no noticeable change to light intensity, but I can see in the 712 that a load is being taken from the batteries. When I was test wiring the first 2 batteries I accidently shorted one battery by placing a wire across the negative terminal of the same battery when I was trying to reach the second battery. The voltage on that battery then read 1.4, but the other battery still read 13.2. I figured I just discharged the one battery so if I hooked them both up in parallel to the MultiPass that it would charge the first battery, but not the second one because it was already full. I'm new to this all so I'm not sure I should have put a fresh battery with a depleted battery in parallel to be charged, but that's what I did. After a few hours, I disconnected the shore power and everything went off. In other words, the batteries couldn't supply any energy for either the 12 volt system or the 110. I disconnected the batteries again and this time both read 0, not even 1.4. But after a while, they read 1.4 and 1.5. The second battery was fine, but it appears that connecting it in parallel to the depleted battery somehow damaged it. Again, putting either of the first 2 batteries by themselves connected to the MultiPass would attempt to charge them, but as soon as I disconnected them they would read a low 1.4 or 1.5 volts.

So, do I send the first two batteries back? Is there anything I can try to revive them?

Thanks for any help. 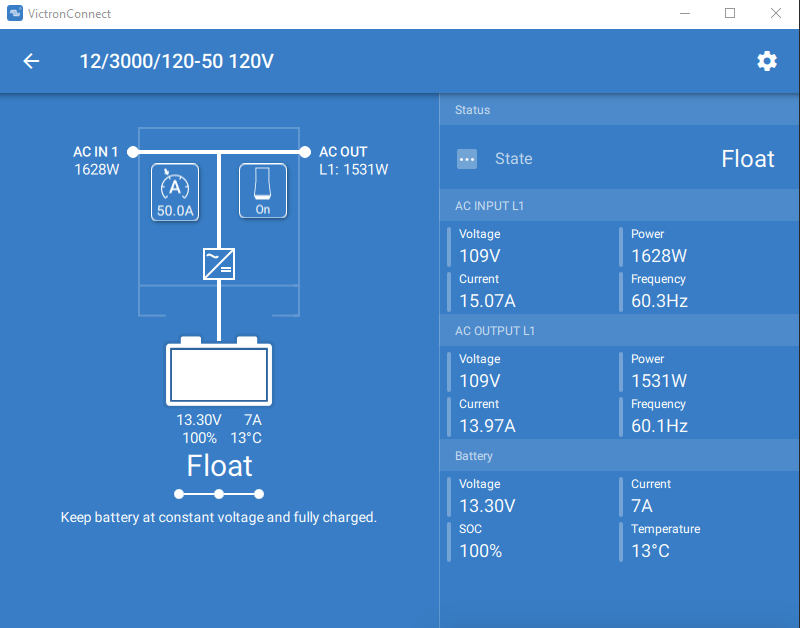 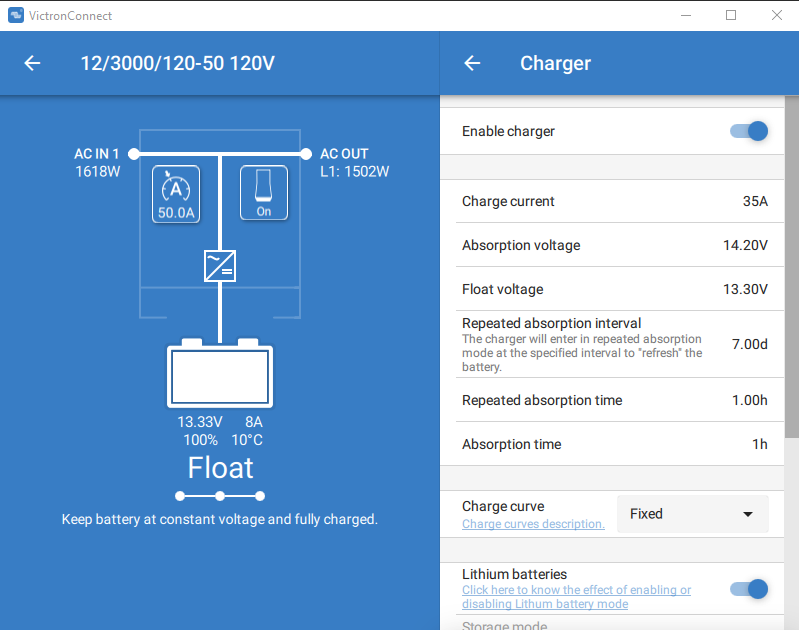 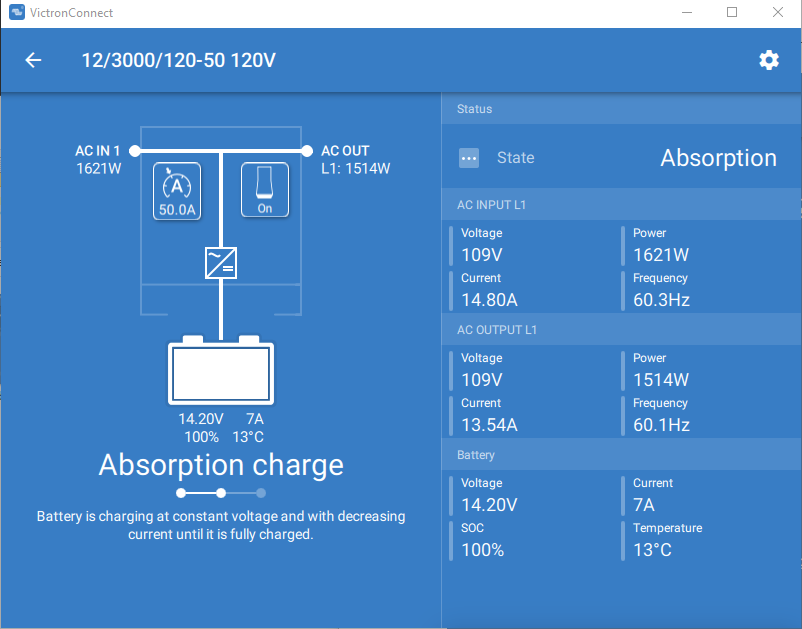 BMV-712 with bad battery - no values for Current and Power. 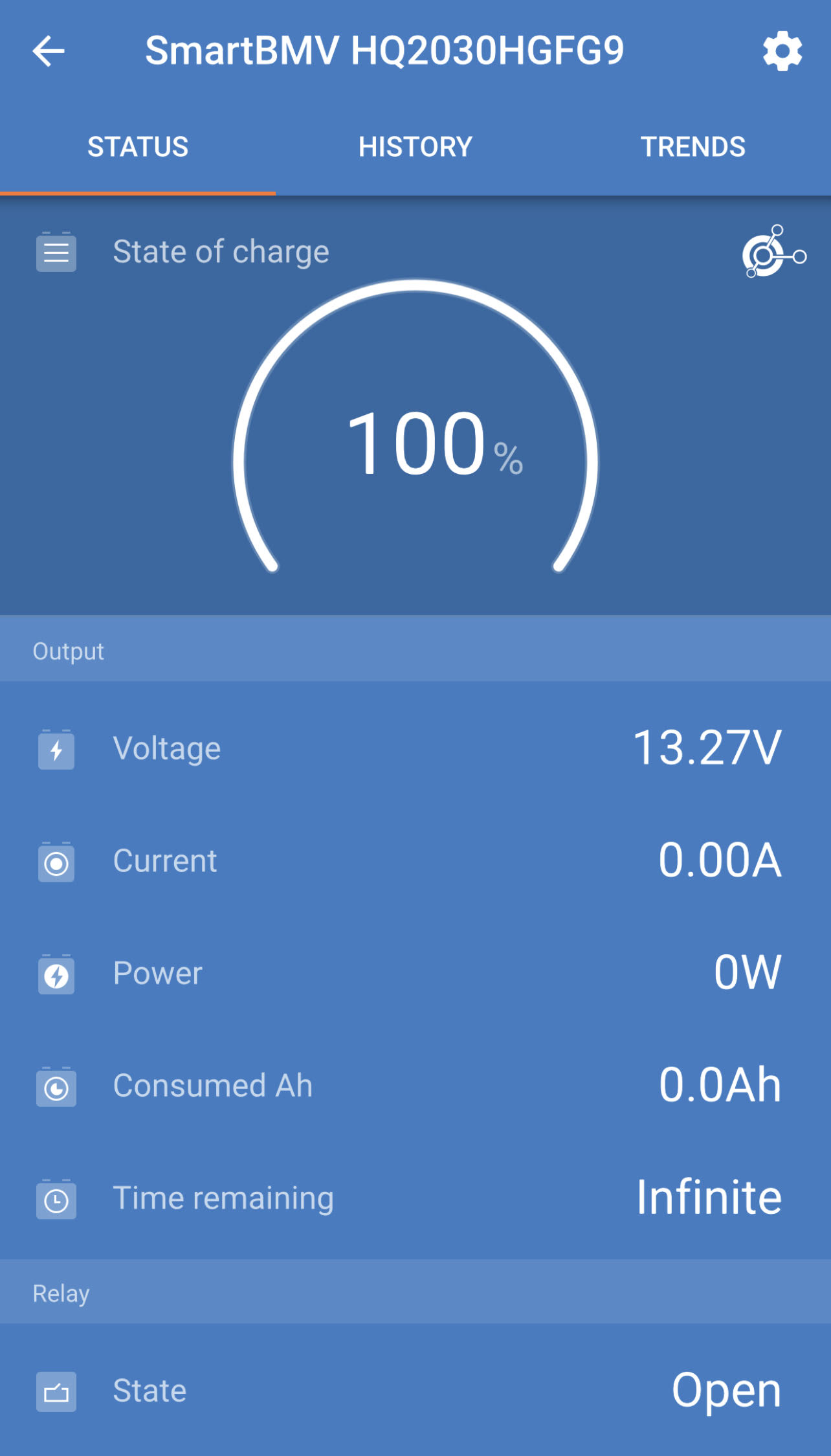 BMV-712 with good battery - notice the Current and Power actual have values. 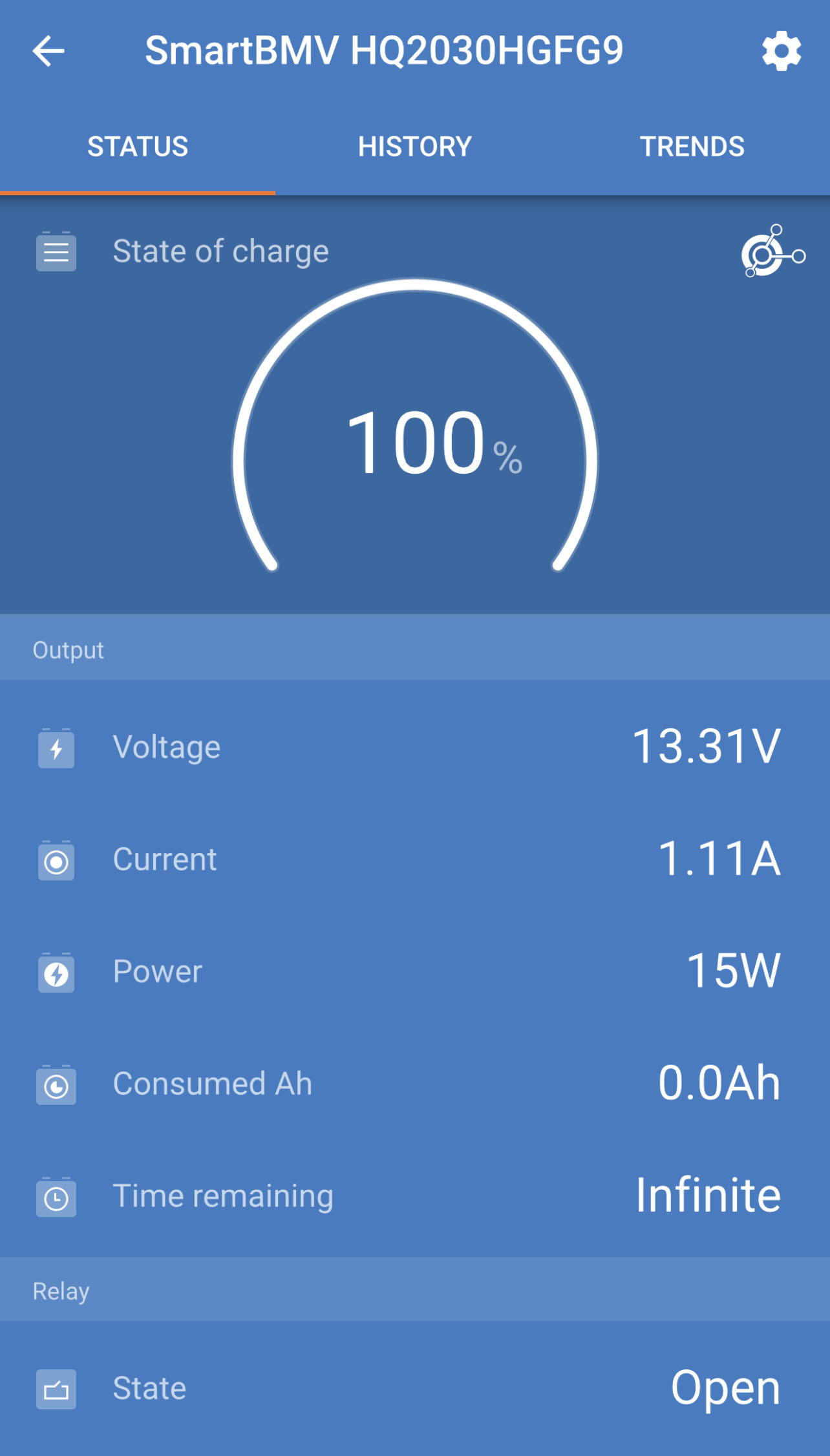 I trust this is your battery?

It has an internal BMS, which should be able to protect the internal cells from most abuse, but can be overwhelmed.

Connecting a fully charged Lithium battery in parallel with a fully discharged one would result in a current of hundreds of amps. I would expect the BMS inside to have protected the "donor" charged battery, and would have protected it from over discharge.

So, to resuscitate your broken battery - if it is over discharged the BMS will still be preventing any discharge and could be in safe mode - fully disconnecting the outputs. There is a system to awaken the BMS in this instance, not something I've any experience with but I understand applying a stable voltage in the lowish lithium range (12-13V), or better still just trickle charge with a fixed 1-2 amps at whatever voltage that results in. This is where companies talk about chargers with Lithium modes that can automate this process for you.

Assuming you can't claim warranty, next step would be to open up the batteries and measure the voltages of each cell individually. People on youtube have done lots of videos on this sort of stuff. You can replace individual cells if they're dead, and even the bms with parts bought cheaply of aliexpress for instance. Look at Will Prowse's youtube channel for inspiration.

As this looks to have a BMS that has over current and over voltage and under voltage protection it is most likely both these batteries have gone into protection mode. as mentioned above they need to be woken up or brought out of protection mode. Some batteries require a resistor which is place between the positive and negative terminals for 1 second to wake them up. Some require a voltage to be applied. The supplier or manufacturer should be able to give you details on what the correct method is for your batteries.
It is important when connecting them in parallel to ensure the voltages are the same or within a few mv.

I would suggest trying to get hold of the supplier or manufacturer and telling them they have gone into protection mode due to under voltage and how do you wake them up.

Is it safe to charge a Victron Lithium battery with a non-Lithium rated charger?

Are those Victron BMV, MPPT and battries recommended settings good?