As far as I am aware, currently in the Consumption View in VRM, the From Grid portion only accounts for loads that were directly powered from Grid. If your loads are lower than the allowed input power (per the current limit that is configured) however, the grid is also recharging your batteries on the side. If later grid is unavailable and you are powering loads by inverting from batteries, than this consumption only shows up as From Battery although that energy really originated from the Grid. Is there a way that we can account for how much battery charging from grid takes place to make the Consumption view better reflect where energy actually originated from? I would like to be able to easily see, of all the energy used by my system, how much came from grid vs how much came from solar. I suppose the same will be true of Generator as well. 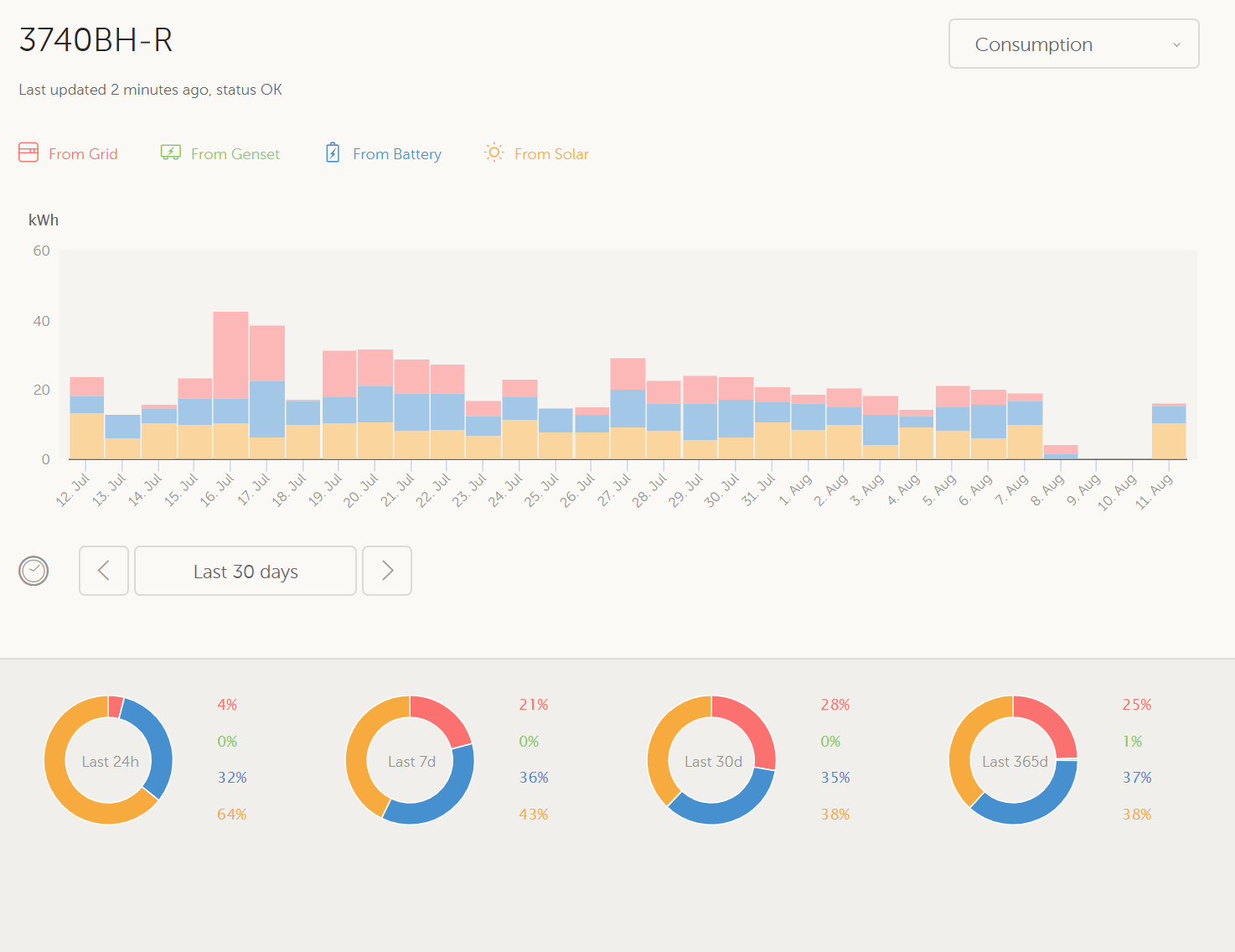 vrm advanced data display goes back to July 2020 on update

Webhooks on VRM API or GX - Alerting on Grid Loss