I have encountered a couple of odd unexpected issues during configuration of my two Multiplus' in parallel. System as described in earlier post.

I started by running VictronConnect and used that to update both inverters firmware to 5.01.

I then used VE.BUS System Configurator as per the Victron professional video to configure the inverters as a parallel pair, then used it to launch VEConfigure for each inverter. Two issues were encountered:

2) During ESS wizard setup on the second, it failed to ask me to set the aspects such as restart offset or dynamic cut off values. I have run through duplicating the configuration for both inverters a couple of times now and both times it failed to ask me for these values on the second inverter. This seems odd - did I miss a step or setting or something, or is this normal for a parallel system?

ESS summaries for each inverter are posted below - odd large difference in the "size" of assistants too?:

Appreciate if someone can shed some light on the second issue in particular. 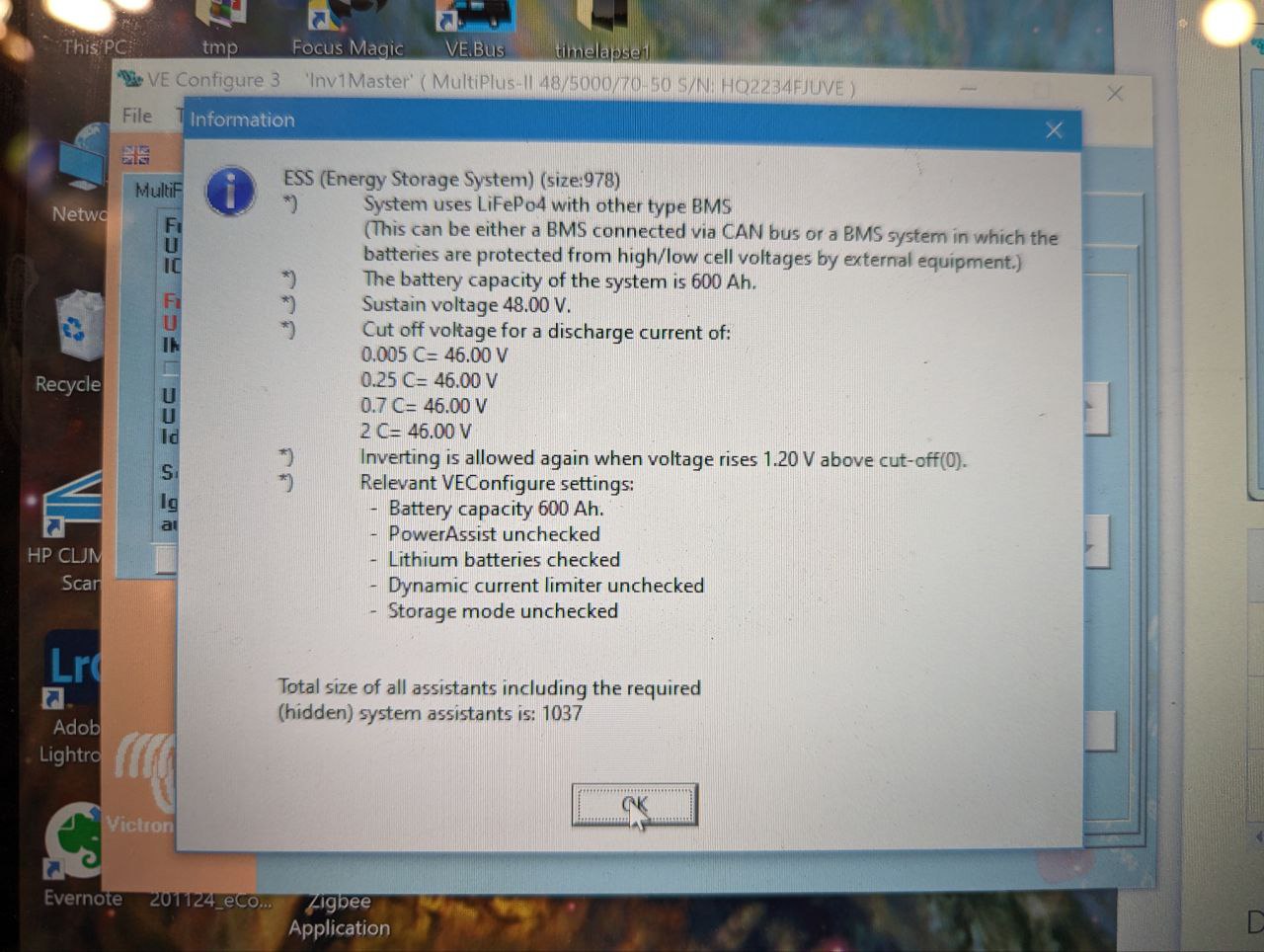 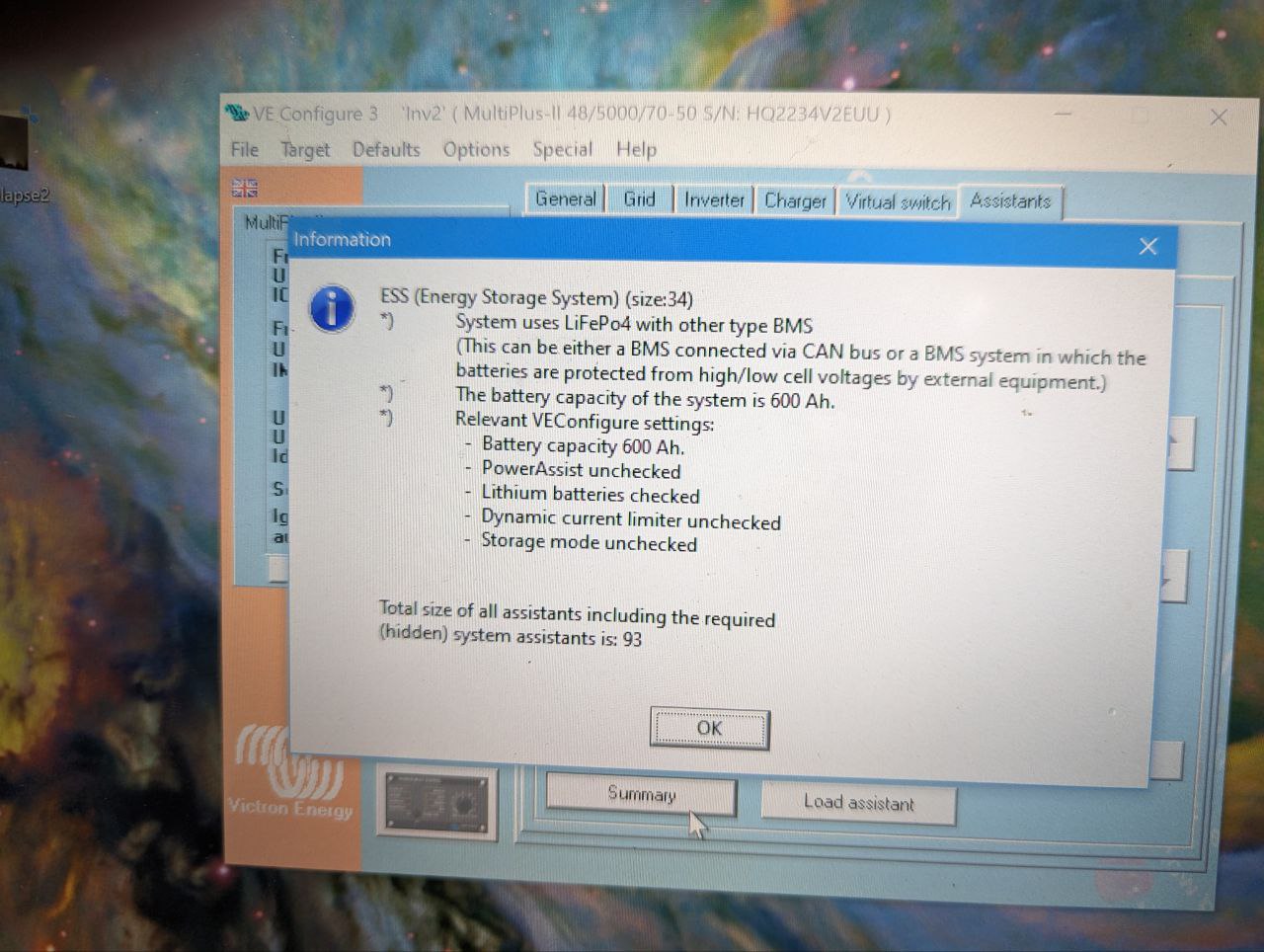 For a 2 Multi system, my suggestion would be use V.E.Bus Quick Configure instead, it's simpler to use. My thought where you say you 'backed out' is that by doing this you effectively still have two stand alone units programmed.

During ESS setup on a parallel systems, some of the parameters are not asked for when programming the slave, this is normal.

I believe its is configured as a parallel system OK, it's just that the VEConfigure for the second inverter had these oddities.

Thank you for confirming that: "During ESS setup on a parallel systems, some of the parameters are not asked for when programming the slave, this is normal."

That was the key bit of confirmation I needed!

78 People are following this question.

ESS: Can Pylontech batteries limit inverter output during day when SOC 100% and loads run off solar?