I have a Multiplus II 10kv and a Pylontech battery stack (A/C yet to be hooked up): 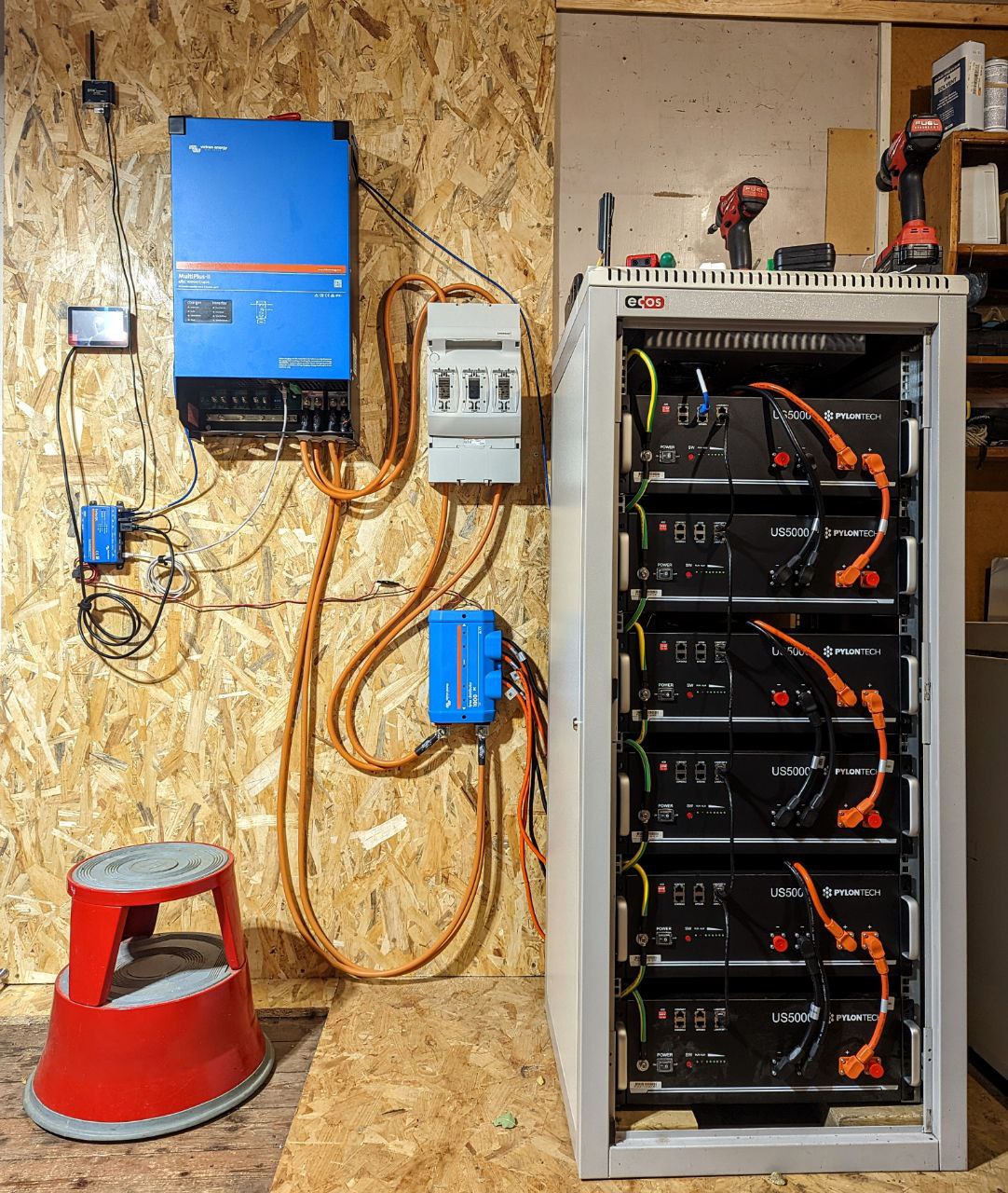 This is for time-shifting grid-connected energy storage.

I bought this as a kit from Bimble Solar in the UK. The DC cables between the Lynx Distributor and Multiplus are pre-made. I don't have a crimping tool, so had to arrange the setup within the constrains of the provided cables.

Due to supply constraints, instead of a ANL 400A fuse and a DC isolator as originally planned, this was replaced with a Mersen Multibloc Fuse/Isolator. A 400A fuse was provided for each of the two positive 50mm cable connections.

1) Two 400A fuses seems wrong. As these are arranged in parallel shouldn't these should be twin 200A fuses to meet the 400A requirement?

2) I understand the recommendation is for a 400A fuse between MultiPlus and batteries, and that this is more to protect the cabling than the equipment, but as the three 125A fuses in parallel are below this rating, couldn't I could get away without the Mersen fuse/isolator altogether and instead simply have a 400A rated Isolation switch?

4) Any other comments/observations/recommendations on the setup as described?

1) 400A is the recommended size for the DC disconnect. If those cables short they will blow amps from the bank will make sure of that, so no worries there. There will also not be nuisance blowing from being too small and getting hot.

I prefer the ones you can pull to open and disconnect the batteries, they satisfy two requirements for safety in one.

Nice to see someone with a decent battery bank size. So two thumbs up there.

3) the heat shrink seems to be the way.

The battery cables are abit long are they under 2m? Looks like the return oath is much longer, in that case the 70mm² x 2 would have been a better choice. Or a 1x 140mm²

Yes, I guess I have dual protection which is good, but it still seems that parallel 400A is effectively 800A which seems way too high...

The Multiplus II cable recommendations says 2x50mm up to 5M, so hopefully OK (its 1M) - neutral cable being a bit longer than required is a consequence of not having my own crimper and taking what I was given length wise :-). Hoping sparky coming to do A/C side has a crimper so I can adjust DC cable lengths...

Follow up - Thankfully distributor has kindly agreed to swap 400A fuses for 200A. The heat shrink solution to shield the external connectors has worked perfectly: 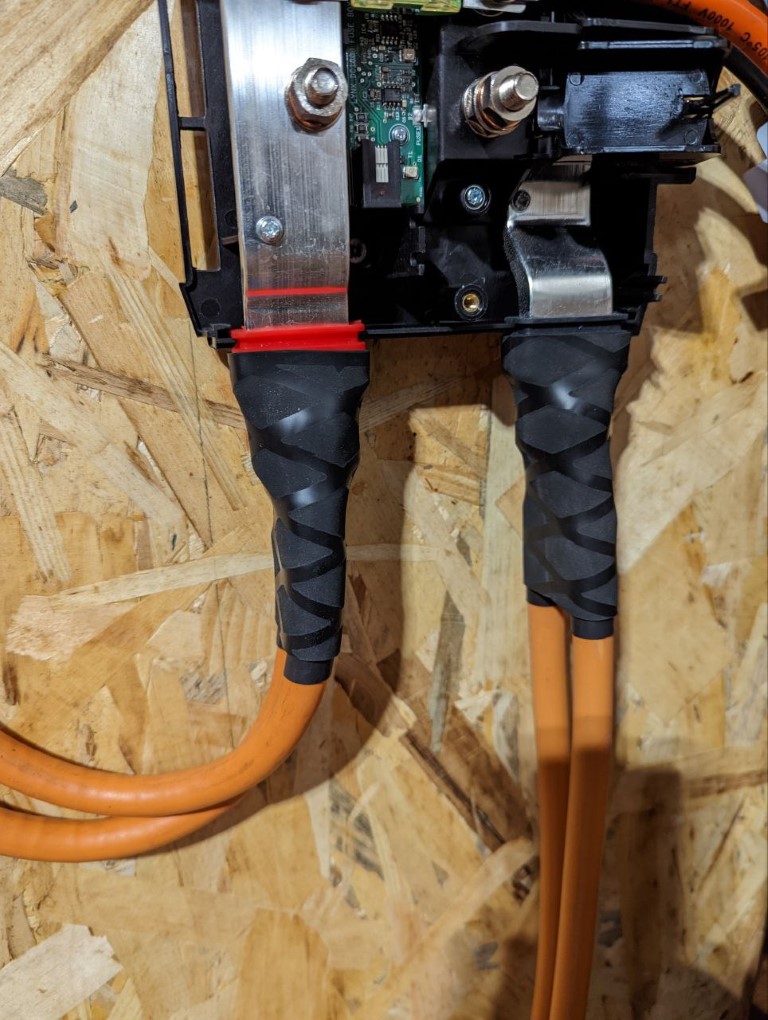 76 People are following this question.