I have a Smartsolar 100/20 and I'm looking at acquiring a BMV-712 and associated temperature probe.

I'd much prefer to not have to get another cable as USB ports are at a premium in my setup!

Thank you to everyone for all the responses! I had expected I'd need another VE.Direct interface, but wanted to be sure as I can't be the only person with this idea!

I've made a few changes since this photo (swapped the Pi 3 A+ for a Pi 4 and ditched the cheapo USB hub, battery cables etc etc), but this is now deployed in a field with some panels, some WiFi cameras and an electric fence energiser, so looking at getting a BMV to more accurately get an idea of my battery's SoC so I can report it out on the dashboard I have running on the Pi. Might need a bigger box though... 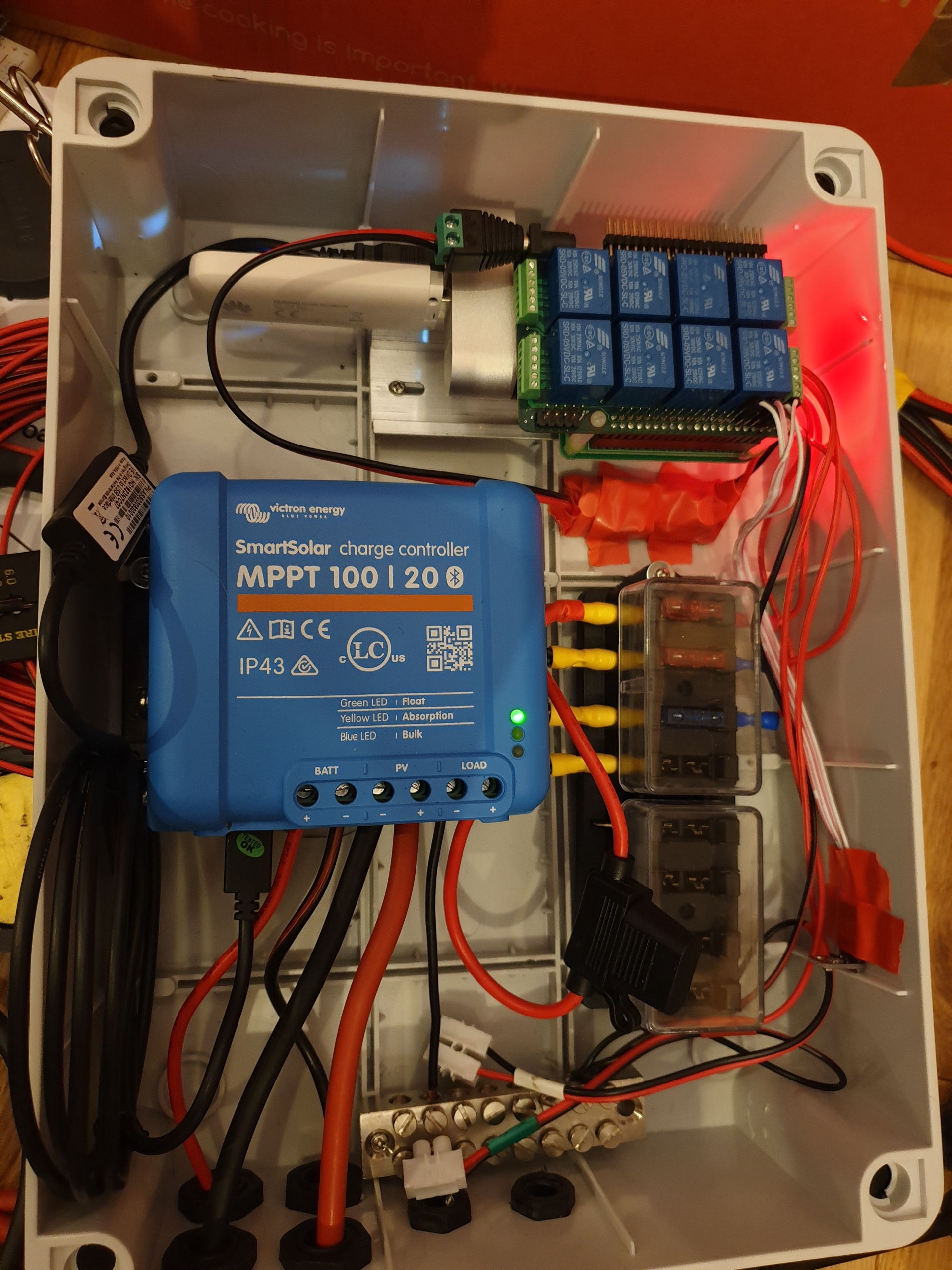 you are definitely going to need two USB cables. I currently do this. 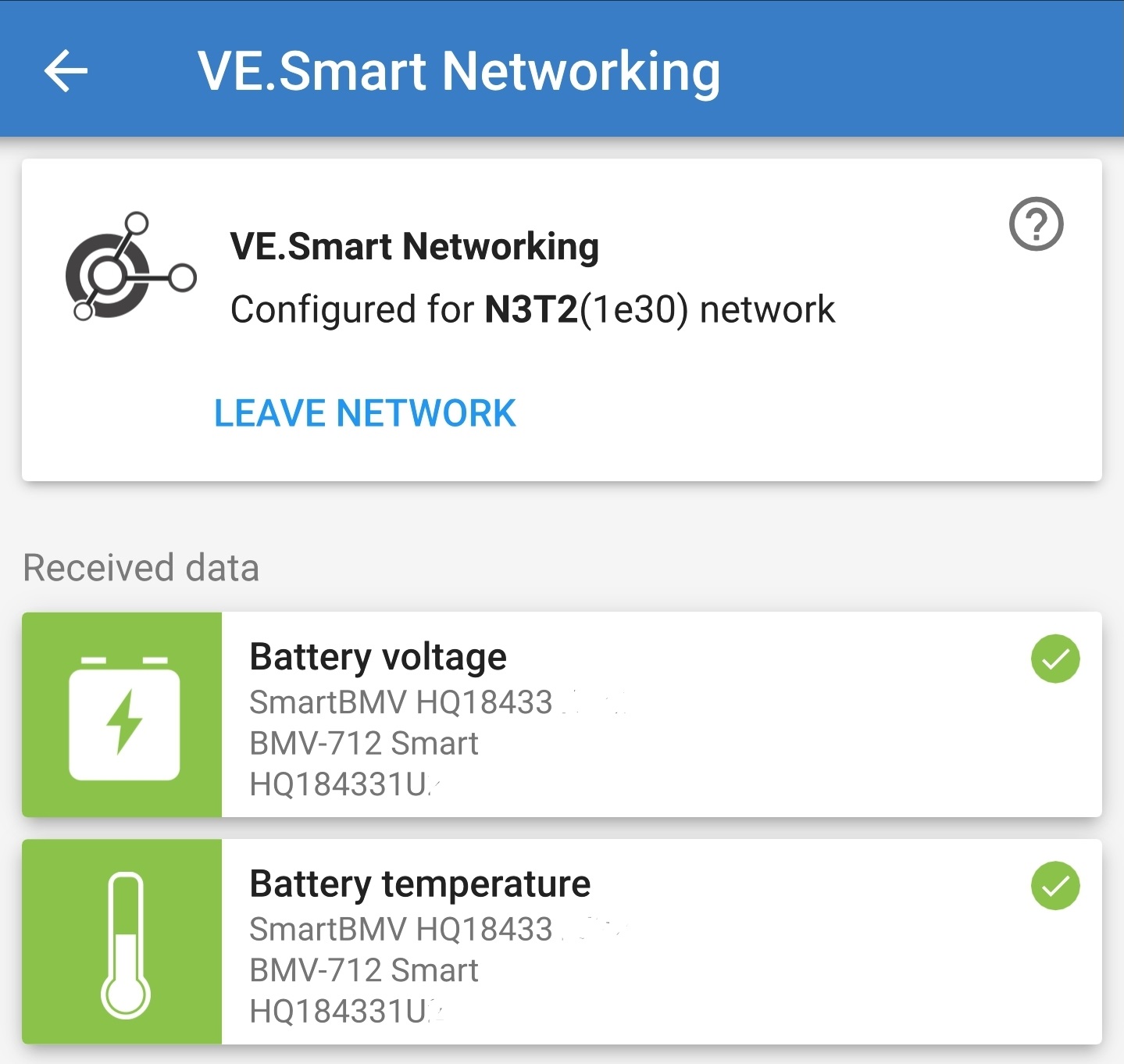 don't know if you can see it clearly, but I have two plugged in. 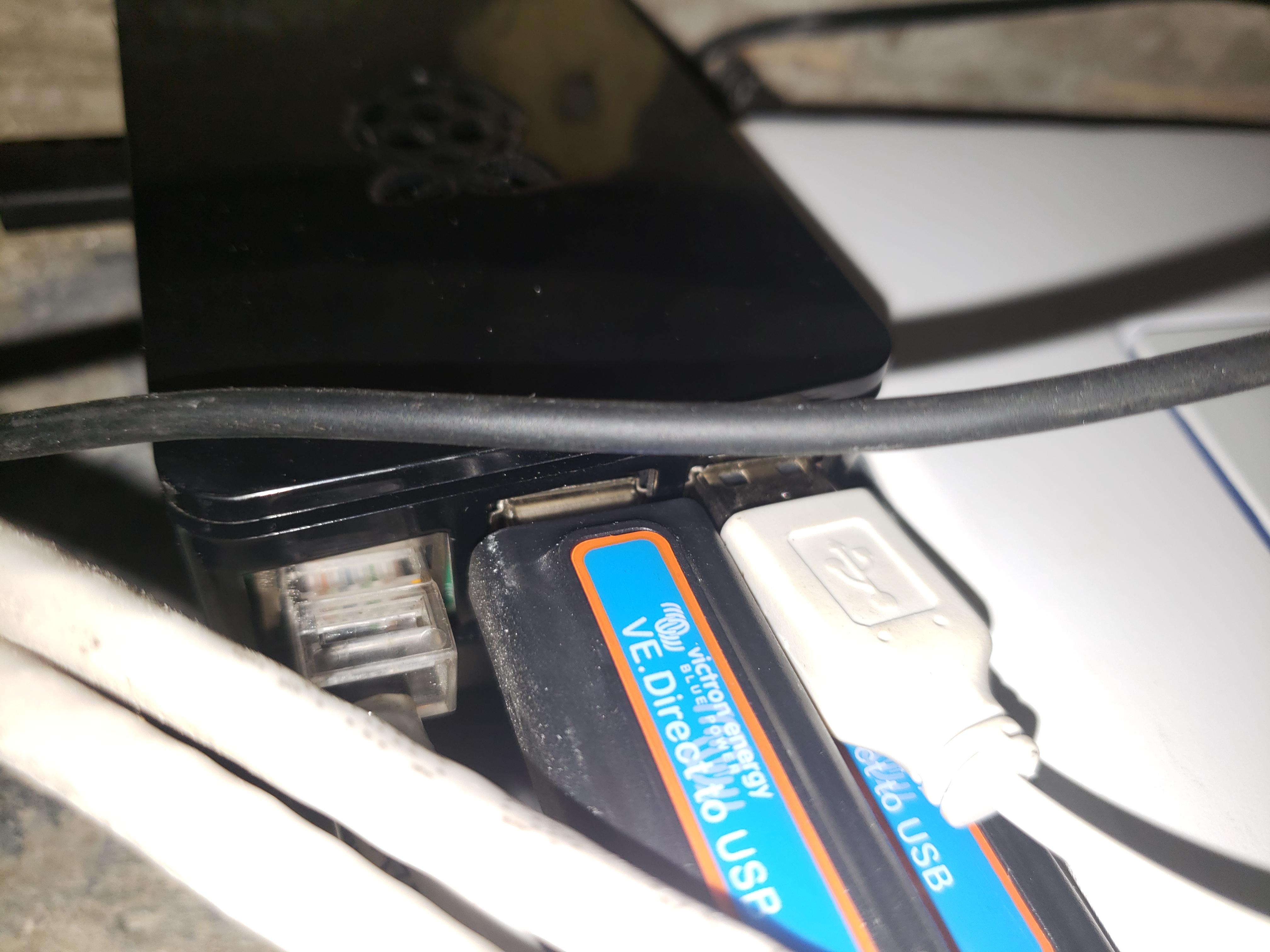 @frillip1, I'm unfamiliar with the Pi setup and what's needed for it (this may actually be a better question for the Victron Modifications Space here: https://community.victronenergy.com/spaces/31/index.html ) but I can definitely tell you that the BT interfaces for the BMV and the MPPT are two separate items; your BMV messages will not appear on the MPPT, and your MPPT messages will not appear on the BMV.

I'd recommend getting a Venus GX or a CCGX; these will integrate the information from both your devices and you should be able to output to your Pi from there.

Sorry, but yes you need a separate cable for each - regardless if you use a genuine Victron Venus device or a RPi.

The only difference is that with a RPi you need to use the more expensive VE.Direct to USB interface instead of a regular VE.Direct to VE.Direct cable.

The Bluetooth VE.Smart Network that you can create between the BMV and MPPT only shares limited information used for the purpose of improving the charge cycle.

i have a similar setup, and had two use two USB-VE cables connected to the PI . . . . it didnt connect properly via Bluetooth either way around.