I have the problem that per Multi on one phase never more than 1600 to 1800 watts are delivered.

According to the data sheet, this is the power to which the Multi is adjusted when the temperature exceeds 65 degrees.

I can't not explain the power limit. The ambient temperature is just under 20 degrees and I don't think that the electronics in quasi standby already reaches 65 degrees.

The behaviour is generally given even if the multis did not have to deliver a higher power output for several hours before and the battery has long been charged.

Is it possible to determine the cause of the limitation?

Parameters that are transferred to the VRM or can be called up via MQTT / D-BUS / Modbus? I have not found a way to query the temperatures of the individual multis directly.

The battery (a BYD B-Box) is not the cause according to CCGX.

In the case of simultaneous power consumption over different phases/multis, the battery is discharged and does not limit the power.

The battery parameter of the B-BOX for maximum discharge power is 105A.

The maximum output 1600 - 1800 watts per Multi correspond to 32A depending on the battery voltage (between 51V and 52V), which corresponds to the power limitation on the AC side. 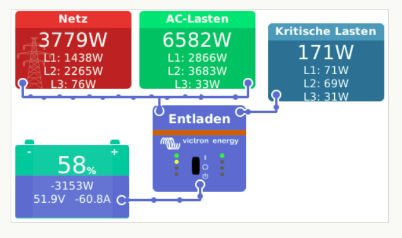 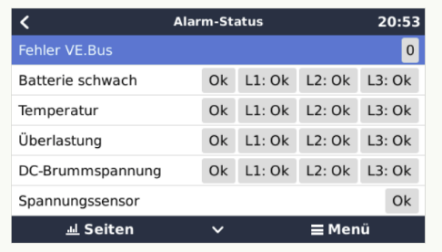 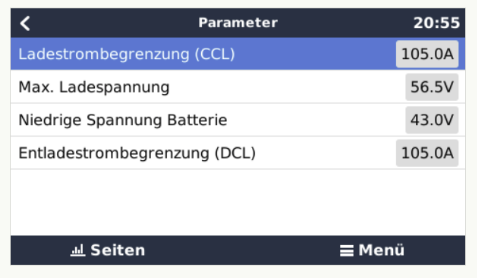 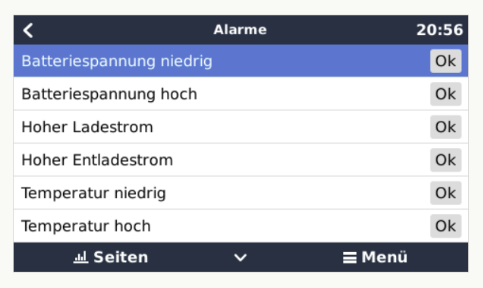 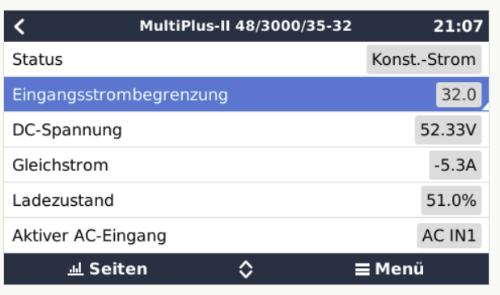 During the test of a mains disconnection and the behaviour of the multis (main switch to mains OFF and change-over switch to AC OUT of the multis) I noticed that the multis deliver more than 1800 watts. Without mains and without ESS I had the impression that the limitation didn't work.

Greetings from the black forest,

In addition a screenshot with load on a single phase. 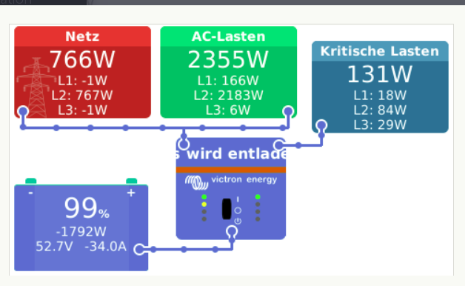 Just for all others having the same problem. The issue was fixed by flashing the Multis to firmware version (2628)453.

Now the Multis behaviour is as expected and the power of almost 2400 Watts can be used.

It would be great if nerds / non Victron dealers could also subscribe to firmware update newsletters.

Hi Martin; I was just logging in now to give you (and others that complained) the good news that we fixed this issue; to now read that you fixed it yourself already; :-). good!

For anyone else having this issue; update to latest VE.Bus firmware as well. Which at the moment is 453 for the MultiPlus-II and 431 for most other models.

Instructions on how to update are here:

Note that that erases all settings: we advise to have installers do such update and reconfiguring. Not end-users.

Updated to 2622431 when it came out, still appear to have the same issue though in mode 3. Will double check to make sure there aren't any limits in the request anywhere, but 90% nothing has changed

Hey Ben and others; we made a mistake: to make this work on version 431 for inverter/chargers models other than the MultiPlus-II, a new version of the ESS Assistant was also needed.

This morning we released ESS Assistant version 016F. To get it, start VEConfigure while connected to the internet.

I hope and expect that to solve it.

Updated and all appears to be working ok now, max seen this morning 2680w. Thankyou

No problem. Thank u anyway for your reply.

It would be great if nerds / non Victron dealers could also subscribe to firmware update newsletters.

We don't have a newsletter for that; But what we do have is https://professional.victronenergy.com; with all the change logs; and also an option to connect a dropbox link. Which works reasonably similar; if ever we change a file, the dropbox client will give you a notification.

Thank you, that's what I was searching for and totally sufficient for me.

... Never touching a running system without a reason, but it's great having an information source where u can have a look at.

BTW IMHO the Victron components have a great architecture with well documented interfaces. Good job, keep it up!!

@mvader (Victron Energy Staff) It would be great to have a Newsletter on this. I discussed with Mr. John Rushworth about this and he told me there is one. So I was trying to get it. ...until now :o(

Hi Markus, yes, one reason why such thing is not there is that I'm out of time.

Another reason is that I'm not 100% convinced that it would be good to have it. Hard to formulate clear arguments though. One perhaps might be that its not always advisable to go and install everything thats fresh and new. So putting something out without announcing it immediately has its benefits.

But ofcourse thats easily solved by only adding things into the newsletter with a few weeks delay. If you have more thoughts to share on this; welcome! I'll think about it some more too.

Hi, thank you for sharing your thoughts on this. This is comprehensible. I will do some thinking.

Maybe having a small group of volunteer nerds out in the field, acting as pre newsletter testers is a way to go ;o)

and I am sure some more here.

4 People are following this question.

How quickly should ESS switch to battery+inverter when grid fails?

What is the difference between Single phase ESS in a three-phase system and Three-phase ESS?