Now we have installed a CCGX Fw2.23 and connected the BMV702 via the VE direct port to the CCGX and the correct battery details apear.

has anyone got any suggestions

The VE.Direct ports on the CCGX can not be used to export data as you expect. To get it to work you also need to purchase a NEMA 2000 to VE.Can interface & tap into the BMV before the connection to the CCGX. 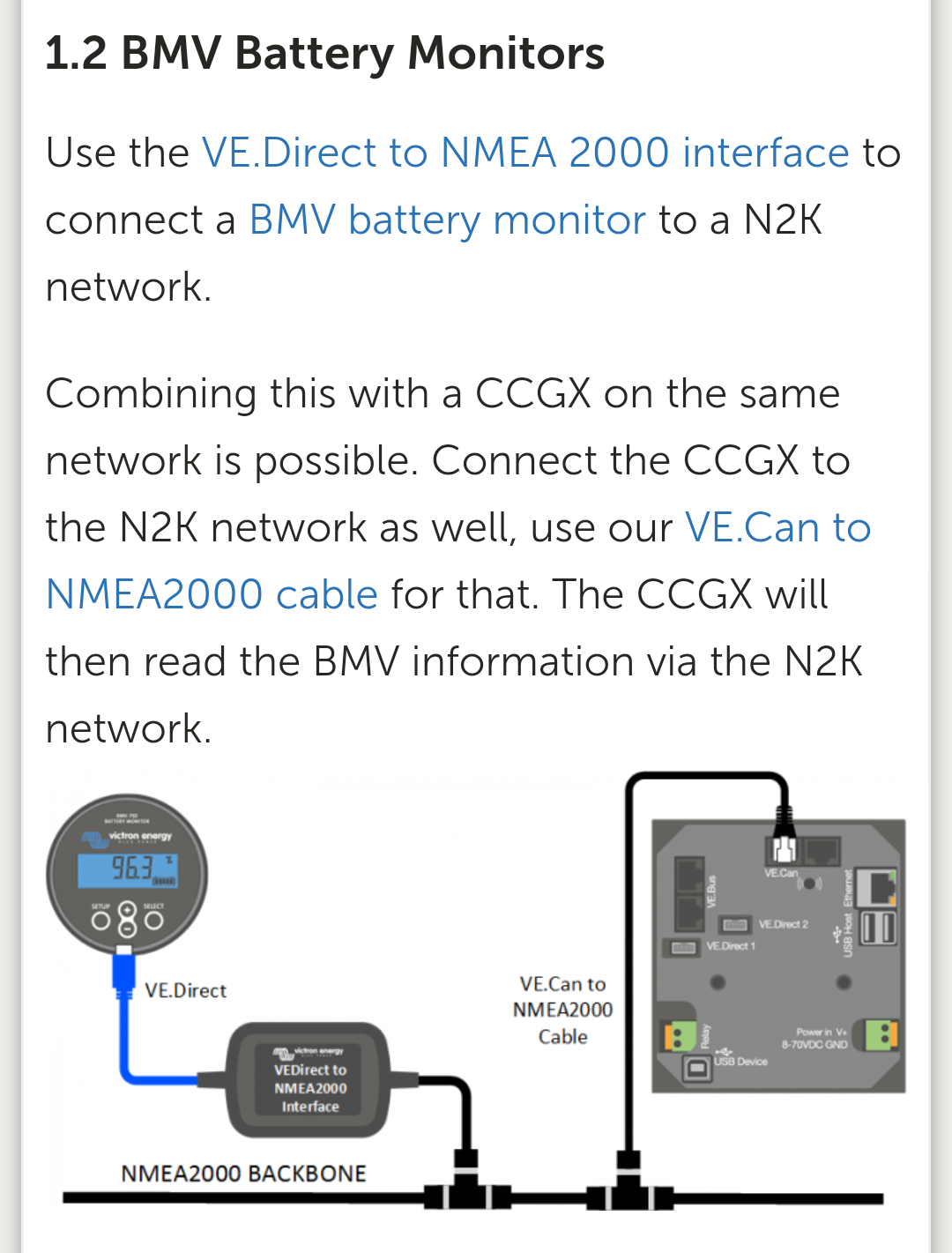 Hi, I can confirm that its exactly how Mark says.

One alternative: we are working on an update that makes the CCGX itself transmit NMEA2000 data out over the canbus.

Once available; all you’d need is our VE.Can to Micro-C cable. Lower cost and simpler than that other one you’d need now.

The only issue is that this solution is not available yet; and history has proved that its very hard to predict when it finished; its been in the works for years already. Hopefully a few weeks; but that can still change into a few months.

Hi Mathies, is this result the same if i connect a ve-bus Quattro at the same time to a ccgx and with the N2K Adapter to N2K?

I realize this is an old thread - but I'm trying to find an answer on a related issue. I have a CCGX controlling 4 Quattros and I'd like to pull NMEA data out of the CCGX as well. The manual seems to suggest that I can do one or the other - anyone know if that is true? Or if I can continue to manage the inverters with the VE bus and connect to the NMEA network via the VE Can?

> Can I continue to manage the inverters with the VE bus and connect to the NMEA network via the VE Can?

ps do make sure to run a recent software version on your CCGX, ie v2.63.

8 People are following this question.