This issue that has arisen is that the inverter randomly cuts the output voltage to the loads for a couple of second.

The latest instance happened after a blackout (load shedding). The system took

over and returned seamlessly, and roughly a hour after, the output voltage dipped for a couple of seconds.

-System is not overloaded

-AES is not enabled

-Battery bank is CAN bus connected to the GX, via its own logging device (Cloudlink\Riot)

I have checked settings multiple times, and compared to other installations.

Has anybody had similar problem, or have advice as to remedy?

As a sidenote. This does not only happen after loadshedding

I do not have the answer for your question but I had similar occurrence but my system showed an error #1 device switched of. 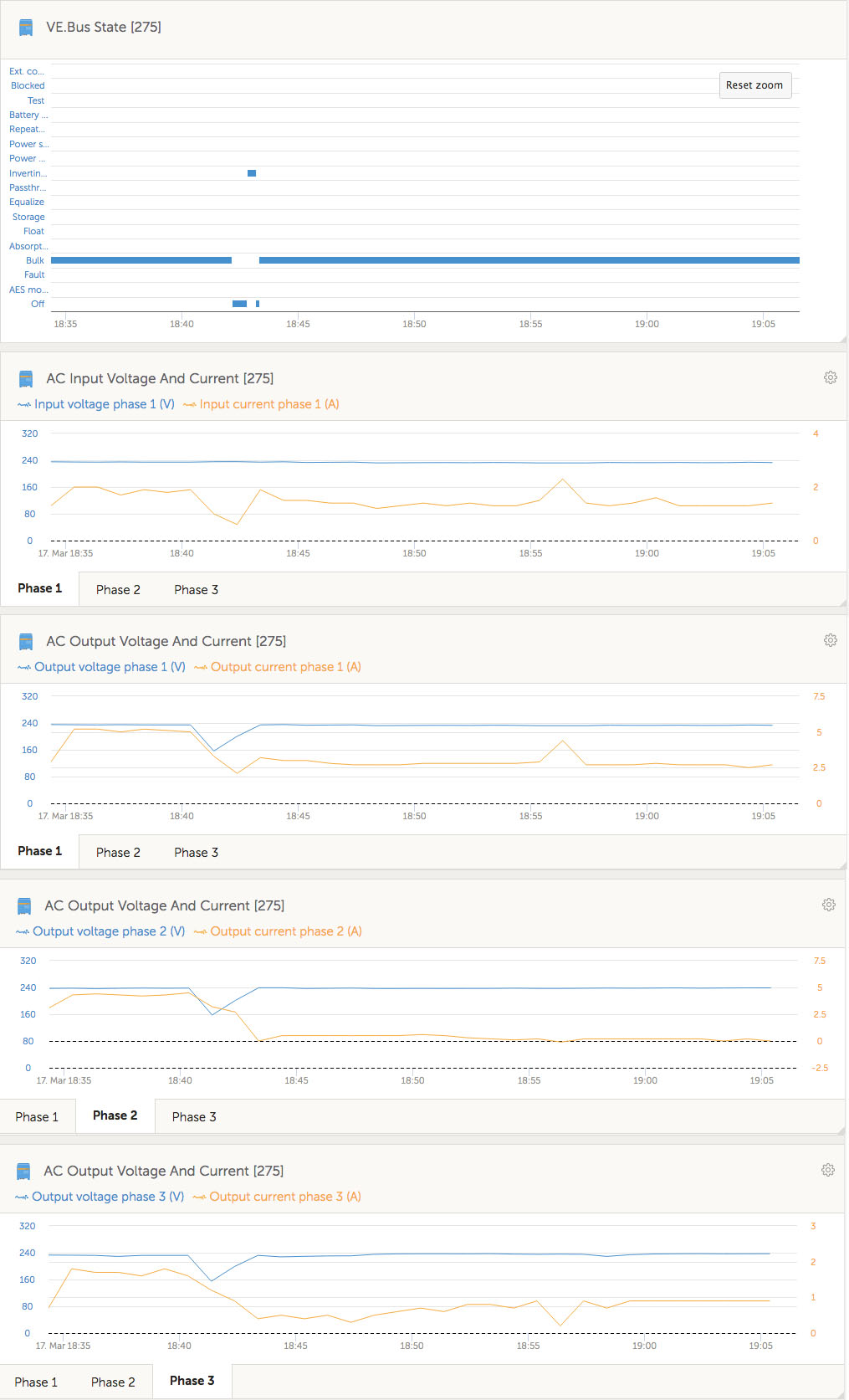 There was another member here a while back with hubble issues.

They have not been tested with Victron and are not on the compatibility list.

From that post (you can search for it), it sounds like they can't provide proper settings for victron and may have BMS issues.

Where to purchase a V-Sense Cable?