I will be capacity testing some new Lifepo batteries in the next couple weeks and was hoping to use my smart shunt to measure and capture results. The tests will run until the BMS shuts down the battery based on a low voltage cutoff (at the cell level, not the battery voltage).

I did a bench test last night and found that when I cut battery power, my smart shunt data/history is gone and I can't see the consumed ah's where the BMS disconnect happens.

I would think the data would persist somewhere, but I can't find it. Is there a way to write off the data to a permanent record somewhere since it appears to be wiped after power is cut? I don't care about capturing every single data point at the end, but would like to get a good idea of where it ended up before low voltage shutoff.

you could wire the shunt before the BMS. The advantage is a more accurate test as it includes the BMS power consumption. The smart shunt power consumption is negligible with just a few milliamps.

Another solution is having a GX device which reports to VRM.

Thanks. I can't believe I didn't think about wiring it before the BMS. Doh!

I've got a cerbo unit that can log to VRM, but I didn't see that data when I ran the test. I'll do some more digging on that, but it sounds like going in front of the BMS is probably the best approach. Just makes my wiring a little messy for the testing, but that's fine.

There is a download button in VRM. This should give you several options to download the data store on VRM. 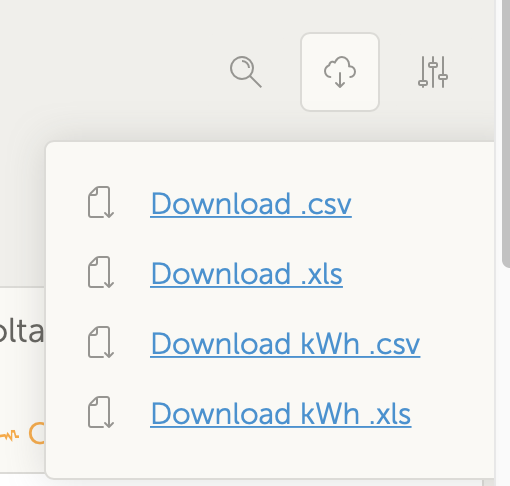 After a little more testing, the VRM approach works well. Under the "advanced" menu option in VRM, you can see the ah's consumed. When the BMS disconnect happens, the smart shunt cuts out, but the most recent ah number still persists in VRM. You can even have the cerbo still live (with alternate 12v source) and it will continue to report but won't overwrite the ah's until you power the smart shunt back up.

Putting the smart shunt behind the bms would provide a little more accuracy for the test, but it would require some clunky wiring and I'm planning on just using VRM instead.