I recently installed my new Smart BatteryProtect BP-100 for a pure resistive load (Orion-Tr 24/12-20 and a bunch of 12V lamps and a small fan for a toilet, max load about 6A).

I have a ElectroDacus SBMS0 BatteryManager that controls the Remote input via an optocoupler.
When testing the system in a testbench at home everything worked as planned, BP-100 switched off at 2.9V at one of the LiFePo4 cells

Now the BP-100 is installed with a Ground wire to the negative Busbar, The IN to the positive Busbar, via a 100A fuse. The Remote contacts are connected to the SBMS0 optocoupler output.

Testing the function by disconnecting the Remote plug reveals that the load is still On (batteries are fully charged so the output from the SBMS0 is not a viable way of testing).
Testing via the VictronConnect App by deactivating the Load Output yields the correct result, i.e. Load is turned Off, activating Load turns the Load On.

But the removing/replacing the Remote plug doesn't do anything.

Tested the various settings A, B and C in the App, no change whatsoever.

When removing the power to the SBMS0 (BMS) the inverter is disconnected (separate optocoupler that opens) but the BP-100 is still on.

I assume you have the output of the orion going to the BP and not the input?

I had a the exact same issue with my BP65. I had no loads connected and just getting it connected to my phone and testing as a backup for an existing BP65 in my camper van. It worked a few times, then I had the exact thing happen. The app was reporting it was still active even when I pulled the remote plug. I tried everything then I posted here and someone from Victron mentioned that I should contact my reseller for a replacement. Once I got my new unit, it was fine. Maybe a bad batch?

Thanks for your respone, nebulight,

I have the Orion on the 24V Output of the BP-100 and from the 12V Output from the Orion I have the Load (only lamps and a small fan).

What I need to check is if the 90sec delay is active and kicks in and thus "fooling" me into believing it is not working...

However, when doing the pre-tests, pulling the Remote disabled the Output immediately, so something has definitely changed.

The cabling to the BP-100 is about 2m (total) away from the battery, but every cable, busbar and connection is overdimensioned, so I have only 0.1V voltagedrop.

The picture shows the design before actual testin/installation in my cottage.

50sqmm cables from the battery to busbars, 16sqmm from busbar to fuse and then to the BP-100. 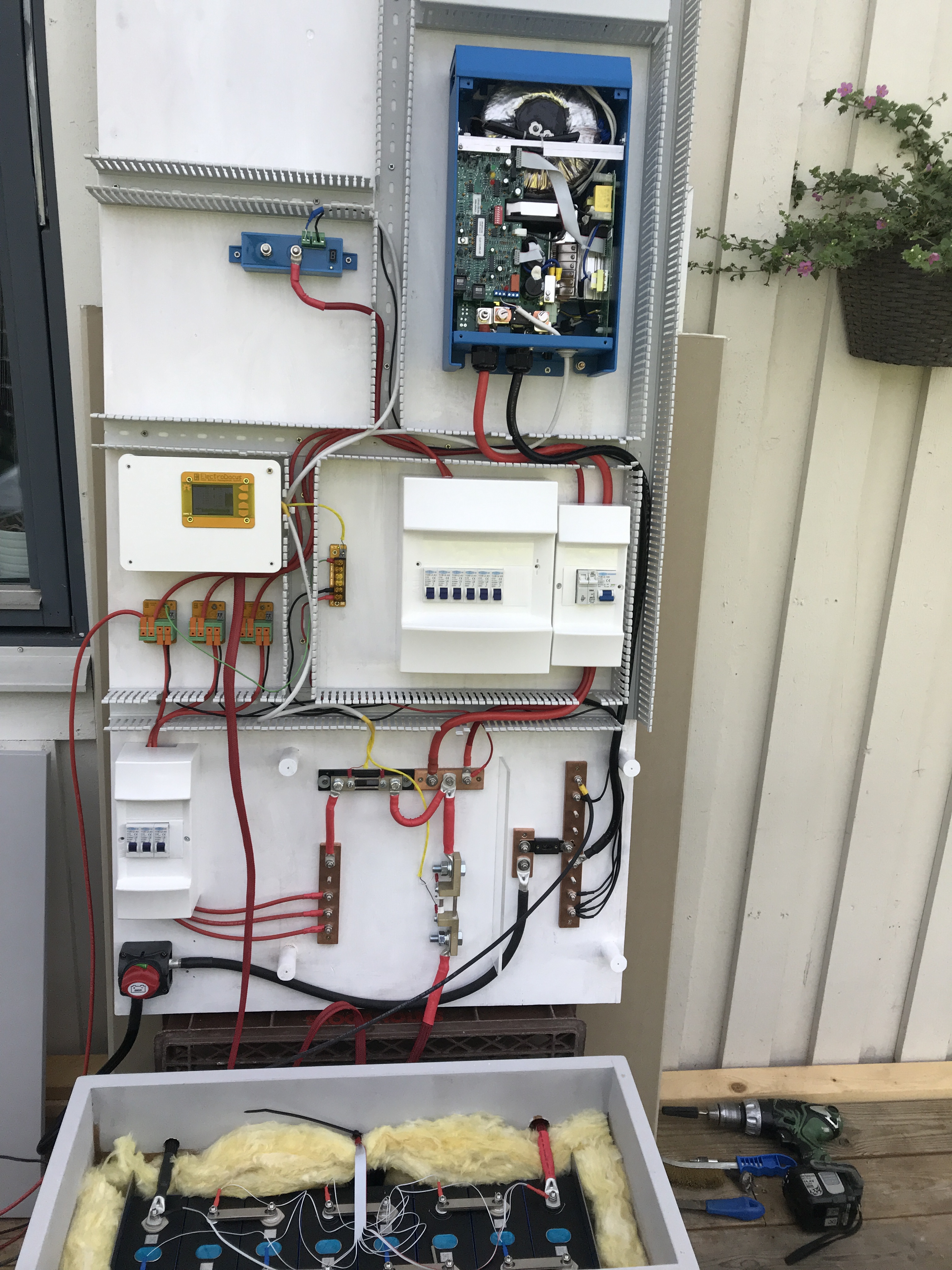 In your application, you should use Li-Ion mode and there is no 90 second delay.

I'm worried if you some how damaged the mosfet inside with the DC-DC converter. While it's not an inverter, DC-DC converts still have an inrush current that could be too high for the BP.

The Orion is a version without remote control input, hence the reason for the BP-100.

Well, the BP-100 might be faulty, however I cannot fathom that the inrush current could be 40-45 times the actual load of the output of the Orion.

The BP-100 is hugely overdimensioned for my needs ( I used to have a 24V refrigerator which died before I got to install the BP-100, and is now replaced with a 230V version on the inverter (which is not controlled by the BP-100))

AND, it works from the Victron Connect App, without any delay... On/Off/On/Off indefinately.

Many thanks for your input nebulight, it's highly appreciated!