After connecting the CCGX to the N2K network I end up with several instancing conflicts as reported by the maretron N2k Analyser. Even through these devices are set to different instance numbers, as seen in the below screenshot, they are all still reporting on either 1 or 0 battery instance. The point of having instance numbers changable is so that multiple battery banks can be monitored without conflict between them. The BMV 712 does not have a way that I can find to change its instance at all. The blueSolar chargers have been changed, but still report on instance 0. All devices in red are reporting on 0. Any help to sort this out? I was quite happy to hear that CCGX latest update was outputting PGN's onto a N2k network, but not when they all are talking at once. 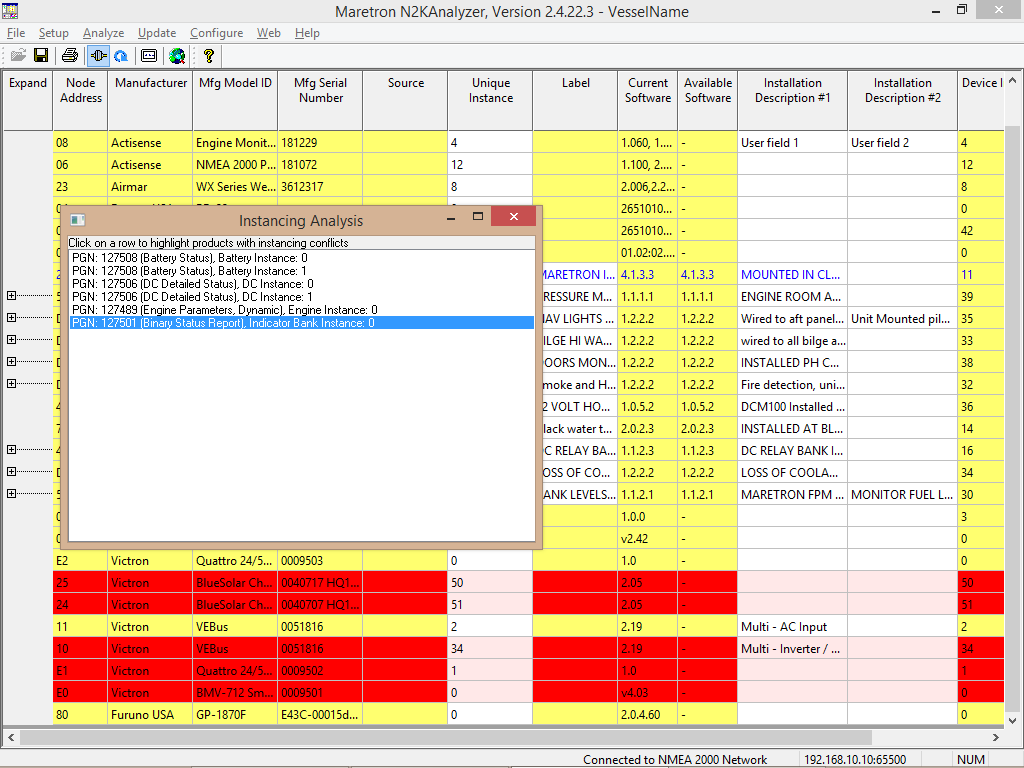 I had the same problem today and it cannot be set.

I used Actisense and Maretron.

What does Victron say ?

nothing so far, still waiting for an answer

Is this answered somewhere?

I was able to fix this problem on my setup by updating the data instance of the solar charger using the DBUS-SPY command on an SSH client after logging onto the Venus.