If i use the remote plug to switch Off/On the charger, the unit return to 0W.

At night the PV voltage is around 50,6V (near the battery voltage currently 51,3V)

My first thought was, I would be happy when my PV Panels would produce power at night. :o)

But that is not the way it should be. Do you have double checked your wirings?

This could also be a faulty unit somehow.

I have done a double (and much more) wiring check. I don't remember seeing this earlier, the unit probably fall faulty.

Is anyone from Victron reading this could explain the reason or confirm it should be a faulty unit?

Just a shot into the blue: Have you tried to connect the panels directly to the charger with no PV breaker connected? If not, give it a try.

When there is still power shown coming from MPPT, with PV wires disconnected from unit, I am sure you can make a warranty claim.

Markus, you right, i will do last test this weekend, breaker, coupling diodes, etc... but according to me there is no alternative way to a warranty claim. Thanks for you support.

Please consider this screenshoot and be careful of the hour and you could see a night power production :) 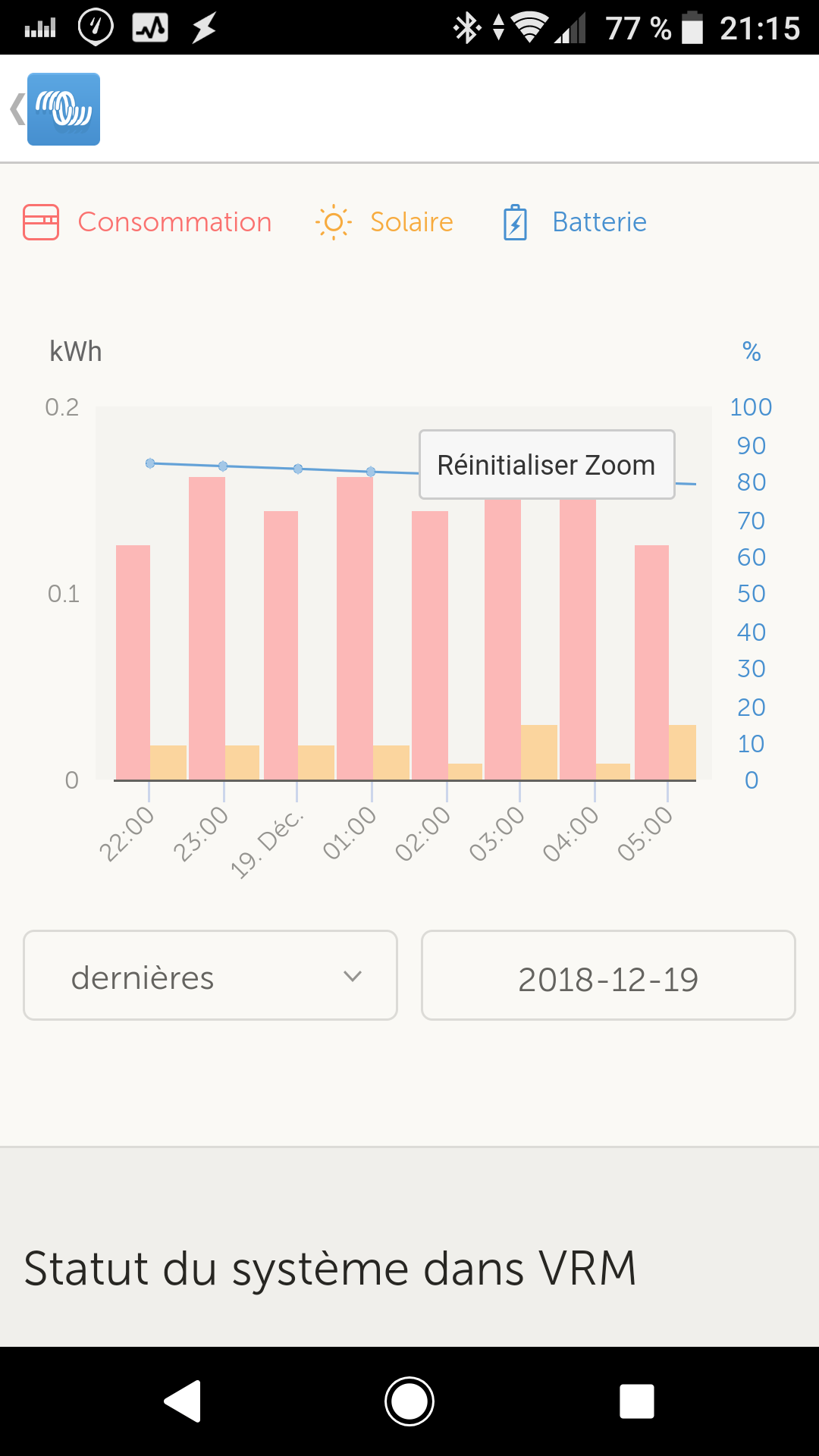 For me, this screen is nothing unusual, because i have a pelton waterwheel generator connected to my MPPT, running 24/7.

Just an additional story: I bought this PV breaker via Amazon:

When I was switching it to off, I saw some voltage still being present on the MPPT and it was still producing a few Watts. It was very strange to me, because I switched off the wheel too and the few Watts stayed being produced. I was thinking of capacitors...

I switched this gem additionally 2 times under 1/3 of its rated switching current, then it kept pecking.

I fired it into the air then, with my full force and was hoping, it is finding its way back to China somehow. But it did not unfortunately, and so I put it into the waste bin ;o)

I did not further think about this strange behavior, it did when it was switched off, as it was only one time, before I actually fired it away. It was only a 24 hour showdown for this PV breaker in my installation. I never saw my MPPT producing power, when the wheel stands still, since I have another, better and more expensive PV breaker installed, ordered at my PV dealer's store.

But I would laugh, if it the PV breaker is the reason, in this case.

I've experienced this myself in the past on my 150/100, but not recently. It seems to have 'gone away'. In most cases, at sometime during the night, it would step down to zero. I thought maybe capacitance somewhere, and dismissed it as being of any importance.

As an avid reader of Victon blogs, articles & tech specs, I have seen such things explained by suggesting they're 'within tolerance' for the 'best effort' attempts to measure such without adding to the cost of the kit. I expected so, and accepted that explanation gracefully.

But I too prefer accuracy, and 'one day' I'll add a BMV, and expect it to be accurate.. :)

So, I check everything : breaker, wiring, MC4 connectors, etc... Everything seems good.

@JohnC, currently my unit don't see any difference between day and night. The MPPT backlinght is always on (the sun is light up forever).

@Markus, this screen should be normal too in northern country during eternal day season ;)

As my unit doesn't work like that previously, it is probably partialy break down. I will see with my distributor how to do.

Thanks for your support guys and happy Near Year !

Thank you, you too!

Hello, we are the seller of the product, this case will not be fixed afar. We create a RMA to Victron Energy, they will take care about the problem.

Thank you for your effective support !

4 People are following this question.