Multiplus 3000 inverter turning off then back on repeatedly

I installed my multiplus 3000 over 2 years ago and has worked perfectly.

a few days ago the inverter switched to OFF on its own then restarted and back to ON.

it was only off for about 30 seconds to a minute.

Last night it happened again at 4am, it turned OFF then ON again 6 times over a 40 minute period.

I downloaded the info from the VRM and it shows the VEBUS switching to OFF.

At the time of the shut down we had no excessive loads, only about 900 watts from the refigerator.

I turned the fridge to propane, which brought the load down to about 300 watts.

the inverter shut down again

We have a southwire surge guard 50amp surge protector built in, it had no alerts or alarms while on shore power.

Looking at the data, in shore power was consistently 122 v and 60 hz

I cut off the shore power to see what would happen on inverter/battery power alone.

the system worked perfectly and no shutdowns while on inverter alone.

Please look at the vrm data below, I have no idea why this is happening 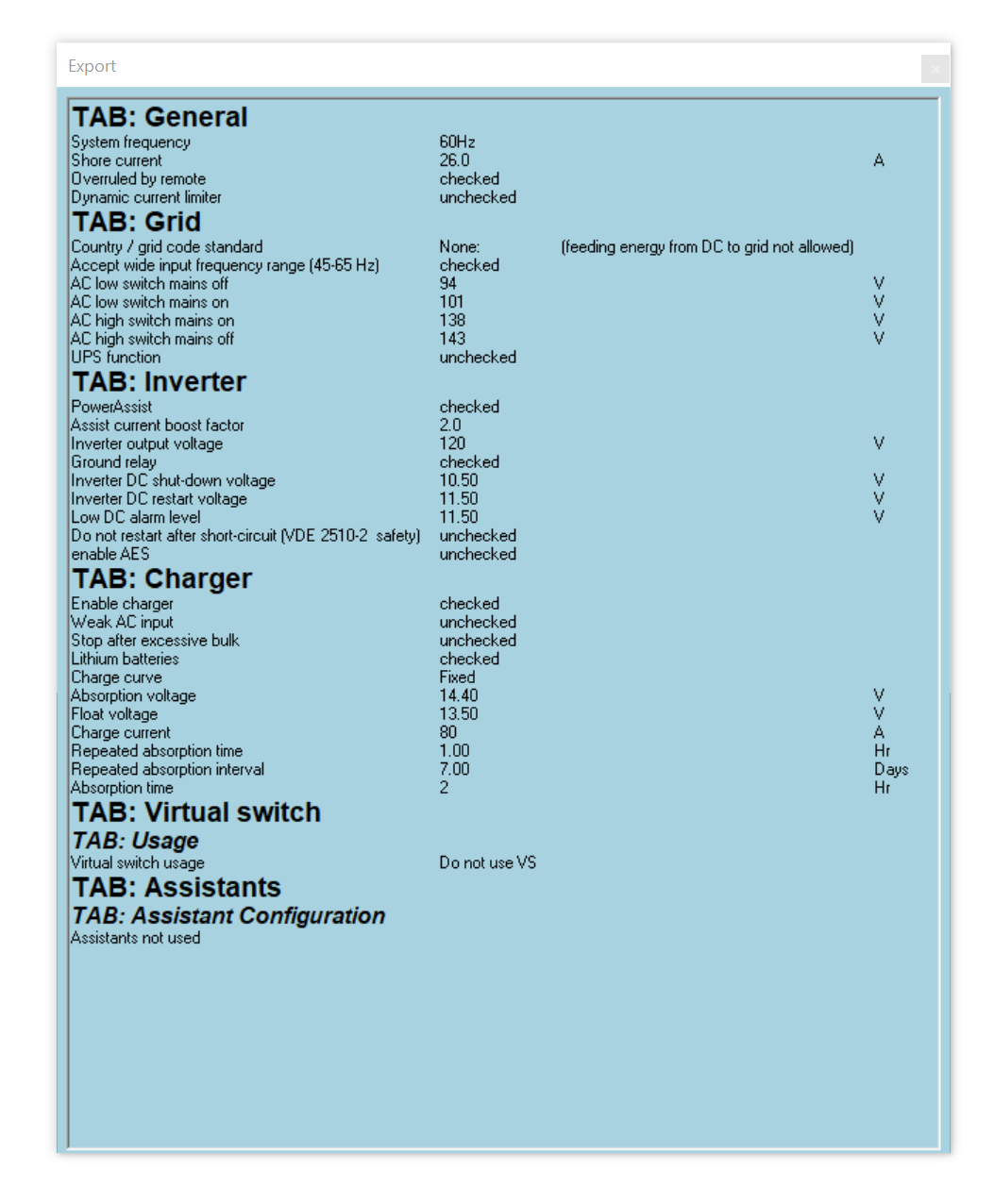 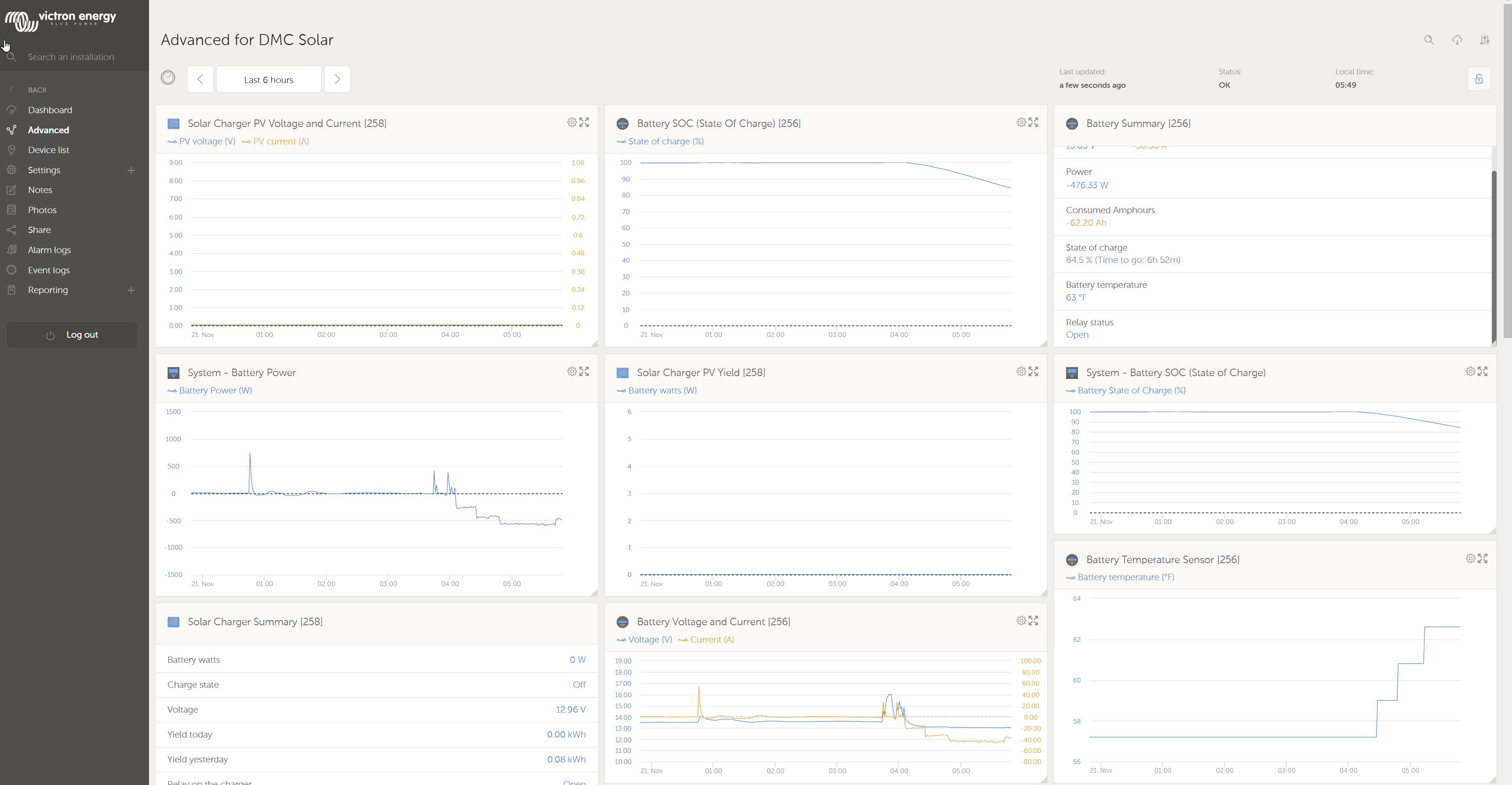 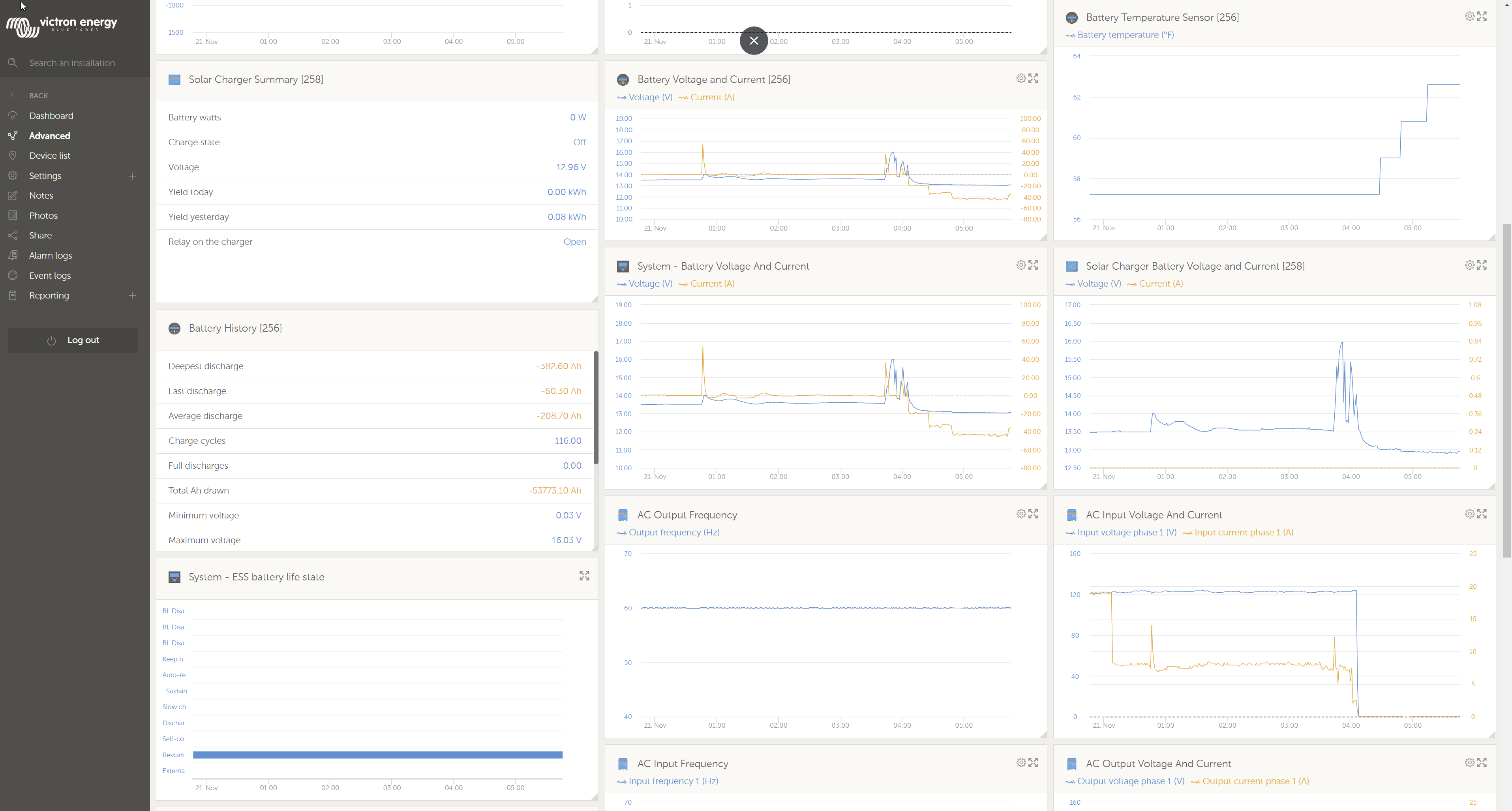 This spreadsheet from the VRM download shows the inverter going off 6 times from 3:45 to 4:05

Please help with any reasons why this would happen

Can anybody help me with this, i posted it a week ago and so far nobody was able to help explain this issuse.

So what batteries are you using?

First off the charts show a discrepancy between the bmv voltage reading and the multi - the latter is much lower, charted down to 11V (graphs aren't granular so in reality it could be lower).

Both DC charts show voltage decay so it looks like the battery voltage is dropping under whatever load there is.

You need to check your wiring and connections to see why the multi has a much higher voltage drop, if you get to the bottom of this it should stabilise.

I would attach a marked up image but this site seems to have issues with attachments at the moment.