I have read different reasons (excuses) for the location to be activated on my mobile phone, and one of them is the change of android mobile. I have the same mobile for many years and the 'need' only occurred after an update from Victron, the mobile connection worked fine and then one day simply refused unless I accepted the update from Victron, and then it worked fine after the update was downloaded and of course the GPS was activated, after this my phone kept freezing as others have found, and as I also used my tablet to access the Victron unit, this too had the same 'update or you cannot use the remote access' message. And whilst my tablet did not freeze it DID require the GPS to be activated, to this end I not accept this a requirement on some Android devices if at all. As far as I am aware there had not been any warning, simply 'do this or it will not work' kind of attitude.

To add to my theory that this is not an Android 'need' mobile phones are used to track people anyway, but instead something that Victron themselves decided to add.

If I am wrong (having tried to access using three different mobiles and two different tablets), then allow me and others I have spoken to revert to the pre 'update' software version that the system used to have and worked perfectly without 'checking up' on customers whereabouts.

Further, I could think of other reasons to use location need, but that is not for me to say.

If I sound annoyed then yes, but see that as an understatement.

Anything after android 12 does not need it.

And yes it is an a droid thing 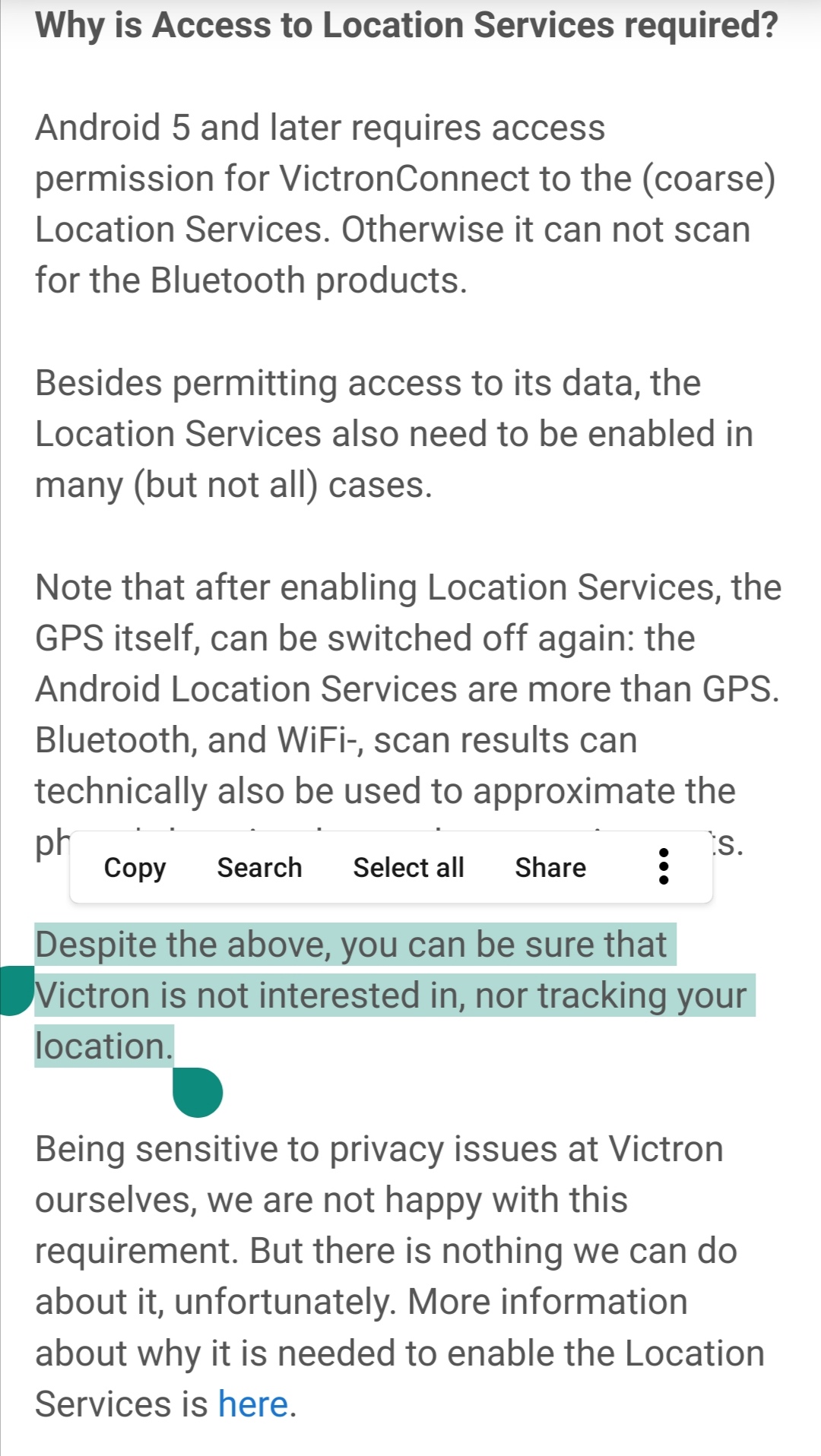