Introduction:
Hello all! On April 6th we've released Venus OS version v2.65. It adds a feature which many distributors and installers have been looking forward to for a long time: being able to remotely update the firmware of our Inverter/chargers as well as Inverters: Multis, Quattros, MultiPlusses, and so forth.

The purpose of this topic is to have one - easy to update - place to confirm the latest status, issues and improvements.

Currently, the feature is still in beta, and clearly marked as such on the VRM Portal.

UPDATED 2021-04-09: this feature has been used a lot, and no issues have been found so far; if this continuous like this, we'll remove the BETA sign next week - its working really well.

General advise:
welcome to use the feature, but be prepared to have to self merge the configuration (see FAQ in the manual) and in more unlucky cases to have to travel onsite.

And (of course) fully study the manual from the beginning to the end before you start. The inverter/charger is the heart of a Victron Energy system, during the update AC will be switched off for a while, as such comms. might be lost as well, and so forth and forth: its a super cool feature but does require more care than -for example- firmware updating a Solar Charger.

Where to report issues:
Preferably by posting a question here below. We're monitoring this thread.

updated above text, now that v2.65 has been officially released.

Thank you! Has the latest version of the Large OS also been updated to add this feature set?

Yes; see Venus OS Large latest release notes to see what version exactly. All basics are in; some error handling such as for example precisely telling a user what else he needs to do in case he uploads a file without merging it first is missing. There will be a new Venus OS Large version soon. Probably a week or two from now.

ie after the v2.66 that I expect to come with some more VE.bus fw update error handling is finished.

Could you please point me to the location for the Venus OS Large latest release notes? All I can seem to locate is the DropBox folder with the images.

It links to everything, including the release notes. I made it a bit more clear just now.

My only concern is that, during the update process, the mains charger was enabled until the "merged settings" were uploaded. The total charge current into my battery was therefore very high (70A) since my MPPT 150/70 was also charging the battery at 30A.

I had expected the mains charger function in the Multiplus to be disabled - as per the online documentation - see section 3.2 Note 4 below.

"After the firmware update is completed, the settings will have been reset to their defaults. Also, to prevent overcharging, the charge current is set to zero amps, and then the inverter is switched on again." 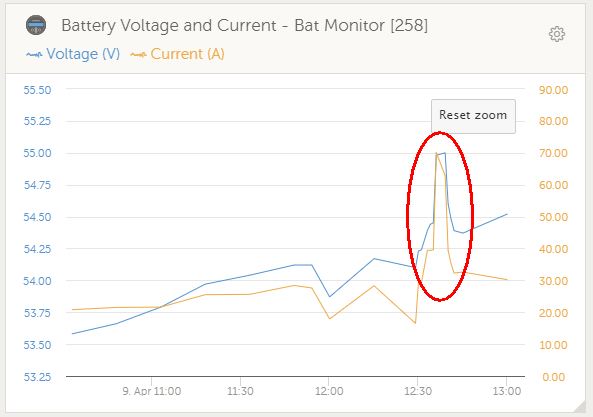 Any chance also older CCGX can have this feature or is it "impossible by hardware"?
Our (yes, old) test system fulfills all requirements except 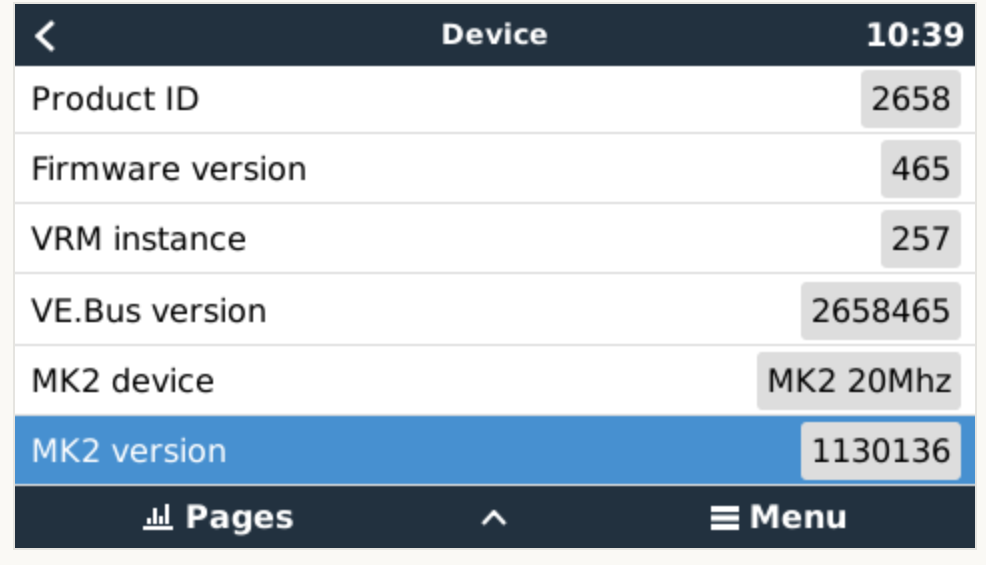 If there is no other way, we'll replace the CCGX with a Cerbo.

Hi, a CCGX not meeting the stated minimum requirements will never get this feature. Not soon and also not later.

I've got a Venus GX running V2.63. when I go into Online Updates, the bottom line is "Update available Press to update to v2.65". When I press this, it changes to "Installing V2.65"

After a few minutes, it goes back to saying "Press to update to v2.65".

when I press it again, it says "Error during installation", then goes back to "Installing V2.65"

Any ideas what's going on here? Internet connection is stable as I can see real-time info from the device in my VRM.

Does this apply for parallel and 3-phase systems aswell?

Did you even read the manual? This is clarified at the beginning ;)

Brilliant! Can someone get this feature on a too old CCGX by using an MK3-USB?

Hey @Porcini if you do get to test it using:

..and it works, please report back! I might have to swap out my MK2-USB and use a MK3-USB in the CCGX USB port for VE.Bus communication.

The release version shows up af 2.65~9 in my Cerbo GX, when I check for updates (I am on "Latest release" channel). 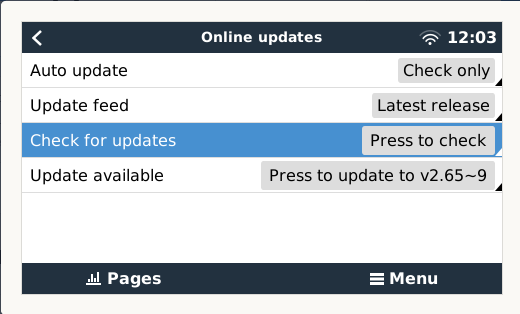 Hi @Seb71, thanks! something went wrong with the sync, fixed now.

32 People are following this question.