I have two Victron AGM Deep Cycle 60Ah batteries wired in parallel and connected to a SmartSolar 75 | 10 and a SmartShunt.

It all works pretty much ok, apart from the batteries not always reaching float stage.

As suggested in this support forum, the battery profile I am using is "Gel Victron deep discharge(2)" as it matches the voltages indicated by Victron (float: 13.5/13.8).

Some time ago I used the batteries (down to ~90% as indicated by the smartshunt). Then they recharged to 100% over a few (relatively sunny) days and I could see the charge controller happily flashing as float.

If untouched, normally it goes to bulk a few hours after sunrise and then switches to float.

I recently re-used the batteries (down to ~97%). Again, they recharged back to 100%, but the charge controller doesn't reach the float stage.

Just, as a note: weather has been terrible lately, so all this time the charge controller is not going into float we've had rain/fog, etc. so there is extremely low light hitting the panel.

Also, in the history, the controller is indicating some daily consumption, but I haven't been using the system in the past few days and there is no loads attached... not sure why this is happening.

Shall I lower the float voltage, as the preset keeps it at 13.8?

Is just that indicated consumption preventing it all?

These are some stats from today: 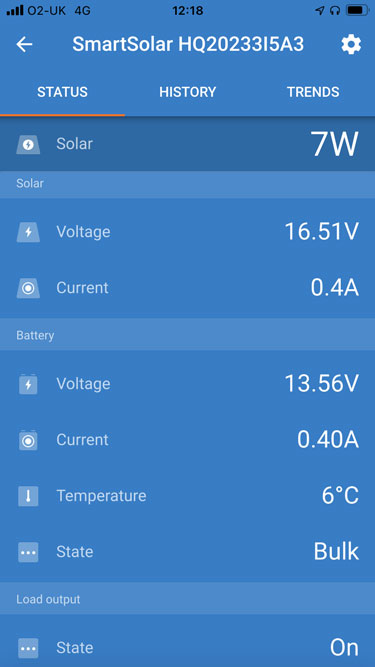 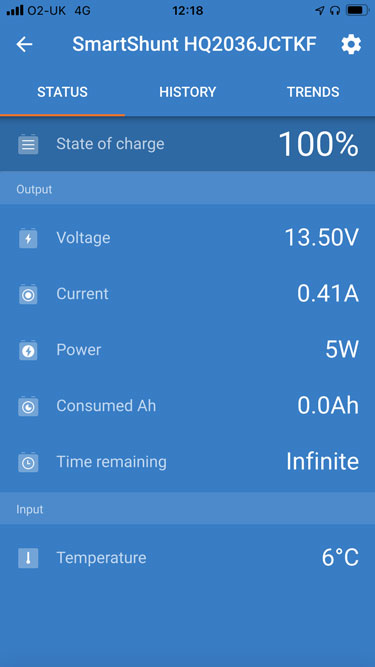 History from this week and last week: 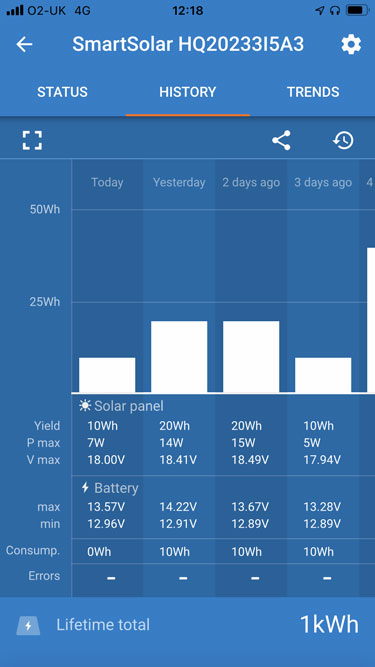 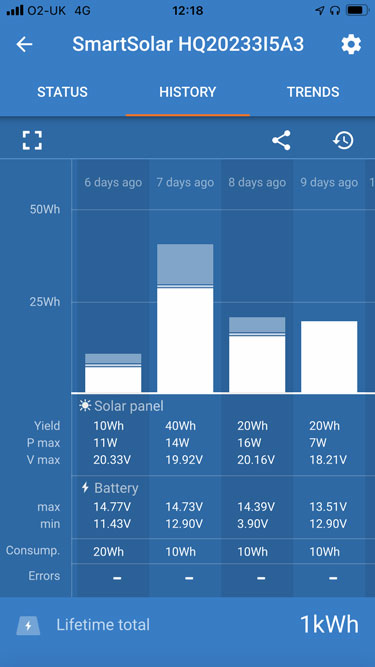 Up to a few weeks ago I was using only one battery, and everything was working perfectly (float and all).

This behaviour started when I connected the batteries in parallel. Also, I don't remember seeing any consumption (unless I was actually using the system) with a single battery.

I added the second battery later on. I know it is not ideal, but the batteries are same model, from the same shop, they have about a month-ish usage difference in time (and zero cycles both).

Another note is the smart-shunt measures amps in/amps out to calculate percentage, whereas the charge controller is monitoring voltage and absorption times to determine when the battery is "full" and should go into float. They can sometimes be slightly out of sync with each other

You are right. Maybe I was overly paranoid.
It is a nice sunny day today, and I can see the controller is in float state as of 10am.

> They can sometimes be slightly out of sync with each other

Now I just have to investigate that load phantom load.
Wasn't there before.

Also Make sure you have setup the smartshunt correctly as far as Battery capacity, Charged Voltage, peukert exponent & Charge efficiency factor for those batteries. Another thing to be careful of is discharging the batteries below 50% being AGM will significantly shorten their life.

The rest peukert exponent is the standard indicated from Victron (the batteries are Victron too) and charge efficiency too as the batteries and the shunt have been installed together.

I'll double check the peukert though...

20 People are following this question.