I have seen a similar issue in another thread 6 month ago but without a clear reason/solution. Perhaps now the issue is more known and already solved

When i connected batteries to the off-grid system they were at 49% charge and they reached 100% in few hours.

2 days later theymoved down to 89% as it was a raining day and solar panels did not produce power.

After that the batteries stay at 91% charge. SmsrtSolar only produce the energy required to feed the load. Load is quite low as I was testing system before connecting high loads.

Firmware versions in smartsolar, charger and multiplus are the latest one.

Why does the charge percentage stay at 91% if load is very low and there is enough PV power to increase batteries charge?

DVCC is enabled, charge current limit has not been reached and there is not voltage oberload alarms. 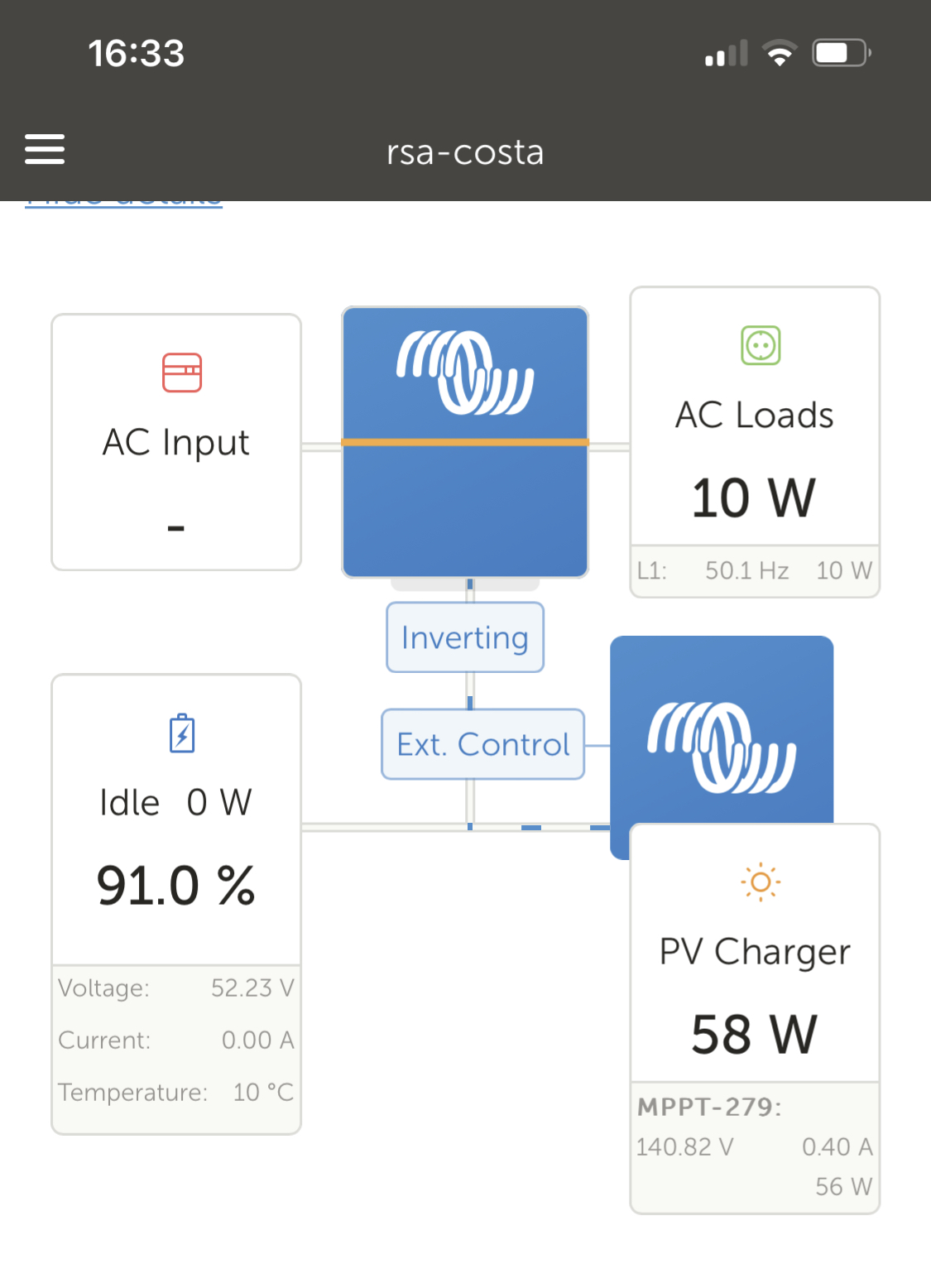 try to increase the "Maximum charge voltage" in the DVCC Menu. Normaly the voltage is limited by the Pylontech via CAN-BMS and as you can see in the Parameters-Menu the BMS tells the GX the maximum is 53.2 V.

If the value in the DVCC-Menu is lower then that value will be used as the maximum voltage.

Max charge voltage is only meant for dealing with cell imbalances on new/recently added batteries. It is not supported to use it on an ongoing basis.

This is also documented in the recently updated DVCC guide:

I have an installation with a Multiplus 2 GX and Pylontech. If the maximum charge voltage is only 52.3 V the batteries won't get to 100% charge.

And additionally the Pylontech limits the voltage by its own BMS.

nickdb ♦ Thomas commented · Dec 01, 2022 at 12:14 PM
Exactly, which is why it should not be set unless you are specifically dealing with a balancing issue, and when resolved, it should be disabled.

Even at the BMS CVL, pylons may not hit 100%, especially when new - something also documented in the victron setup guide.

This is not useful for Pylontech.

The DVCC code contains "quirks" for a few of the batteries (incl. LG, BYD, Pylontech). The quirk for Pylontech applies a hard upper limit of 52.4V no matter what the setting in this menu is.

The code documentation shares the following:

I stopped battery charge for a couple of days and charge level decreased until 80%. Yesterday night i disabled "Maximum charge voltage" as requested and enabled again smart solar charger. After few hours battery charge level reached 91% and stopped there. BMS is not allowing more charge as pv grid still have sun power.

Temperature is constant at 9 degrees at day and night

Batteries are new as they were installed just 1 ago

I read in this an other threads that this use to happen when:

1- batteries are new. The need time to stabilize cells

In my case the 3 possible reasons happen.

What should i do? Do nothing and wait some weeks to allow the battery to balance the cells by itself as they are new o act by changing Maximum charge voltage"?

Temperature will not increase at least during the following 4 months and perhaps will reduce few degrees more.

nickdb ♦ Josep morancho commented · Dec 02, 2022 at 03:51 PM
If you had grid you would leave them on keep batteries charged for a few days, off grid is a bit more challenging. They really just need time to balance.
0 Likes 0 ·

There is not grid. It is an isolated mountain house. I will have to be patient then. Thanks 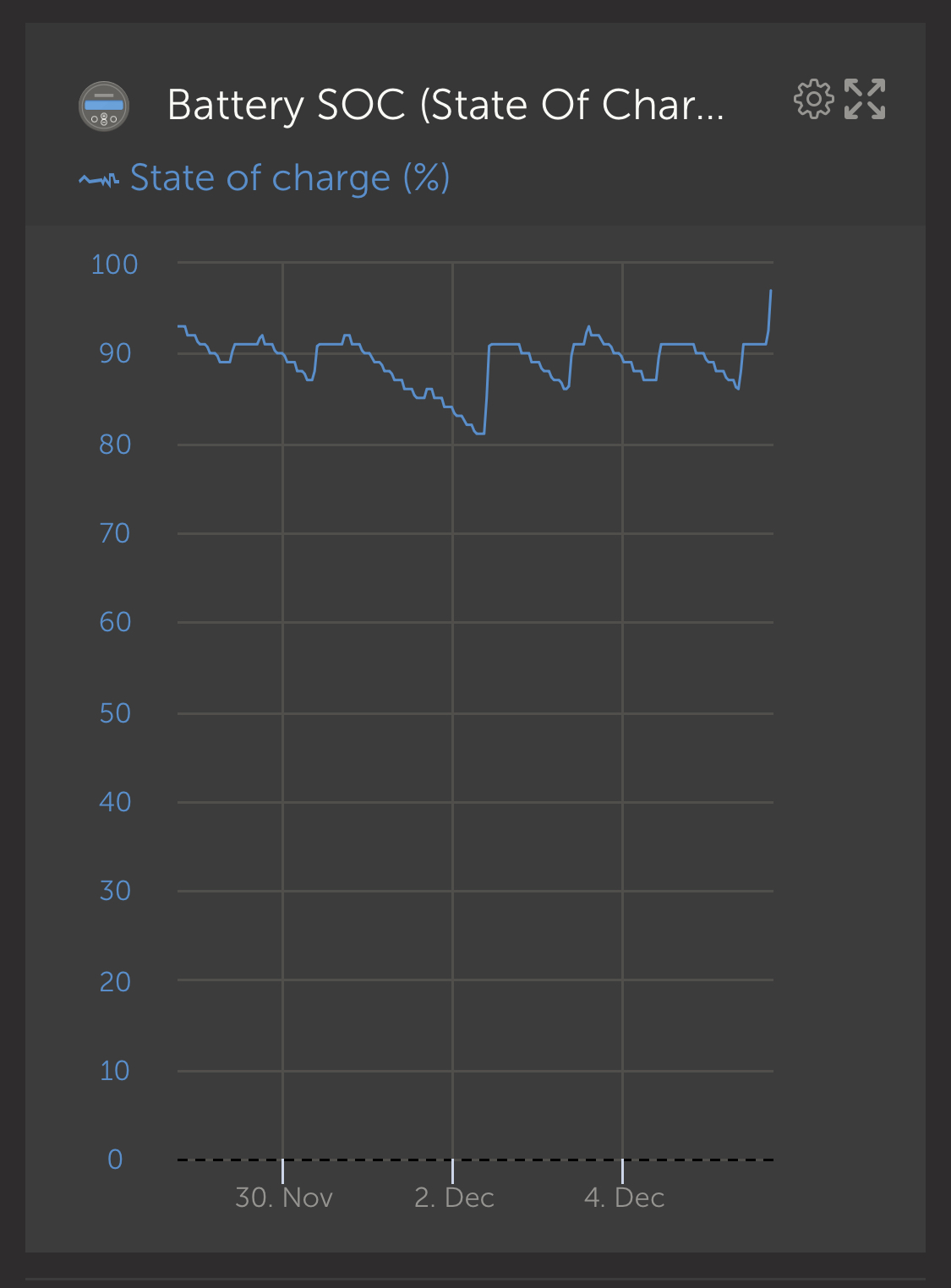 3 days after connecting again smartsolar battery chsrger and dissabling "Maximum charge voltage" parameter as recommended, the batteries SOC moved from quickly from 91% to 97% quickly. Tenperature keep stable at 9 degrees and max and min voltage cell seems to be the same than previous years. Load has kept also constant at very low level all day. 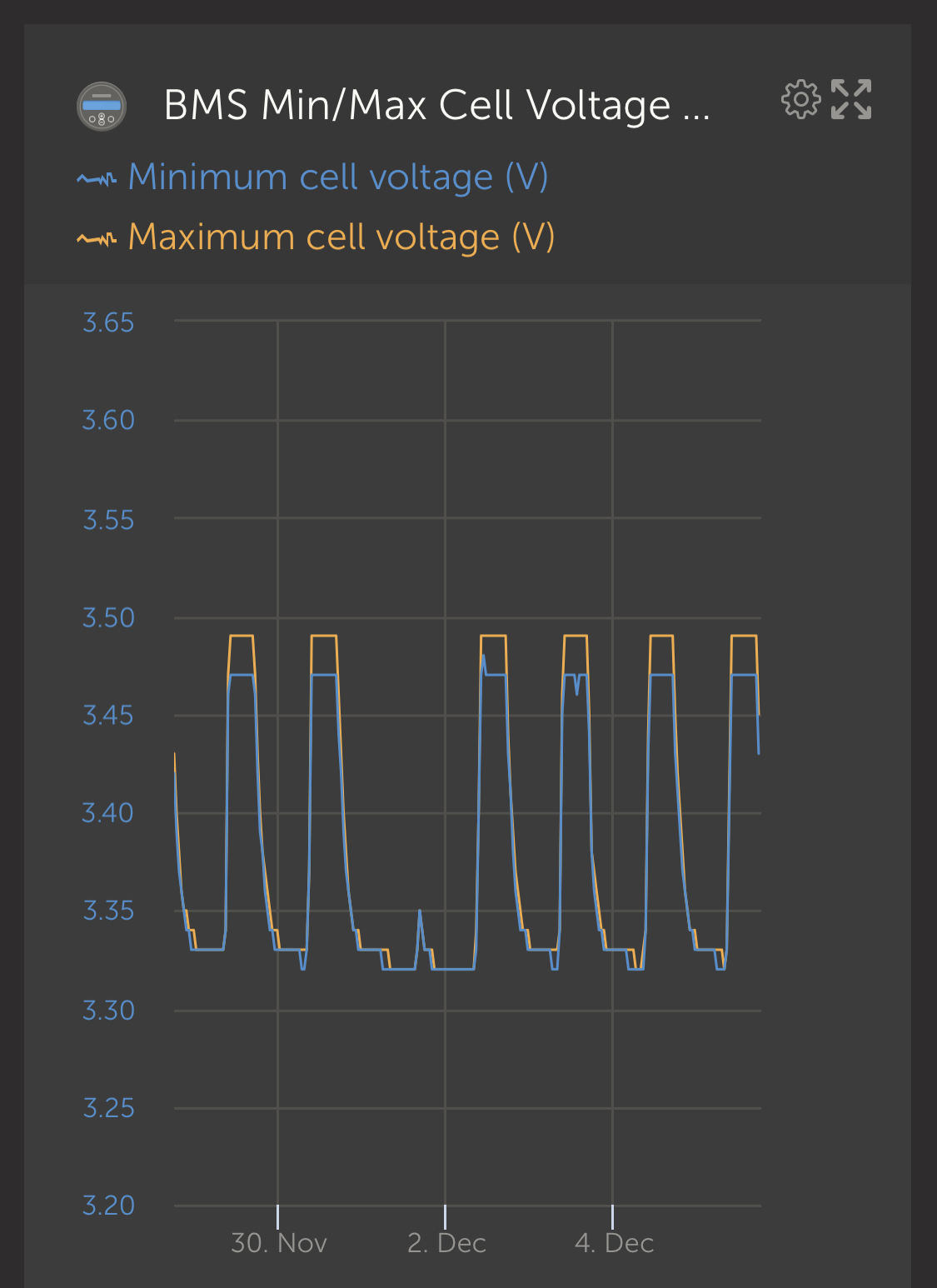 Very strange behaviour. Yesterday, after reaching 97% the day before and moving down to 91% at night, the SOC stayed at 91% all day and decreased to 86% during the night. Early morning today, SOC moved quickly from 86% to 91% and stayed there almost all the day but 1hour before sunset jump to 100% without any apparent reason as the day has not been cloudy and temperature and load have been constant all the day.

Highlight that previous increase from 91% to 97% was also done late in the afternoon close to sunset. 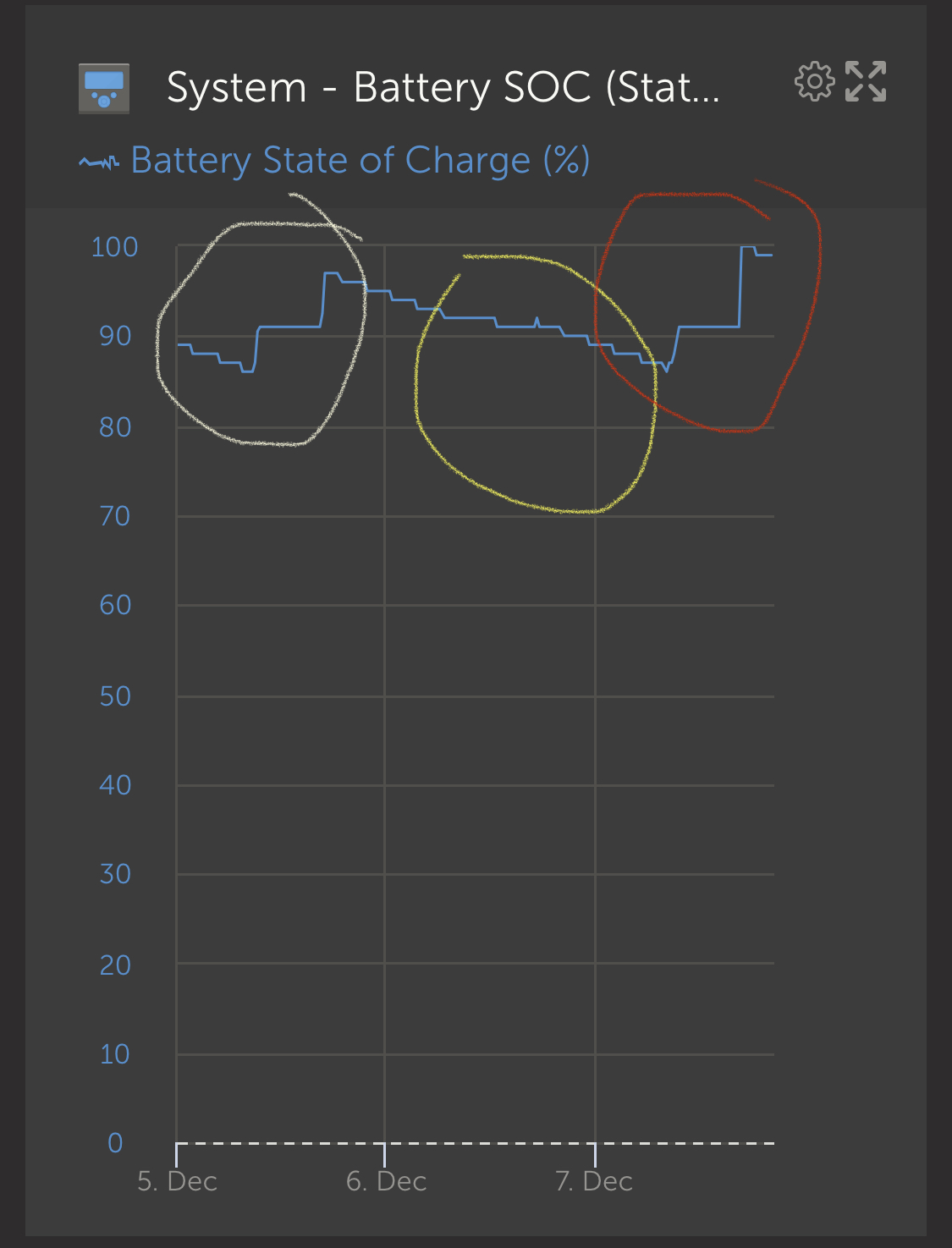 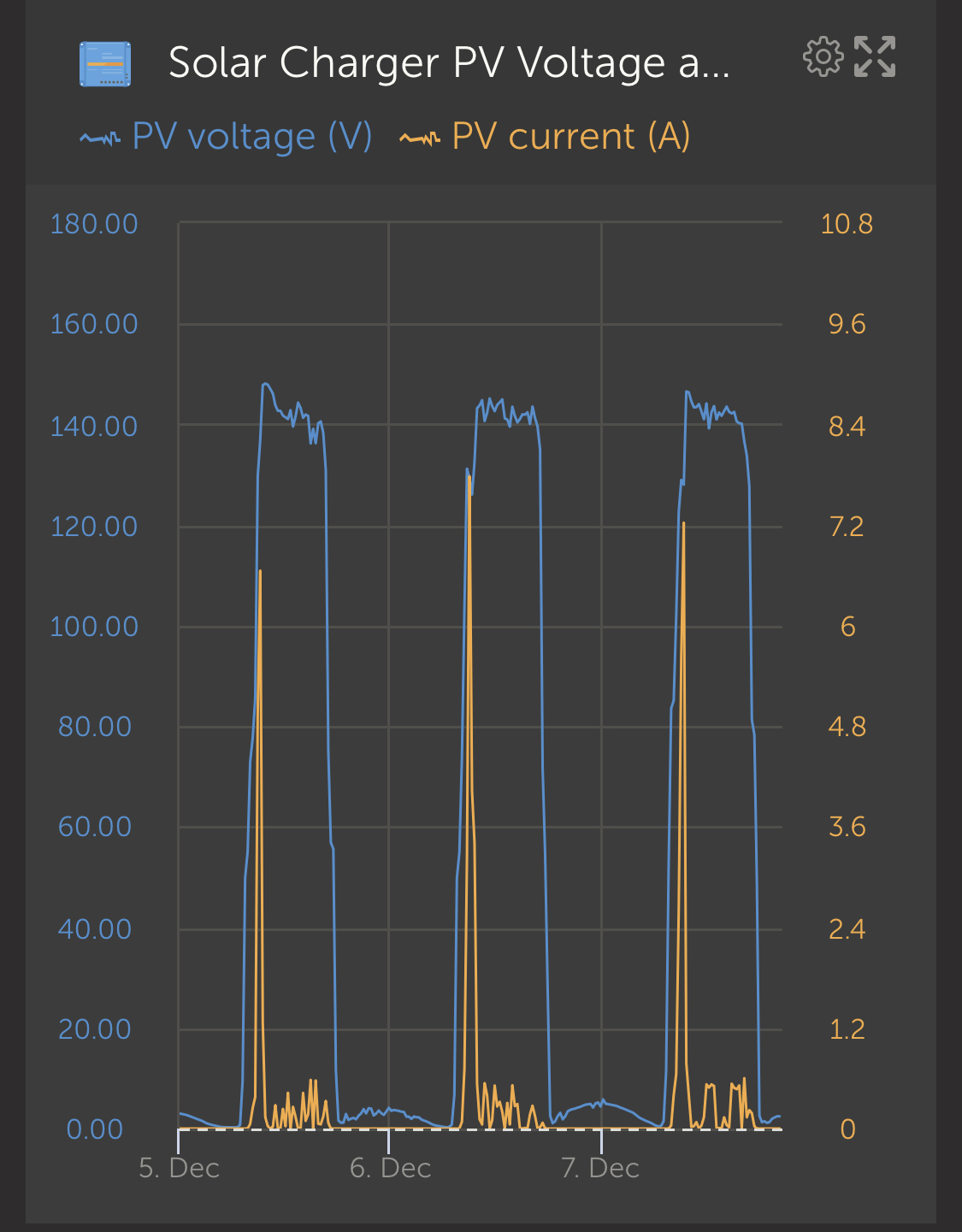 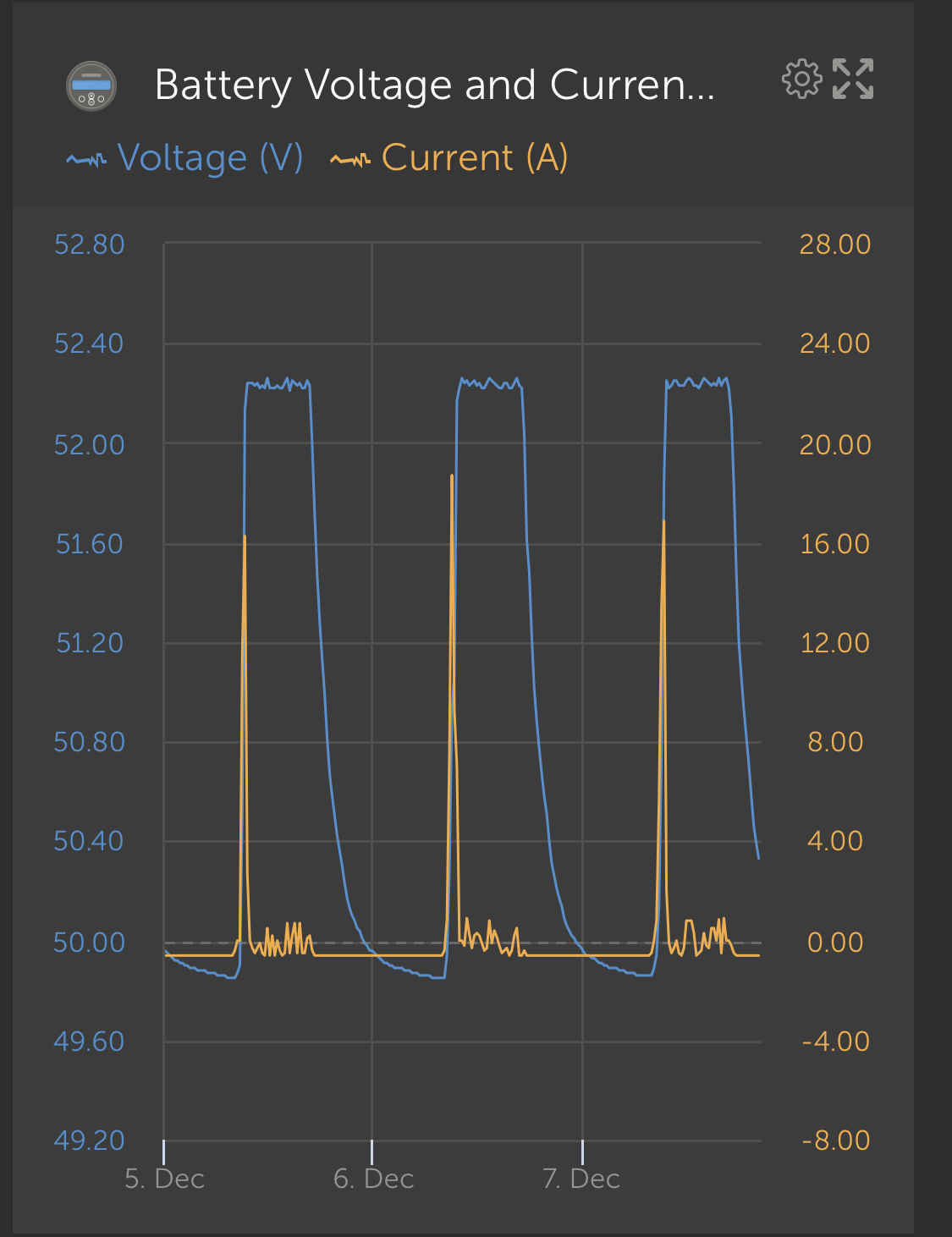 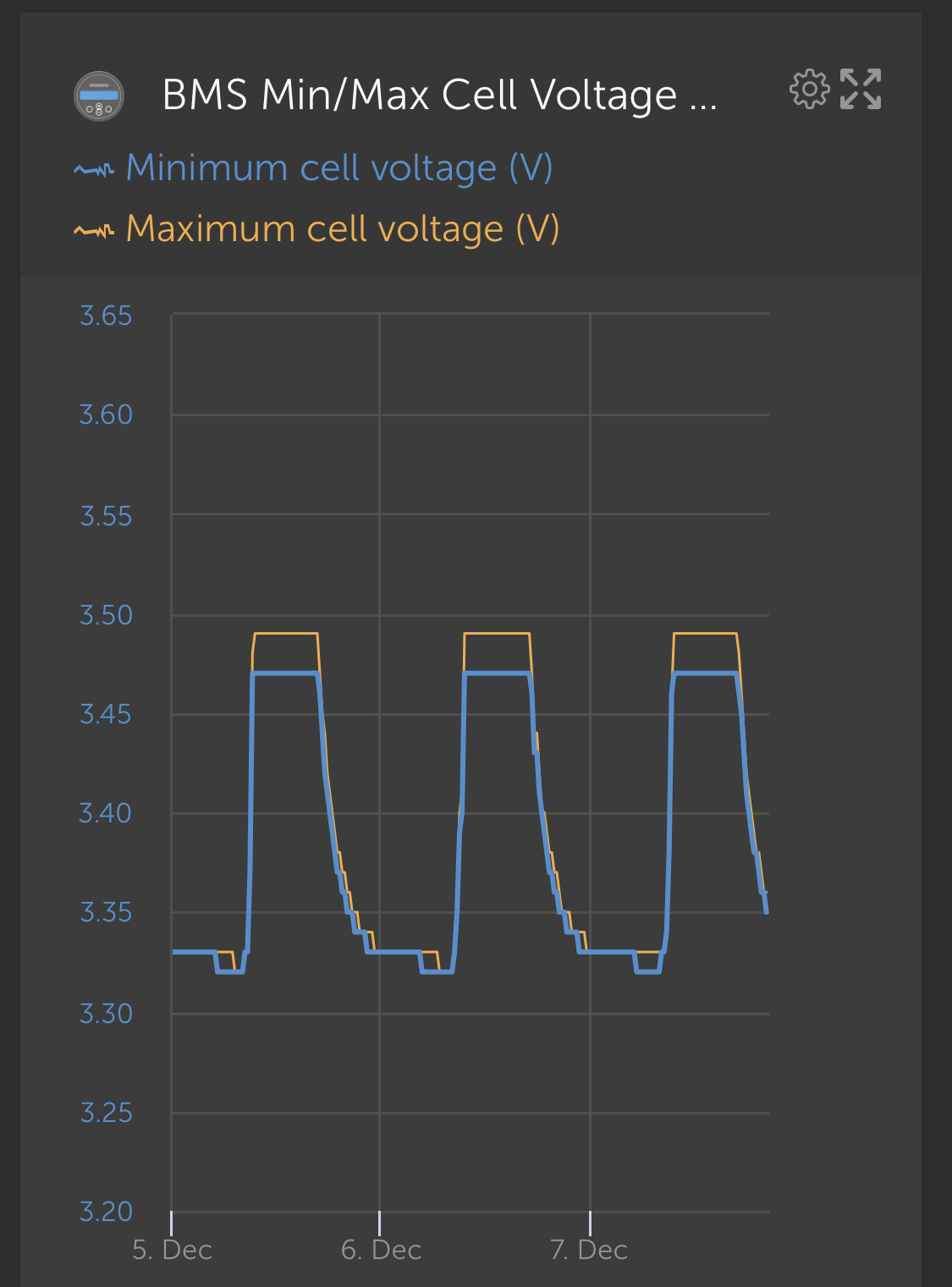 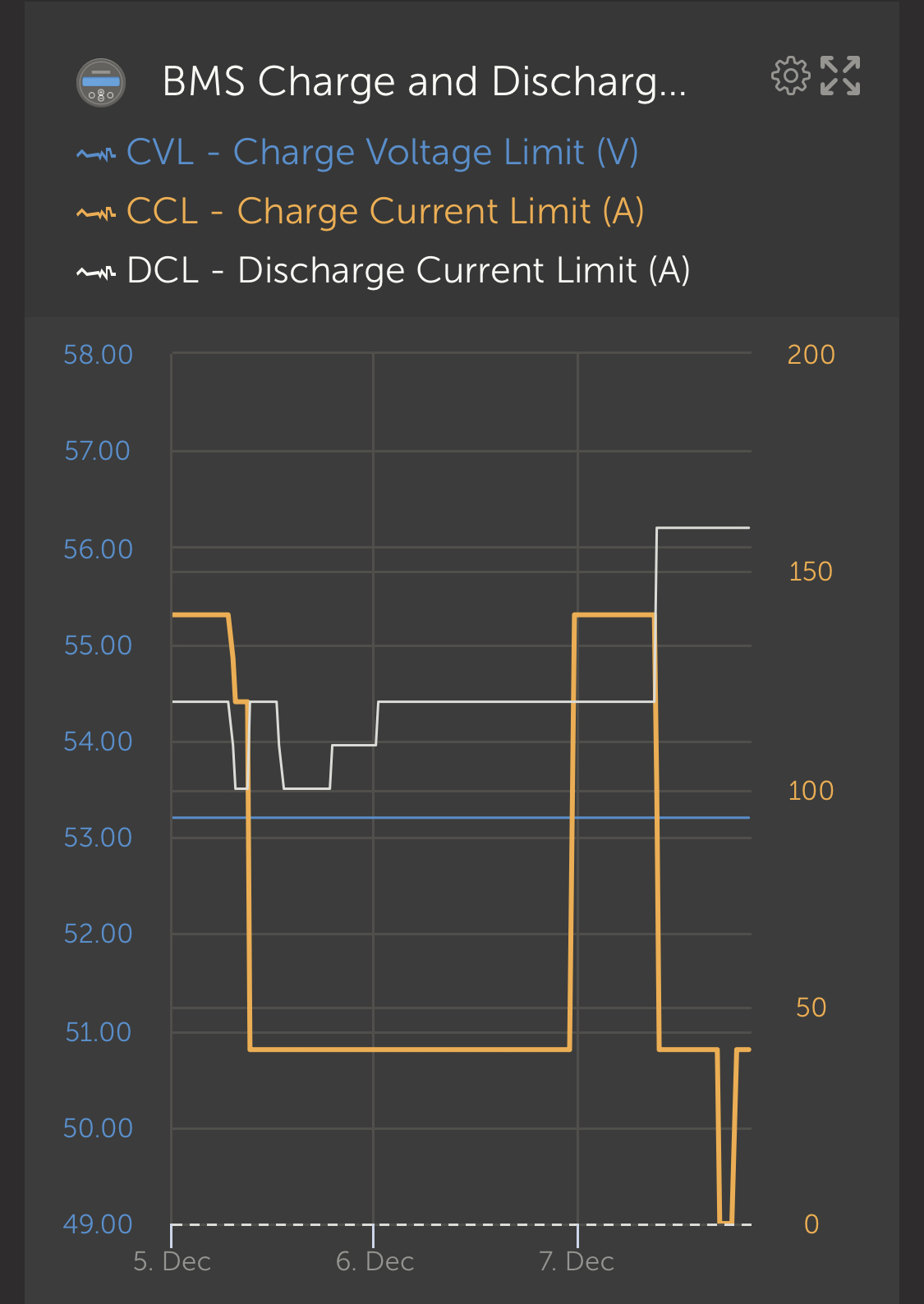 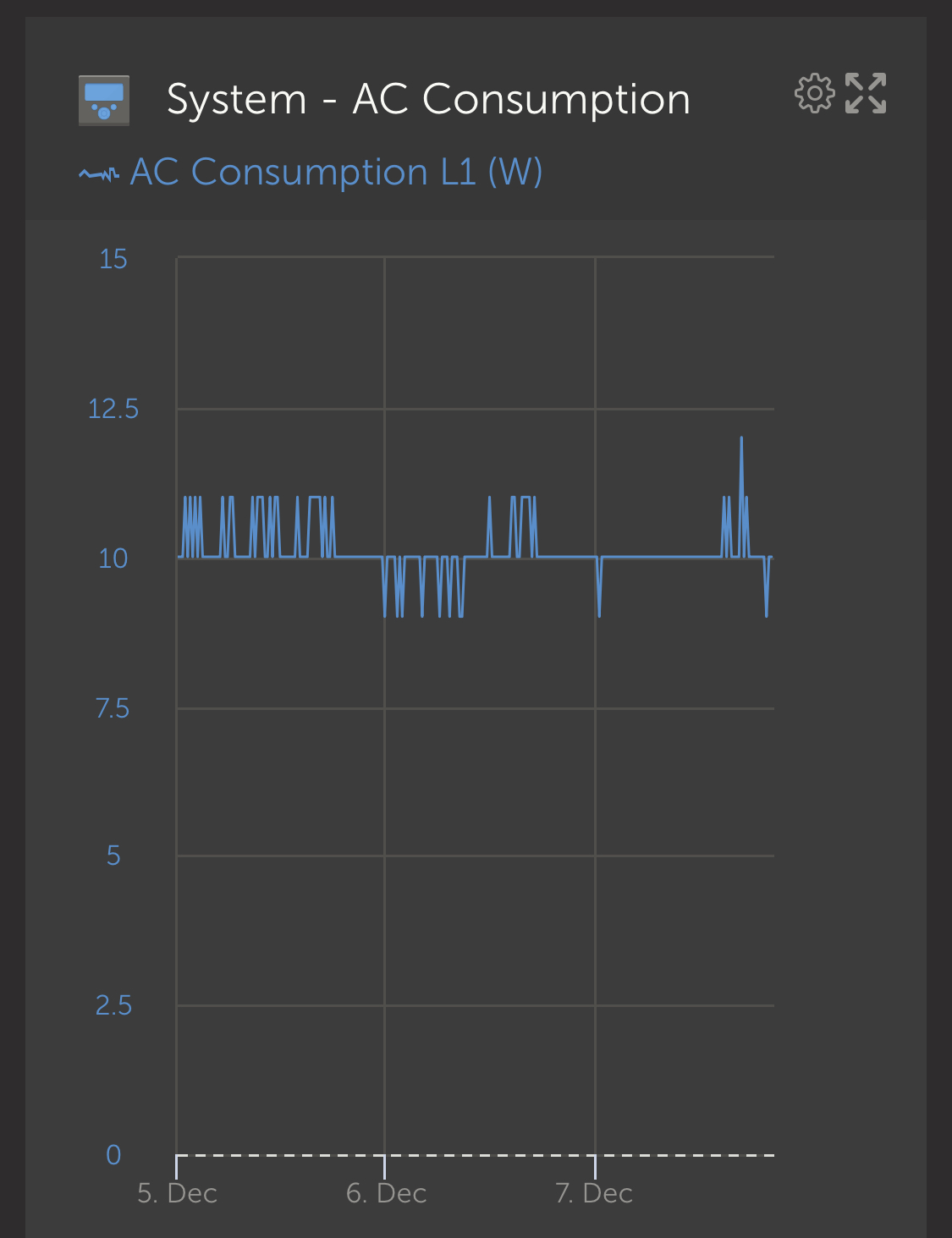