Adding a Quattro to a large diesel installation 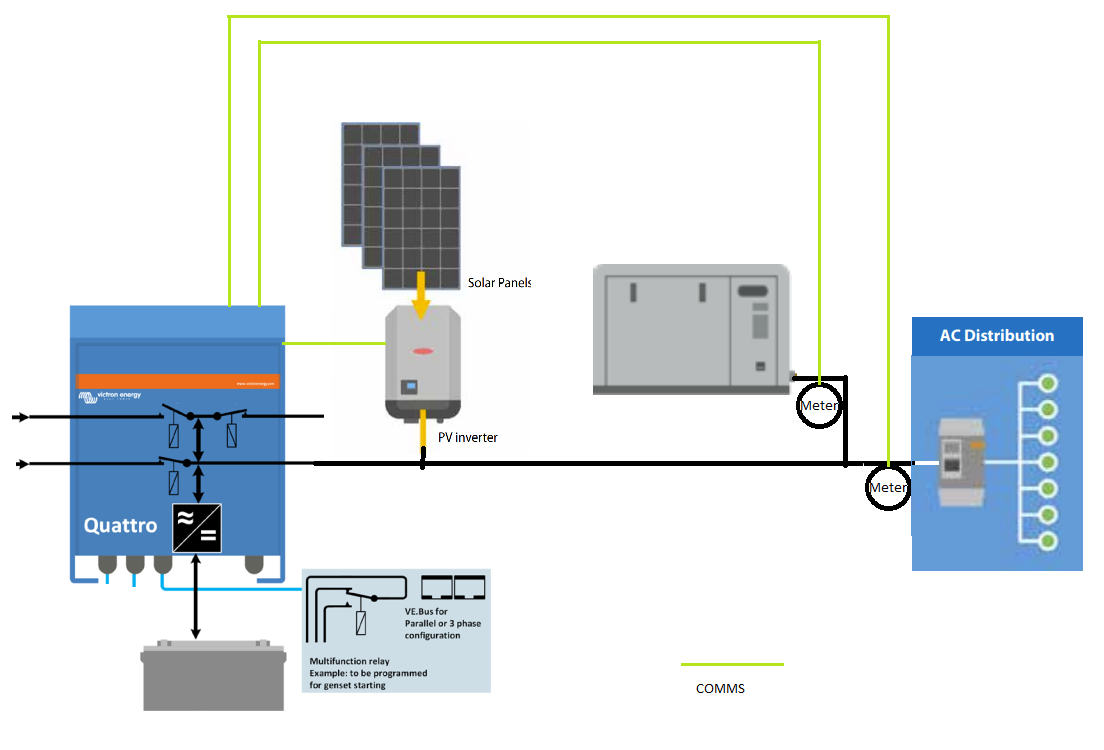 I would like to add a Quattro system, 90kVA, with a solar array 81kWp Inverter to a large diesel generator array, ~500kVA. Off Grid. It will be inconvenient to separate part of the load to run off the Quattro. This will also reduce the possible renewable energy penetration provided by the equipment as some of the solar might be curtailed when the load is lesser and the batteries are full.

What I would like to do is connect the Quattro output to the existing grid, attach the Fronius to the quattro output. This way the quattro and solar can interact with the entire load. See mockup drawing. It would meter the load, generator output power, PV output power, balance the system, and curtail the PV power if needed.

Is this possible in the vitron programming if I implement the metering devices shown?