I have a 3-phase system 3x5kVA MPII, 1xMPPT, 2xFronius Symo, BMZ lion battery 48V with BMS, everything is controlled by Cerbo + ESS assistant. Everything has current FW, AC Coupled feed in excess - ON, DC Coupled feed in excess - OFF. Now I canceled home UPS APC (for home server, CCTV...) installed Phoenix inverter and SmartShunt. I turned it on in Settings - System - Has DC system ON. I set the SmartShunt as DC Loads. Unfortunately, I have two problems.

The first problem - the DC loads field does not appear on the display. It only appears immediately after a restart, or on the display that I'm not using. 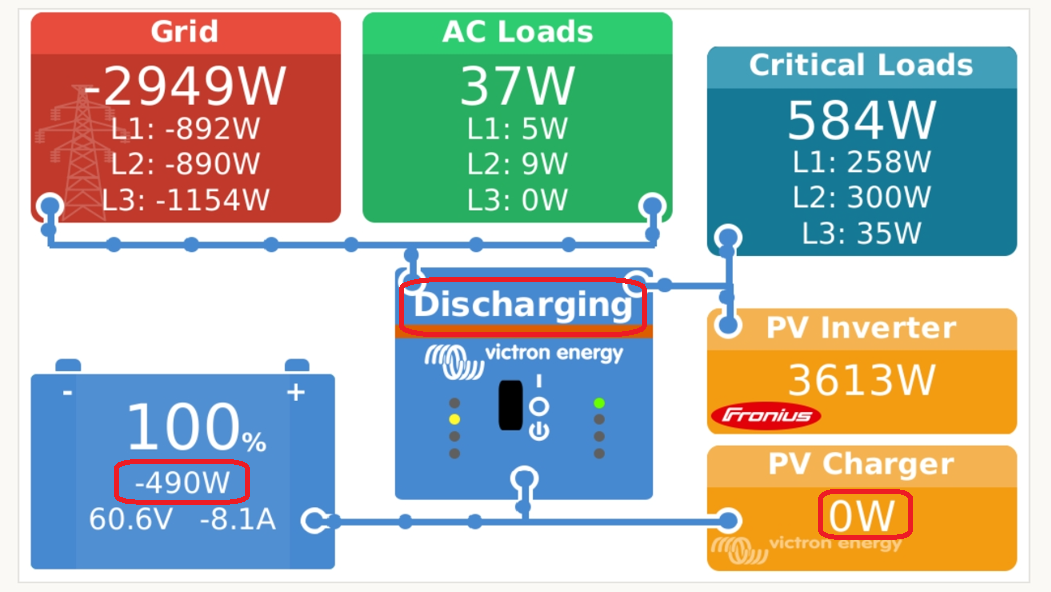 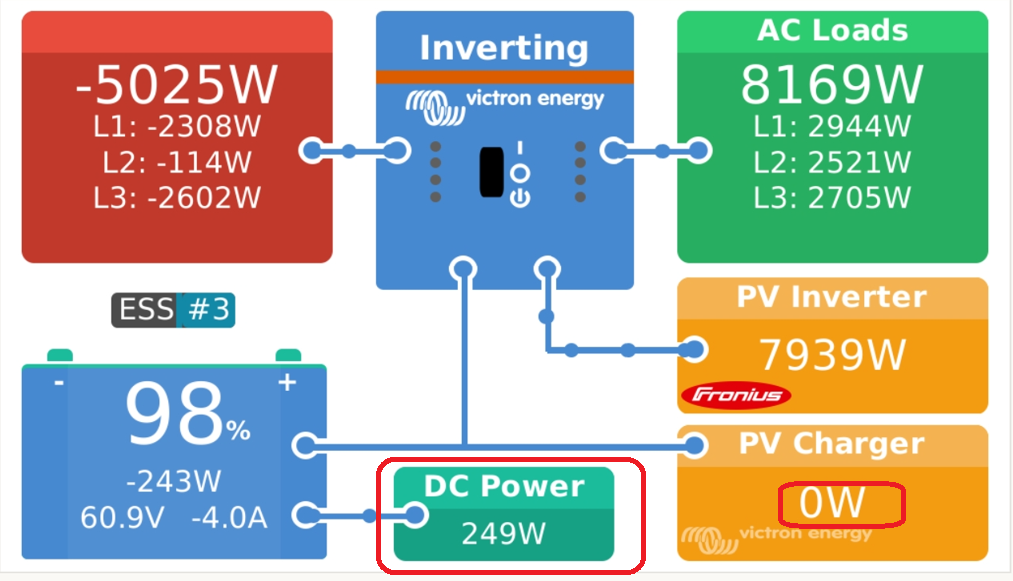 Another screen I don't use, here is the DC loas to see: 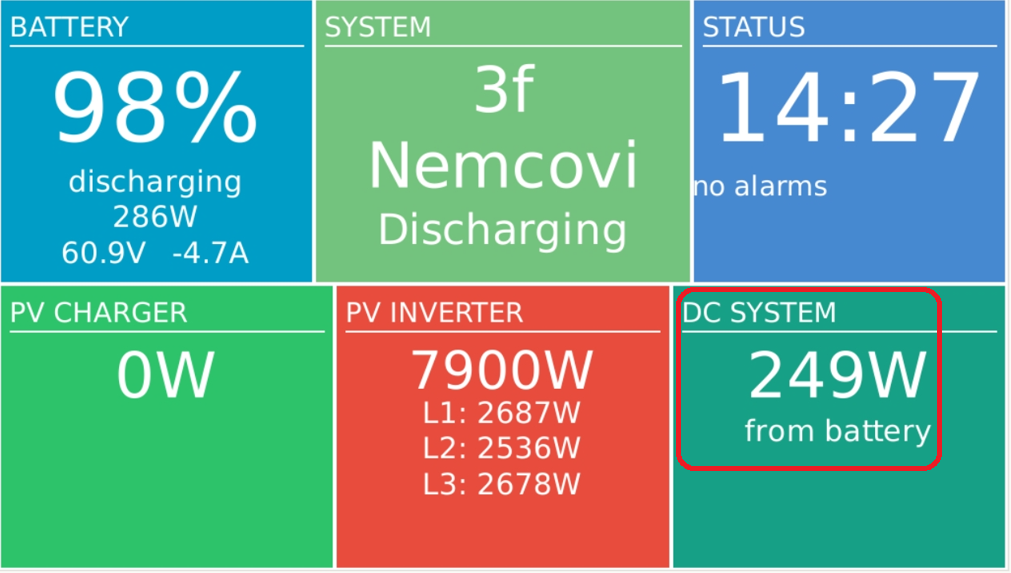 Would it be possible to modify the FW to show the DC load on the "primary" screen like here?

The second problem - if the battery is charged, CCL 0A. When I turn on the DC load, the battery discharges and micro-cycles (100% -> 97% -> 100%...). Unfortunately, the MPPT does not supply any power (to balance the draw from the battery), the Symo supplies power to the grid. Is this normal behavior? Shouldn't the MMPT regulator supply the same power as the Phoenix draws so that the battery is not constantly being discharged and charged? It can be seen in the pictures above.

Thank you for the responses, or for the advice.

Did you find a solution in the mean time?

I have exactly the same problem with "DC-loads" (an external charger in my case). DC-Loads are visible directly after booting the GX, but they disappear once ESS has started.