I just built a Victron equipped (MPPT and smart shunt) power station/solar generator. I wanted to see how long the so-gen would run my fridge on the battery. I am running an RPi with Venous OS. While only monitoring through the VRM while at work, the Pi would only report the smart shunt for 2-4 hours and then stop reporting. I had to come home and power cycle the Pi to start reporting.

So not sure if it was wifi, the VRM, or something else, I connected my hacked laptop screen to the Pi. When the Pi stopped reporting on the VRM (reporting only the smart shunt) the directly connected screen reported voltage, watts and amp draw, but not batt percentage. (second pic)

So I connected my solar panel and power cycled the Pi. Same scenario. A bit of time later the shunt stopped reporting on the VRM. Voltage, watts and amp draw, are on the screen, but not batt percentage. (3rd pic) The solar continues to report on the VRM and screen

Not sure where to troubleshoot now. Any help would be appreciated 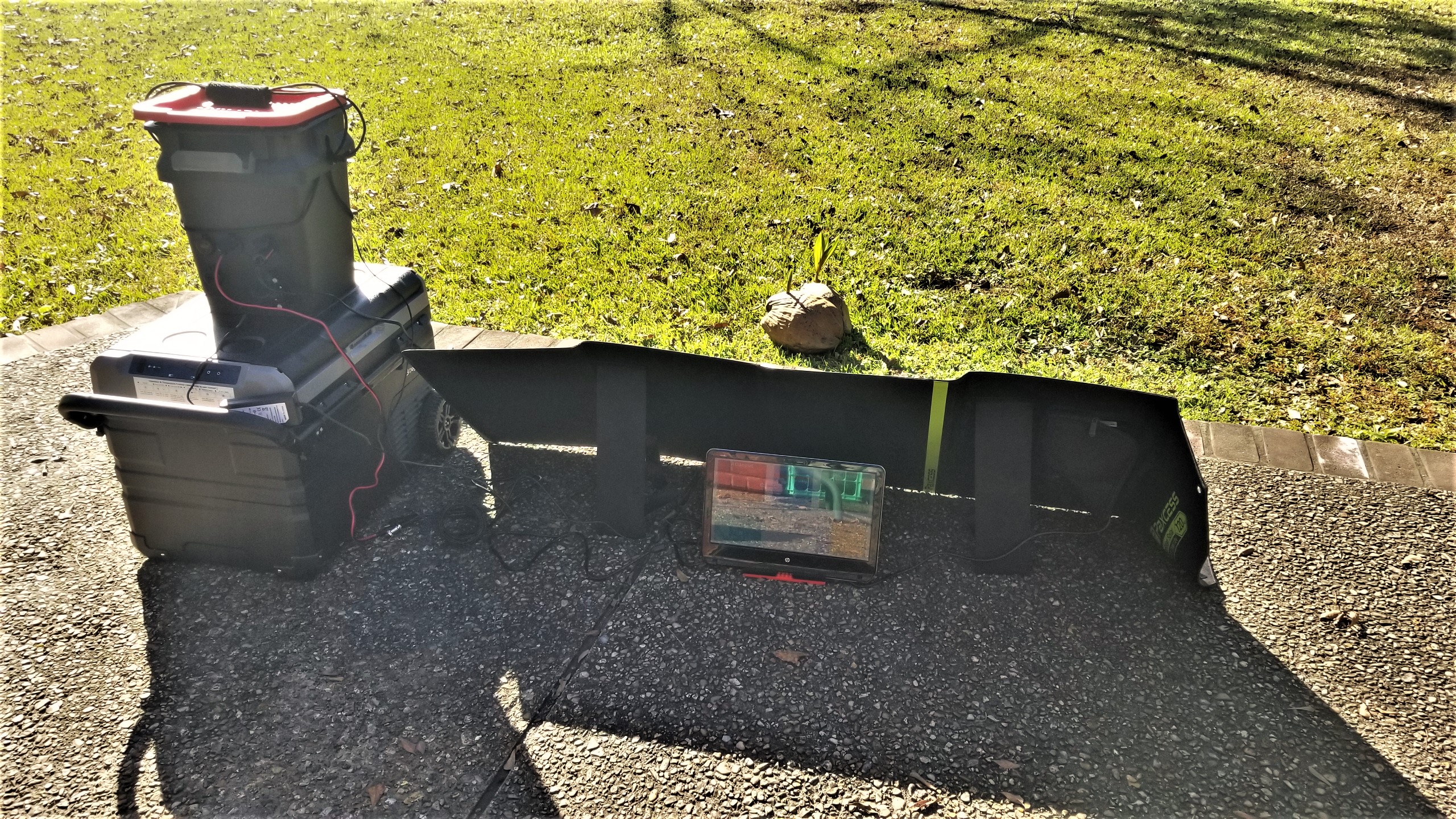 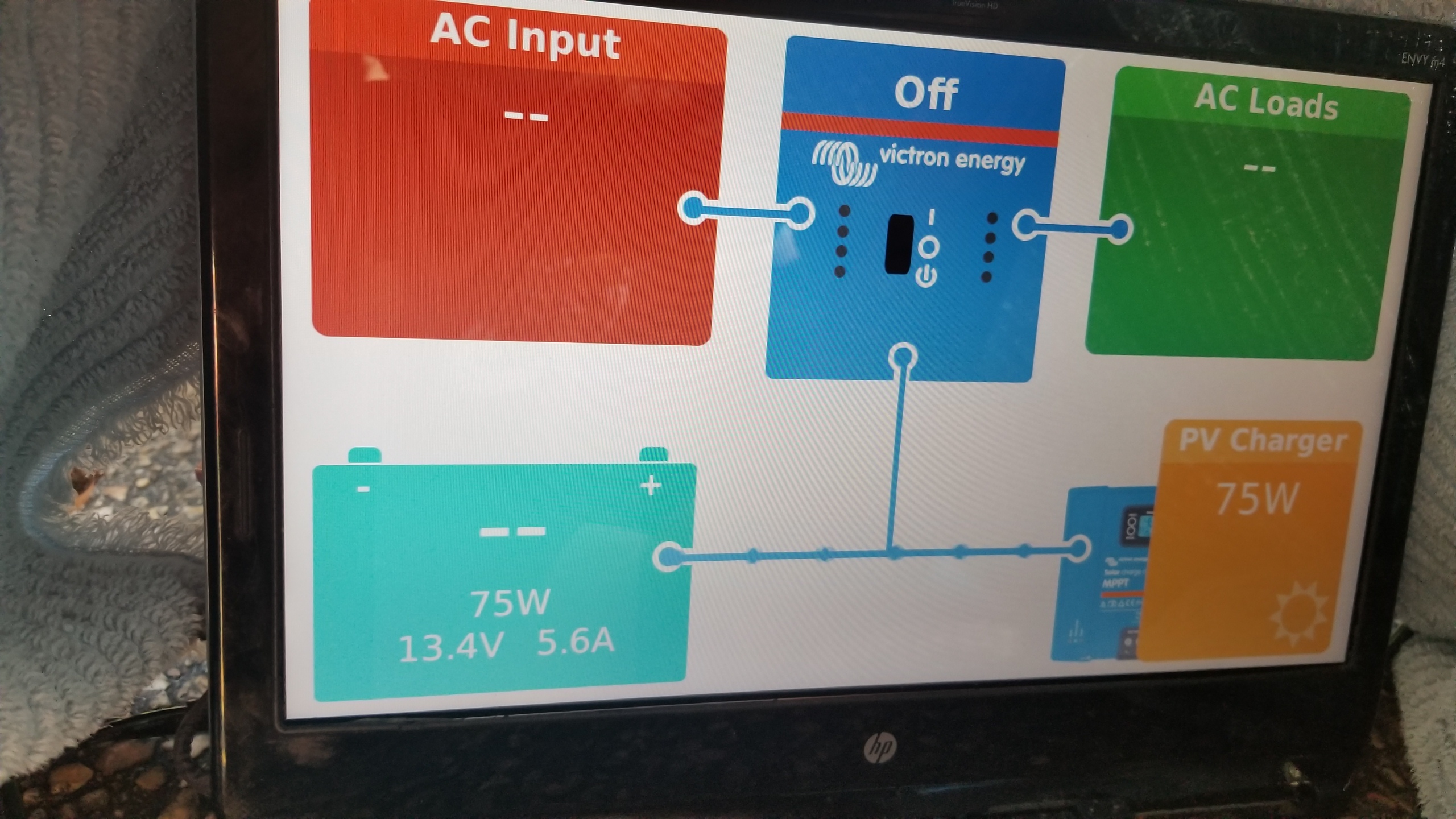 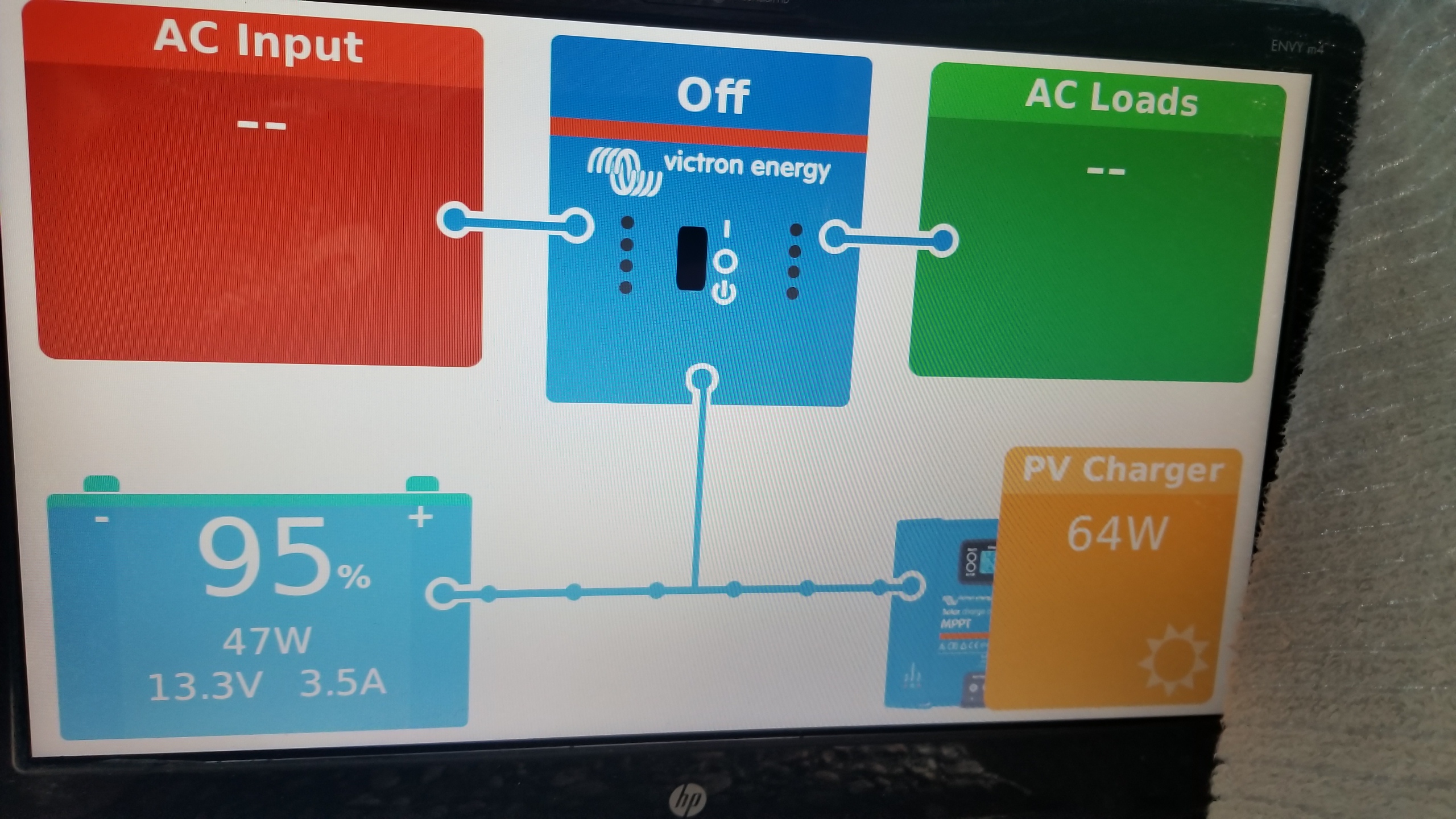 First thing I'd do is eliminate RPi issues.

Not sure what the options are, but set up some logging to monitor WiFi, internet and the Victron data. Cos at the moment you've not got enough info to go on.

And how would an issue with the buck report a 1/2 dozen parameters consistently, and only 1 intermittently?

How would monitoring wifi change things, (assuming there could be a wifi issue) as the directly wired screen does the same thing?

You said VRM stopped working. I assume that's getting fed via WLAN and internet. Sorry if I misunderstood.

Pi via buck boost - if you're powering the Pi from the batteries you're monitoring, it eliminates this.

Really I'm second guessing what you're doing/how it's set up because you're not giving us much to go on.

If you are suspecting power supply issues, help me understand how that effects only ONE parameter, and not ALL parameters.

And... let me know what more info you need to further help diagnose. I will provide it

Power supply issues are out. 3 hours on the power bank, and same scenario

If the Pi is getting some data from the battery monitor the serial connection or the Pi isn't the problem. Sounds like the shunt/BMV fails after a few hours? Weird problem.

I have an extra cable. I think I'll try replacing the shunt cable to see what happens

I changed the USB/serial, and once changed, I plugged the USB into a different Pi port. It has run 24hrs now without a hiccup, when before it was only running 2 to 4 hrs

Not sure which of the 2, or maybe both... or neither.... made the difference. More time should tell

Everything has worked from my last post on Dec 04 to now. I have the same but different issue. Before and now the RPi was not reporting battery SOC.

NOW the SOC is not showing on Victron Connect either! The SOC was showing in the VC app before

Do I have a bad smart shunt?

41 People are following this question.