I've just installed a BMV-712 to monitor a 105AH AGM auxiliary battery in my car and am having issues with it overcounting / overestimating the amount of amps drawn by my accessories. The result of this is that at the end of a four day trip my State of Charge was down to 22%, whereas my Redarc BCDC1225D charger was in float mode as the battery was completely full.

The reasons I believe the BMV-712 is underestimating amps are:

- The Redarc BCDC1225D charger believes the battery was full whilst the BMV-712 believed there should have been an 80AH deficit. I trust the Redarc charger as it is plug and play (ie. I couldn't have done something wrong here), and the battery voltage aligns with the idea that the battery is full (ie. settling at 13+ volts after some time of no load / charge running through)

- I put an inline digital watt meter on my 12v fridge (the largest draw) and checked its read against the BMV. The watt meter showed draw that was ~60% less than that showing on the BMV-712

To be clear, the BMV-712 doesn't seem to be overestimating charging amps. It is showing a very clear 25amps when my 25amp DC charger is running on boost. It just seems to be the load side that has the issue.

For your reference, I have wired the shunt as follows:

- Battery side: Negative from auxiliary battery

Any idea as to what I am doing wrong here? Hoping this is just a simple mistake I have made in the wiring.

Don't use the philips head screws. Only use the big bolts on top.

Thanks JohnC - will give that a go. Can I ask what the phillips bolt is for, then?

The small screws are only attach the BMV PCB to the shunt, nothing else.

Thanks JohnC and Matthias - confirming this was the issue. 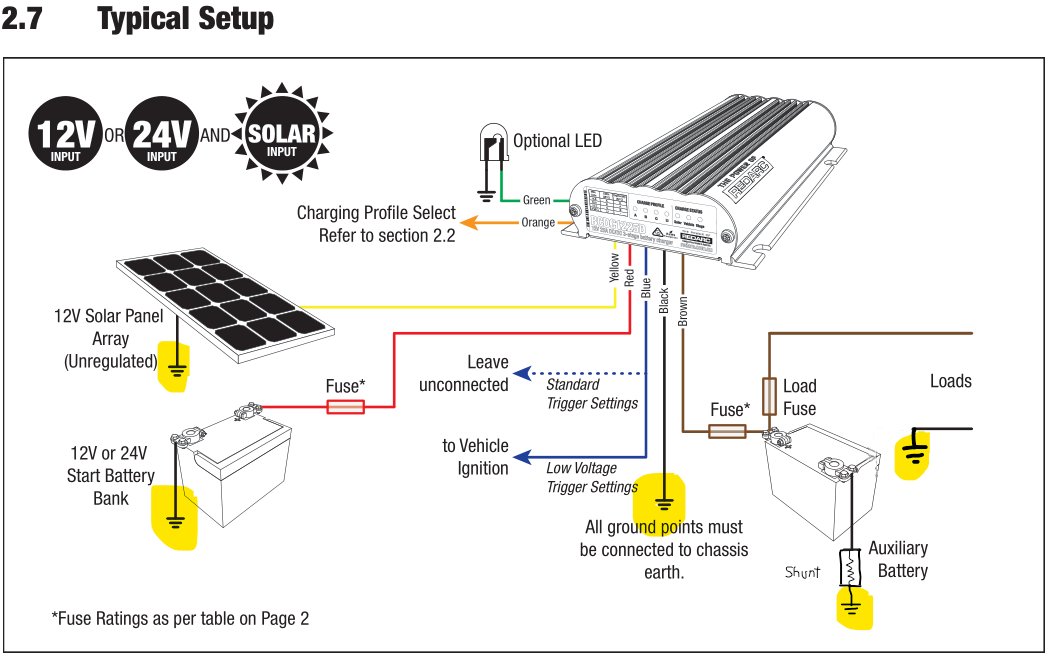 What happens when BMV712 sees charging beyond 100% SOC?

What bmv for 2 batteries.