This one is a bit puzzling: we have a 30A isolated Orion Tr Smart DC-DC charger wired to charge our LiFePO4 house bank from our 80A alternator.

The Orion is configured with engine shutdown detection, and gets enabled by the ignition key wired to the remote shutdown. There is a SmartShunt between the Orion and our house bank to record power generation (configured as DC meter).

Today we finally had the chance to give this setup a spin, and seems to work great. We drew the house bank down to about 70% SoC, and then went running the engine at cruise speed for a bit over an hour. We’re getting something around 20A constantly from the DC-DC (as reported by the SmartShunt).

However, what was confusing was that, when connecting to the Orion with VictronConnect, this is what it showed:

Despite this, the LED on the device was blinking green (meaning bulk charge), and current was flowing. So this is a bit confusing. 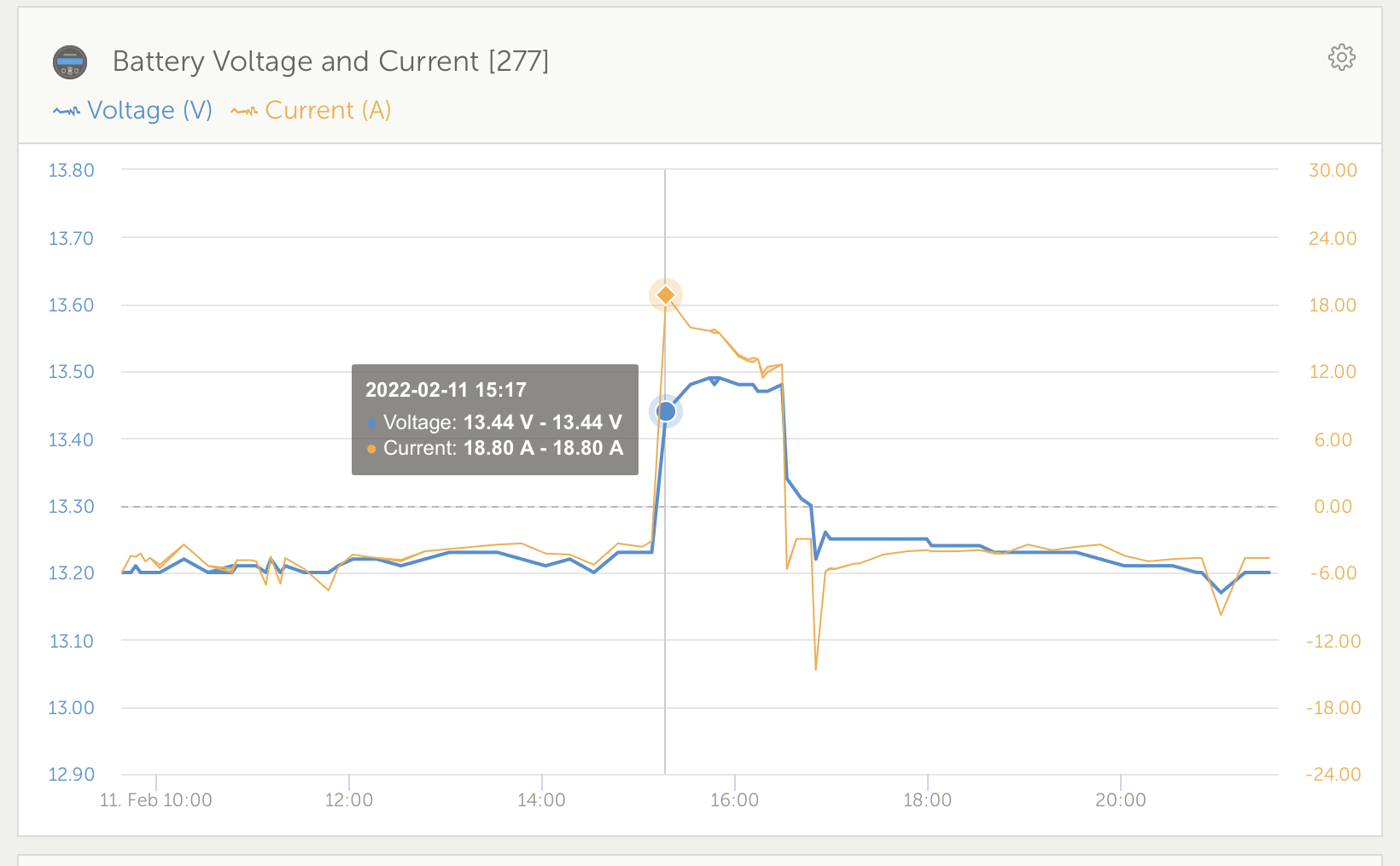 Ideas what could be causing this?

You have configured your Smart Shunt as an energy meter?

What device is giving you Soc readings for your battery??

henri-bergius commented · Feb 13, 2022 at 10:26 PM
I have two SmartShunts: one monitoring the battery bank, and another configured as a DC meter connected just to the Orion.

Other charge sources (two solar charge controllers and a multiplus) report directly to the Cerbo, but Orion sadly can’t.
0 Likes 0 ·

I have a similar - but not identical issue. See my post here.

There is something very wrong going on with these DC-DC chargers.