PWM Duo Vs MPPT Blue Solar, for Two Batteries that are wired to act in parallel or independent.

I would greatly appreciate any suggestions as I have read through the product manuals, checked some videos, and still not sure regarding the following engineering decision:

I have two 100 amp 12v Bosch batteries (which I plan to upgrade) in a marine setup where one is for the engine (1) and the other is a service (2) battery, but can also be switched into a "both" position to parallel into a 200 amp 12 v setup as one larger battery. However, there is also an "on-off-combine" switch to isolate the engine battery from other loads. Below are the two switches and the order they are installed from left to right. 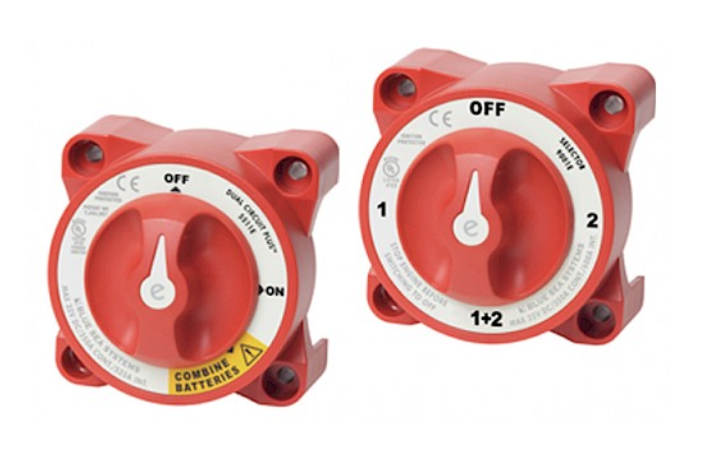 Here is the view from behind the panel where the order is in reverse (i.e. the left switch from the above image is on the right side here below): 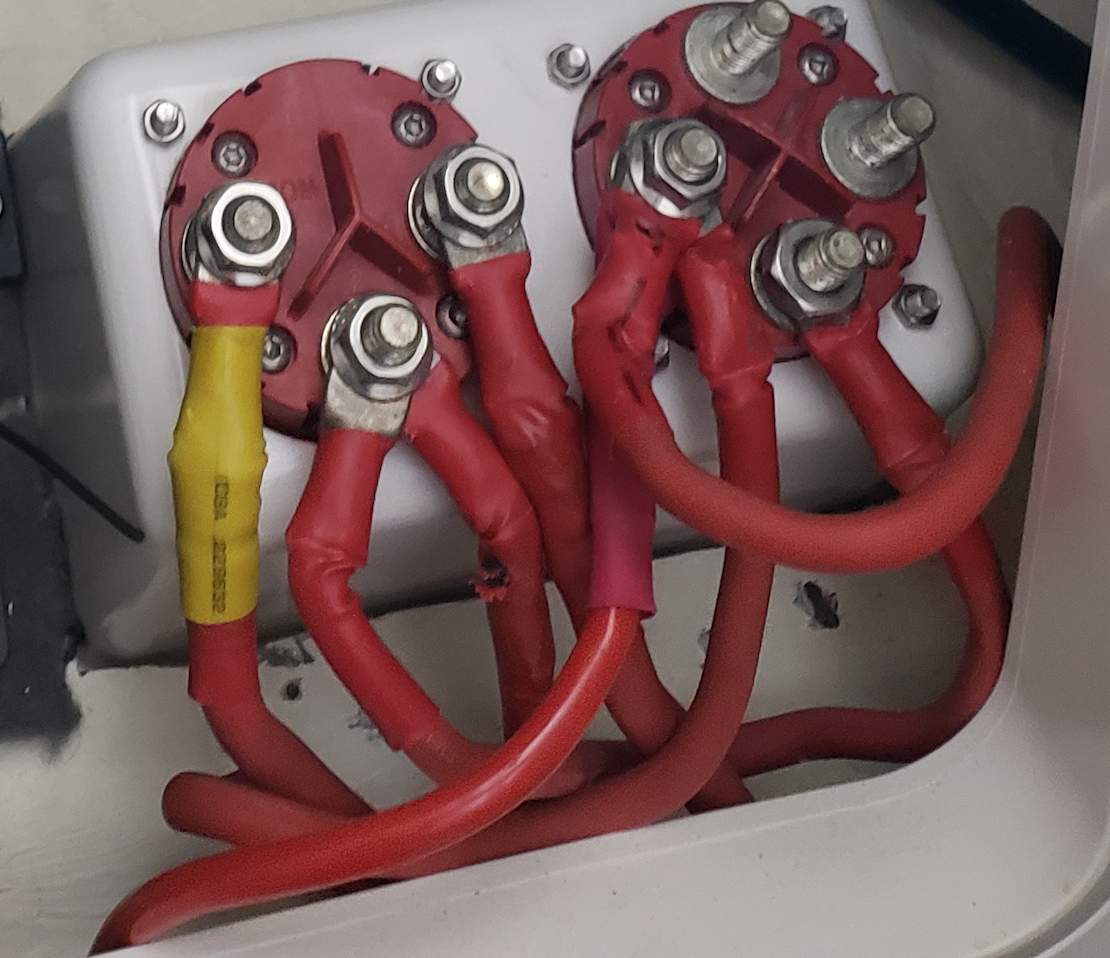 Again, when I switch the batteries into position 1, just the engine battery works, to power anything connected to the system, likewise, when position 2 is selected it powers everything (including the engine if needed), while when both is selected (1+2) again everything is pulling from both.

I am trying to choose whether to use the Victron smart blue solar series with the Bluetooth monitoring, but given that MPPT only has one battery output I was considering whether the Victron BlueSolar PWM Duo-LCD would be more appropriate (the amp ratings are well within limit for the 200watt setup I am planning, for both model versions I have in mind). Of course, I would prefer the MPPT over the PWM.

In the area where the batteries are, I can see wires running from both batteries to the "both" synthetic poles (like a single bus bar made from two long screws), which I was thinking I would attach the MPPT there, but would that be enough for the MPPT to know which battery needs the charge? What would be the best given the scenario, to use the duo and connect directly to the batteries poles, and would that not conflict when using "both"?

In the image below, the synthetic "both" terminals can be seen on the bottom of the photo (i.e. the two screws with multiple nuts). The thin red wire with inline fuse from the shunt connects to the positive of the "both" terminal (for a BMV-700 device)

P.S. If I choose the DUO I was planning on installing the temperature/volt monitoring gadget (Smart Battery Sense gadget) for each battery, whereas with the Smart Blue Solar module I believe Bluetooth comes pre-installed, although I think I would still need the Victron Dongle Bluetooth Display for Victron MPPT Charge Controller and Battery Monitor?. 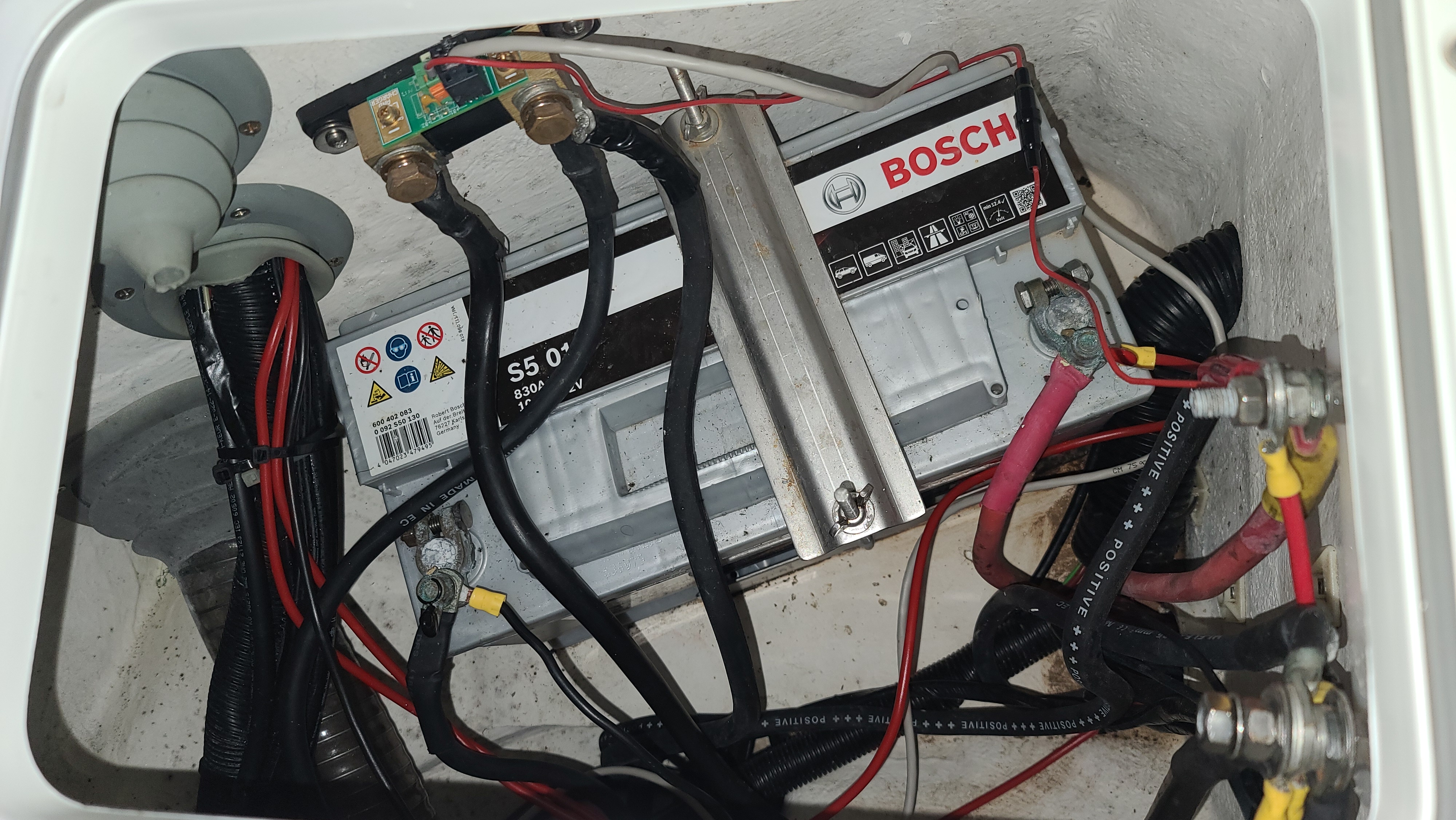 And the other battery for reference: 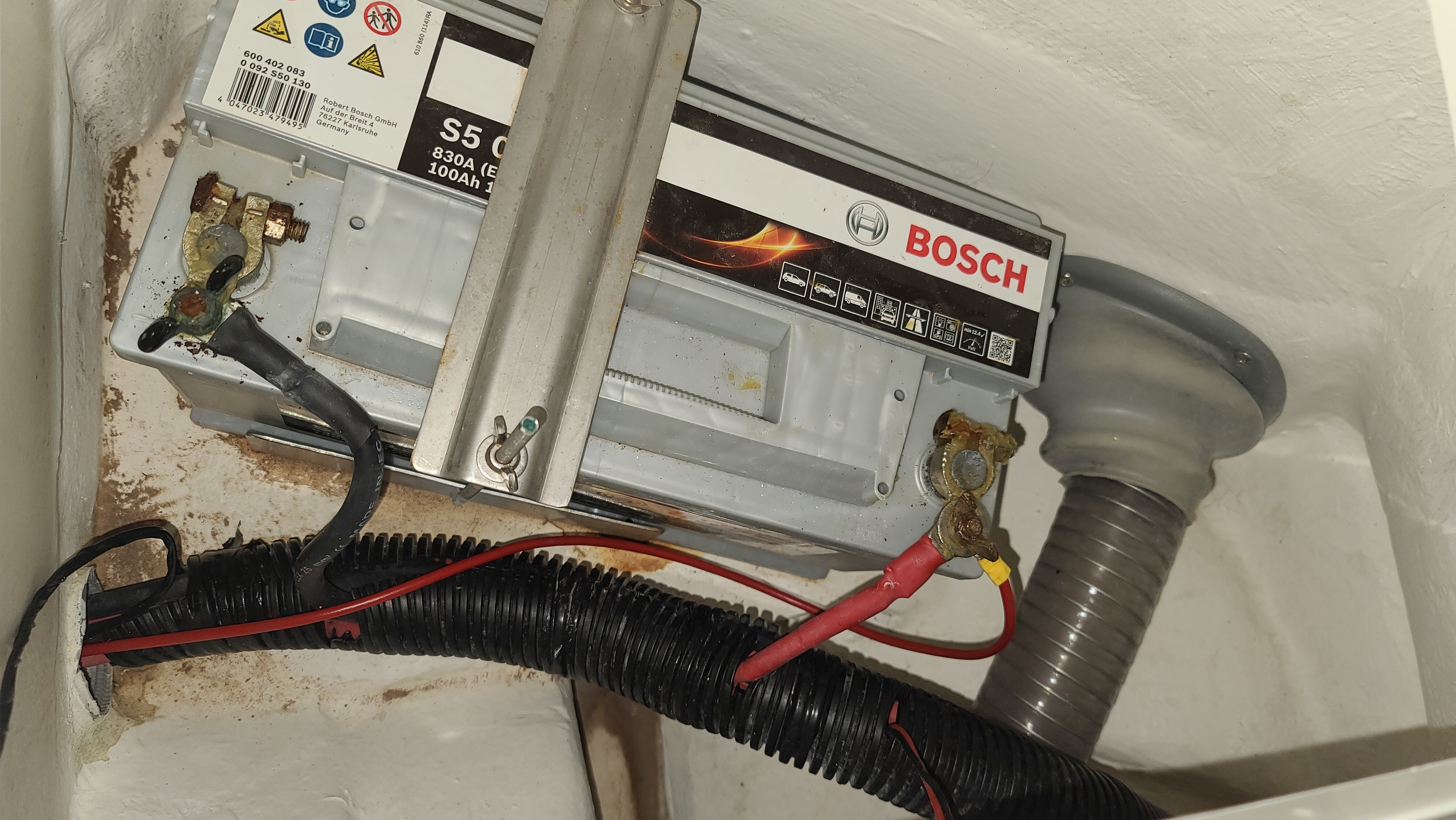