BMV712 shows current but no history

I have installed a BMV712 and believe everything is wired correctly, we have a voltage reading and the current also registers values but when we tap the history tab there is next to nothing showing.

The shunt is wired with a single 95mm2 link cable to the negative of a 3x110ah battery bank. That is the only wire that side. The right of the shunt then links into the boat (its on a narrowboat) and has about 3 or 4 load wires coming off it. The battery bank has nothing but link cables going between the negative poles and the positive only has link cables except the most positive battery with the loads again.

Overnight our battery went too low, we inherited the system a few weeks ago when we purchased the boat so I'm not sure if we have a duff battery bank. I'm confused how current it flowing via the shunt yet there appears to be little to no history.

When installing the shunt we ensured all loads got switched off and clicked the calibrate button. Running some loads last night showed a negative current and running the generator this morning activating the built in charger showed a positive current.

The 12v wiring consists of a split charge relay from the starter, solar input and a Freedom 20 inverter and 12v circuits.

When we purchased the boat the previous owner had the first battery feeding the positive and negative loads and some other loads on the middle and end battery. We rewired the bank so all negatives were fed from most negative battery and positives from most positive. I'm not sure if they've damaged the batteries in the way they had it wired up.

These are some of the current readings... 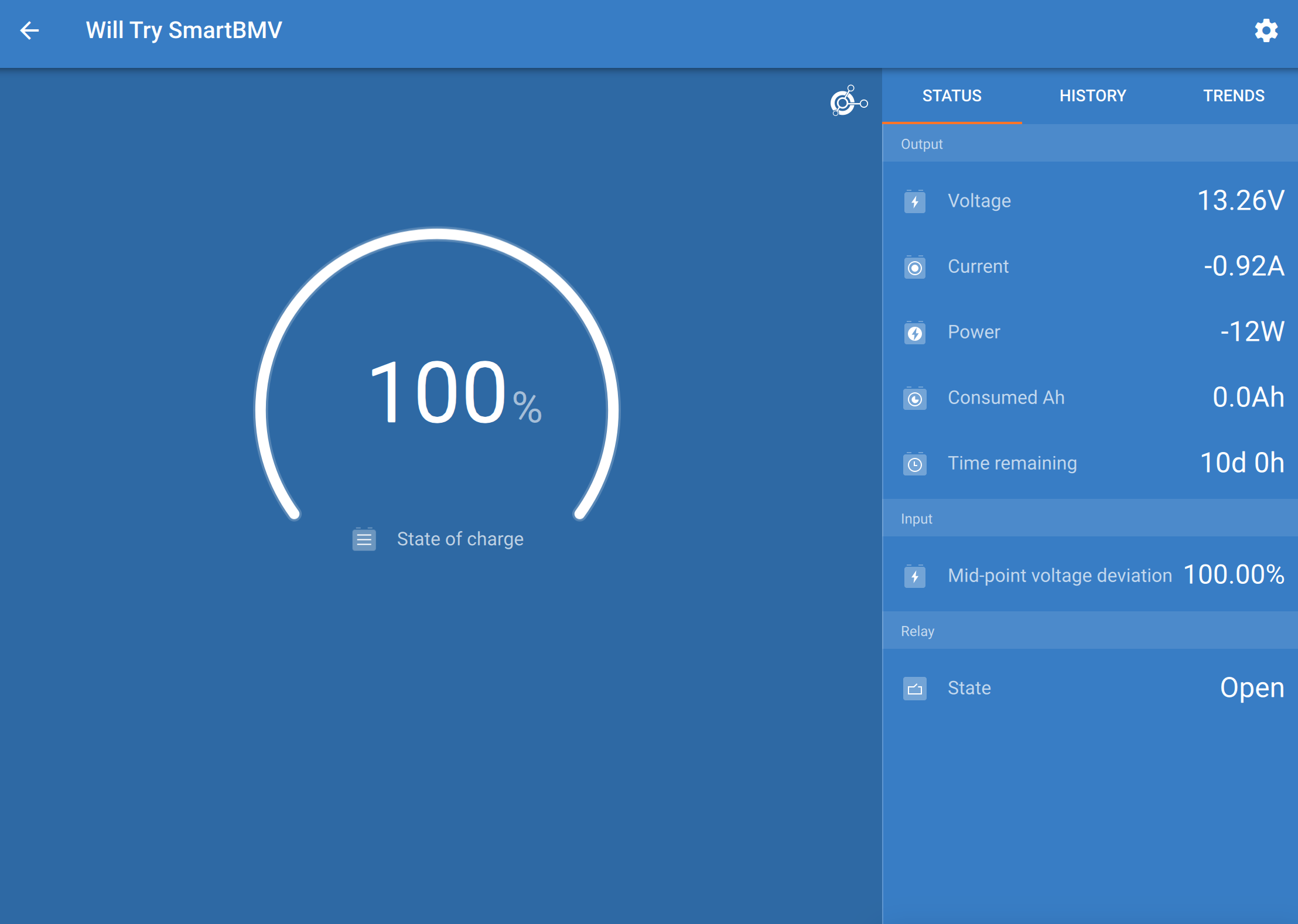 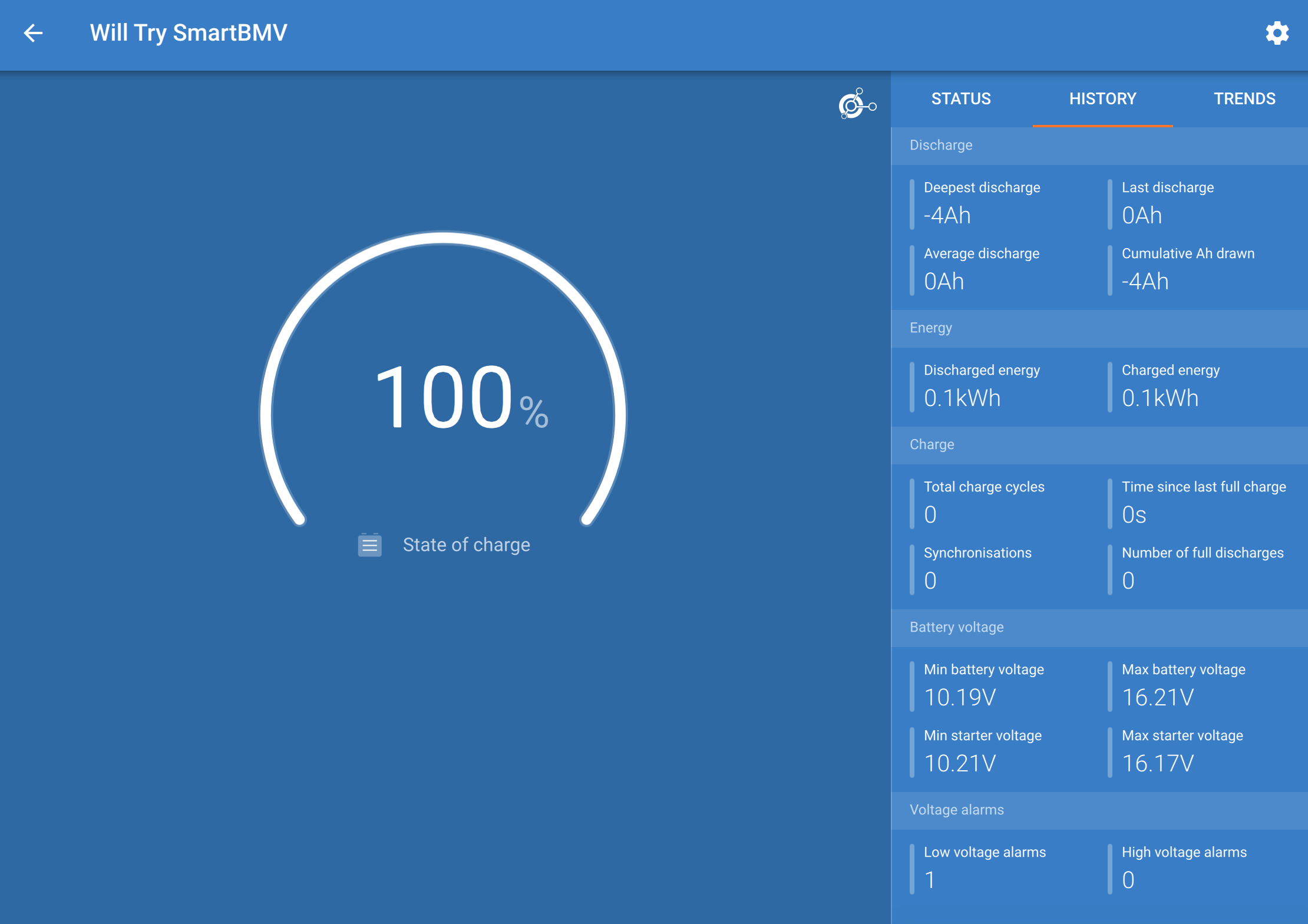 I have the same issue with no history before the moment I connect.

Normal operation. History is just the historical data in the side bar. You do not get a rolling 30day history like on an MPPT.