Hi everybody,
I hope you can help me with this.
I am upgrading the electric system on a Rapido 9083DF from 2007 which I bought second hand in 2019.
The system is factory-wise equipped with a CBL DS520-distribution block. When I bought the vehicle, two parallel 110Ah sealed lead-acid batteries had already been installed, which I have not changed yet.
I first of all upgraded the system to a total of 480Wp solar panels connected in series with a Victron MPPT 100/50.

I now have also equipped the vehicule with a Victron Orion to recharge the batteries while driving if weath is bad and also the new SmartShunt 500A/50mV to monitor battery activity. The plan is to replace the existing battery bank with 200Ah of Lithium, when the existing batteries are dead.

I also have a 1200W pure sinus inverter installed.

I checked and rechecked the wiring and it is correct. All negatives, including the negtive to the second batterie are connected via a distribution box after the load connector of the smart shunt.

I have callibrated the SmartShunt with the negative load cable disconnected. So far so good.

When I charge the batteries however either via the MPPT or the ORION, with all loads turned off (physically pulled the plugs on the distribution block and the other Victron charging devices turned off and the inverter unplugged) the amperage and watts dilsayed by the Shunt is approximately 50% lower than it should be (compared to what the MPPT shows as amperage being delivered to the batteries).

The MPPT delivered 20A at 9,,8Amps (according to Victron connect) , but the shunt only displayed 4,8 Amps.

The same holds true when I put a load when discharging and turning all charging devices off. The amperage and watts drawn from the batteries are approximately 50% less than what it should be.

To test, I turned the inverter on, connected a Watt-Meter to the plug and put my Laptop on in video mode. The watt meter showed a steady consumption of approximately 60 watts. Accounting for losses du to the inverter, I estimate that the draw would have been 70 watts or approximately 5,8A. The shunt displayed only approximately 3 Amps of draw.

During a discharge test, with approximately 8Ah of the Battery, the Batterievoltage dropped to 12,05 (after turning all charges off and waiting for 15 minutes), or 50% DoD after approximately 15hours of discharging, However the Shunt claculated 81% SoC (or 19%DoD).

I am at a loss to what the problem could be. Any ideas?

please can you send us a pictures of your conection?

the only one time i saw this is when the conection was don in the wrong screw.

the conction was done on the small screw witch fix the electronic card not on the biger witch is on top off the schunt !

"All negatives, including the negative to the second battery are connected via a distribution box after the load connector of the smart shunt."

That makes me think there is some wiring issue.
Do you have a wiring diagram and/or some pictures of you installation? 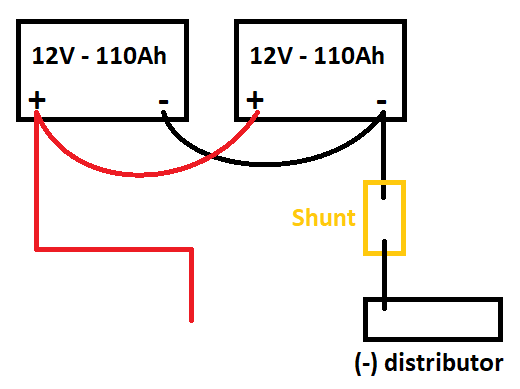 From you description and the picture I think you have it wired like that: 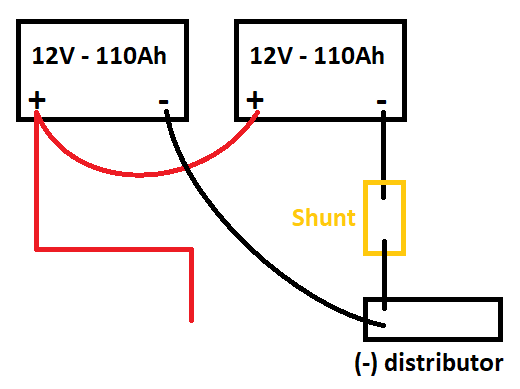 Indeed I have it wired like you think I do. I'll modify and let you know the outcome, but it makes sense.

Here you go. I think the wiring of teh shunt is correct. 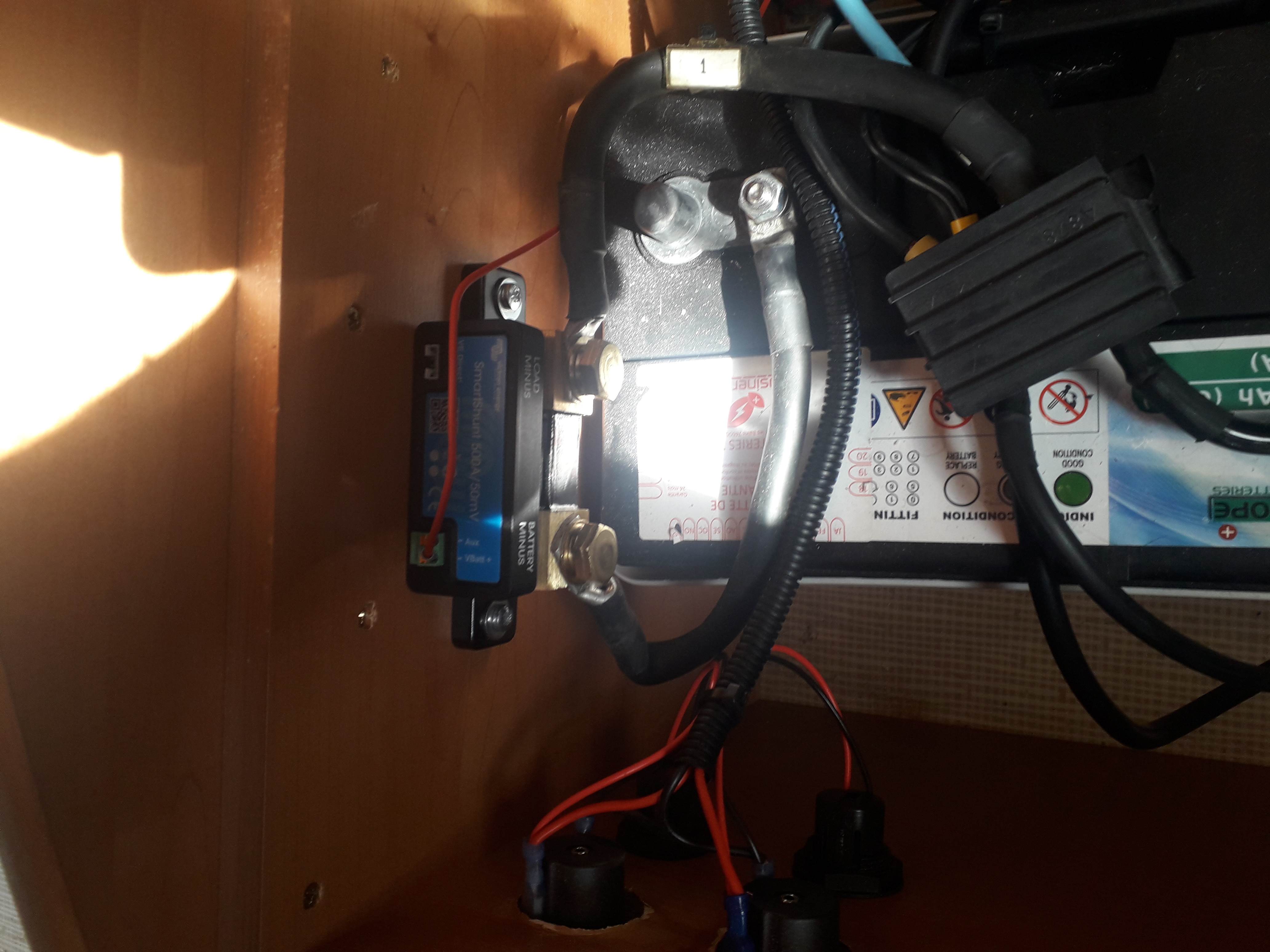 effectively, we see only one cable on the - . in this case you will have 2 cables on it, the - from the over battery and the - to the shunt !

Should I upgrade to SmartSolar MPPT? (corrected)