I have an ongoing problem with what seems to be erroneous High Temperature alarms on the Multiplus 12/3000/120-50.

-- checked all terminal connections... everything is tight.

-- manually measured surface temperature of multiplus, which ranges between 20C and 30C.

-- I observed that the fan on the unit does not come on and I thought it was a faulty fan. I added a large load to the system by turning on the AC unit when inverting and the fan promptly came on. So, I'm thinking the fan is working as it should.

-- the unit is installed in a bench seating area, which is enclosed. I thought ventilation was a problem, so I added 4 cooling fans and external ventilation, still received alarms.

Any ideas on what else to check?

I have the same issue on the same model Quattro. My firmware is up to date as of this morning. Any updates? Is this a battery temperature issue or something else? 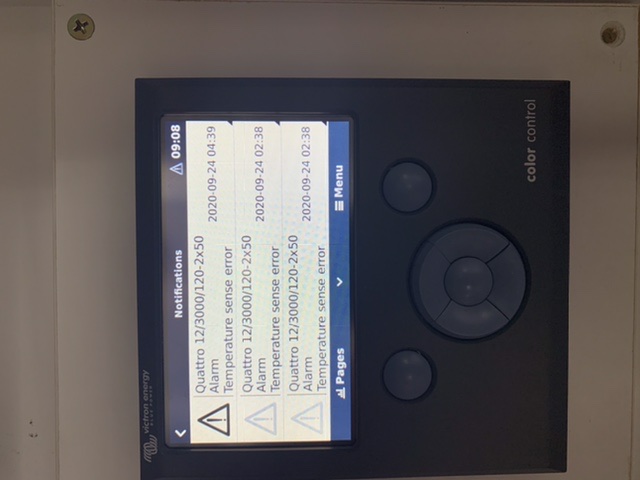 Input is used for BMS connection

Shout out to the awesome guys at AM Solar in Oregon for helping me figure this issue out!

The main cause was due to enabling DVCC in the Color Control unit. I had previously tested this out and had disabled the option but the problem persisted, but did not know that if DVCC is enabled (and then you want to subsequently disable it later), you need to follow a Reset and re-discovery procedure to truly disable the setting.

Tip: For those experiencing the issue, look at the AC Input Current charts in VRM. Here's a screenshot of what input current looked like before: 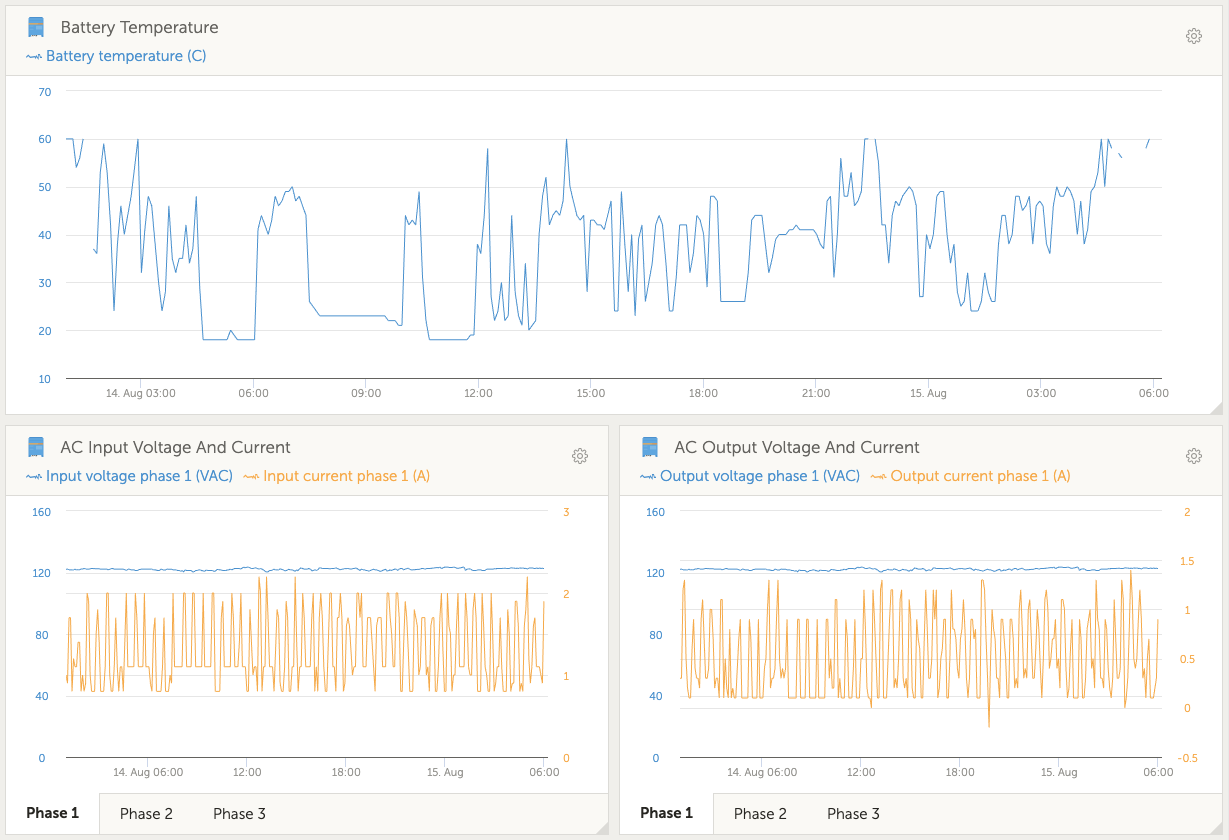 And now after DVCC is disabled properly: 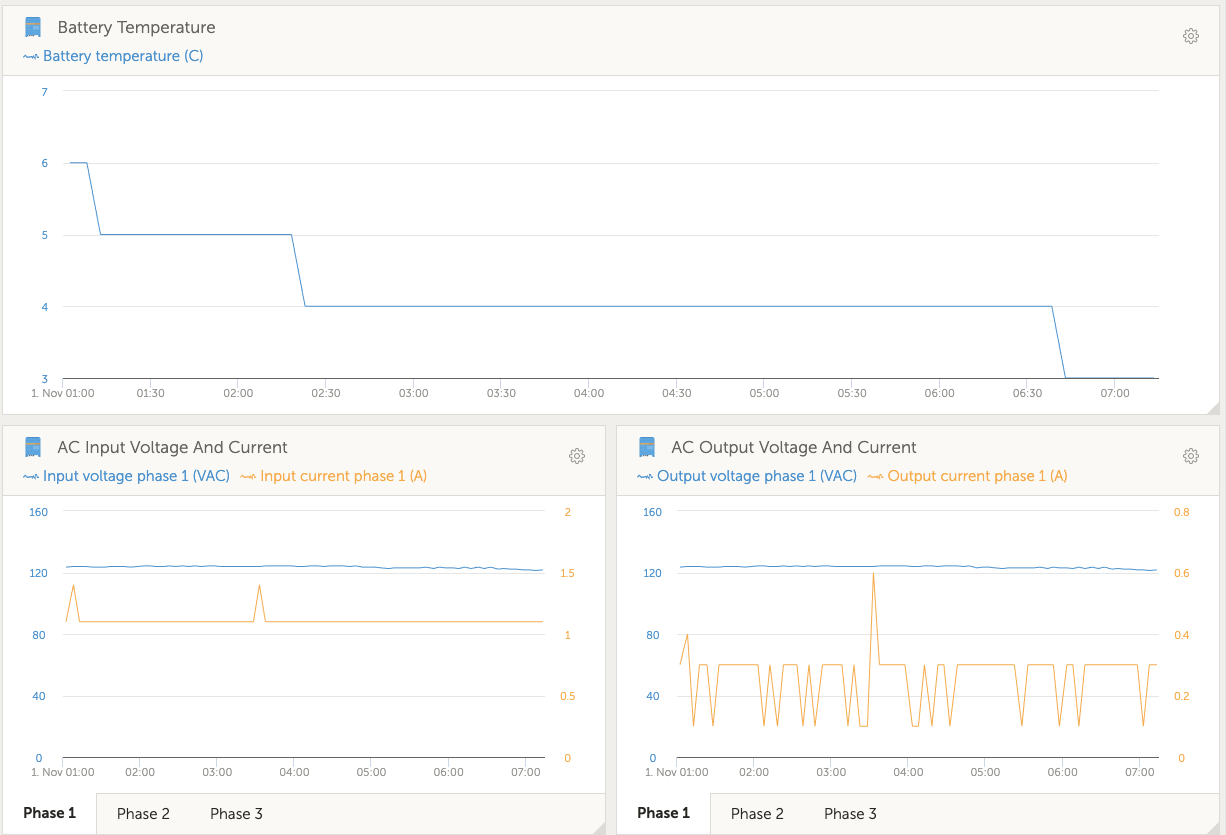 I have the same error here on Multiplus 12/3000/120. Latest firmware. I have a Victron Battery Monitor BMV-712 with a separate temperature sensor connected to it and DVCC enabled in Cerbo GX. The Cerbo always selects the BM temp sensor when selection is set to "Automatic". The temp sense warning comes up randomly regardless of the charger state ( connected to AC, disconnected to AC, inverting). Checked the battery temperature with an infrared thermometer - it is fine. The charger fan is not running and the charger itself is at room temperature. I do not want to disable the DVCC because I have solar controllers as well and like how the whole system works. I did an Internet search and it appears quite a widespread problem and Victron is not responding to it.

I have the same issue on my multis ( parallel system)

Bith are over heating because the fans are not kicking in.

Generation of surplus with the grid, Anti-island protection Quattro.