At this time the Venus GX counters appeared to suddenly transpose ie D1=D5, D2=D4, D3 remained the same. The Venus GX was not touched nor the wiring and has been working almost 12 months without any problems.
I'm at a loss as to the cause. Any ideas?
No wiring was changed and it was the counters on the Venus GX and VRM data which changed.

By way of example, D1 is connected to a tipping bucket rain gauge and D5 is a solar energy meter with pulse output 3200/kWh. Up to 29th May D1 has a very low count then suddenly gets a daily large number from the solar energy meter. 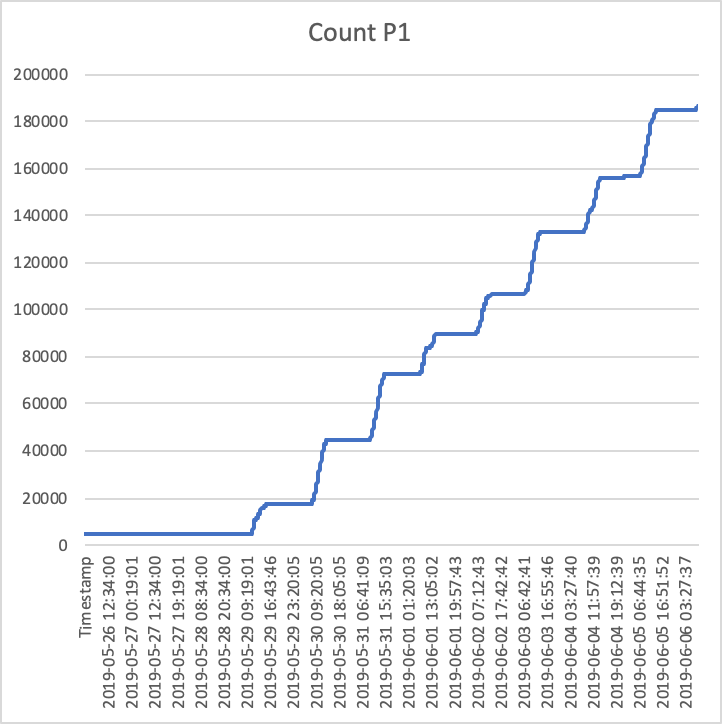 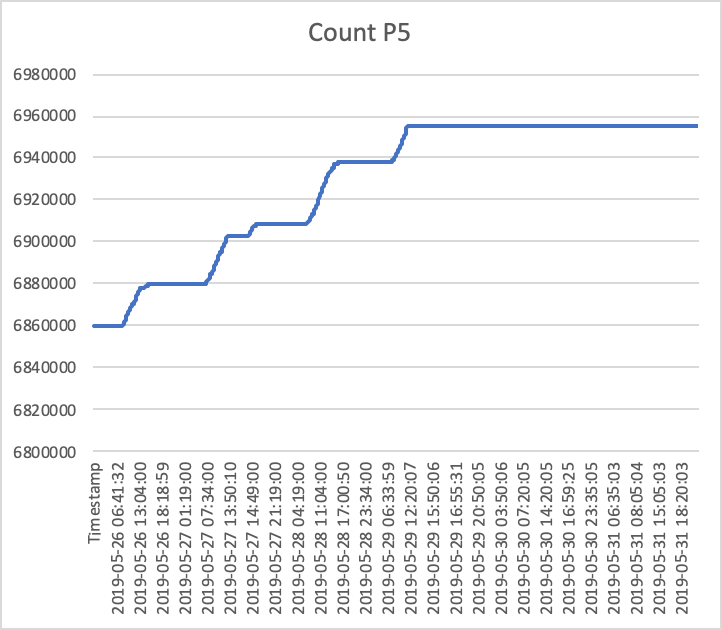 This was a bug in v2.30. Released around the 29th. So any device that was ( auto) updated will have had that issue.

And now not anymore: we released v2.31 which solves it.

My apologies. This should not have happened.

Thanks V2.31 did solve the issue Digital input order.

Some more information; a screen-capture of the VRM data highlighting in yellow two counters with negative counts D3 and D5 also some added code "a163" in some columns.

This is all indeed strange, on investigating the problem checked all the wiring, the only thing I found is the VRM negative power cable had a finger tightened M6 bolt hold the cable lug.

just a though its maybe just upgraded its self to 2.30 f/w as that has not been out that long So,

Hi Ray just noticed this in the Modifcations area unader a updat for 2.30 iots now upto 2.30-4 but its the latest release candidate and beta F/W use at own risk I would think.

so the roll back would be better until 2.31 is realsed Your call

Thanks, I did not search "digital inputs", the Venus GX is configured to auto update and should be the latest version, but this happened some time ago unless the V2.30 just activated with a power reset or software reboot?

I might just leave it for now, but it did take a while to figure out what had gone wrong.

Can you read data from Venus GX via VE.Direct to USB interface?