Broken Bat- screw on Multiplus-II 3k: how to fix?

While rewiring a Multiplus-II installation, I broke the Bat- screw, not by over-tightening it (I use a dynamometric wrench), but probably while guiding the 35mm2 wire and rotating it many times. I thought the nut was sufficiently hand-tightened to prevent the wire from moving, but apparently not...

Here is the result: 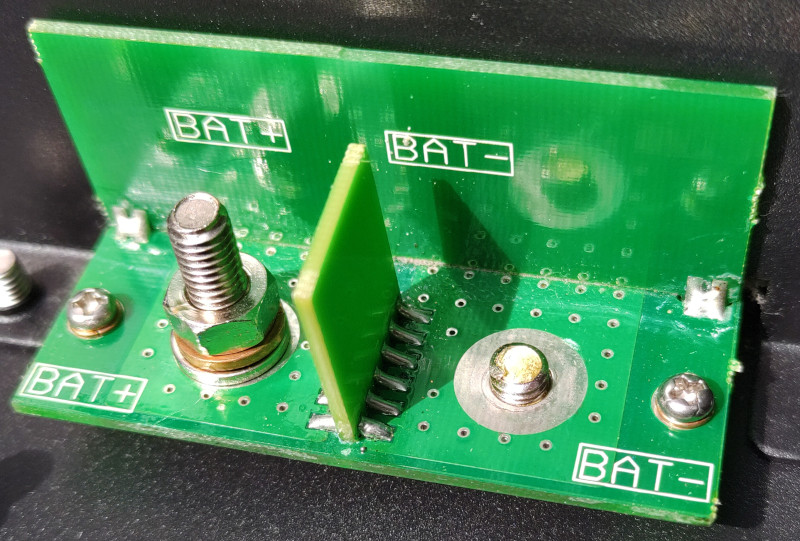 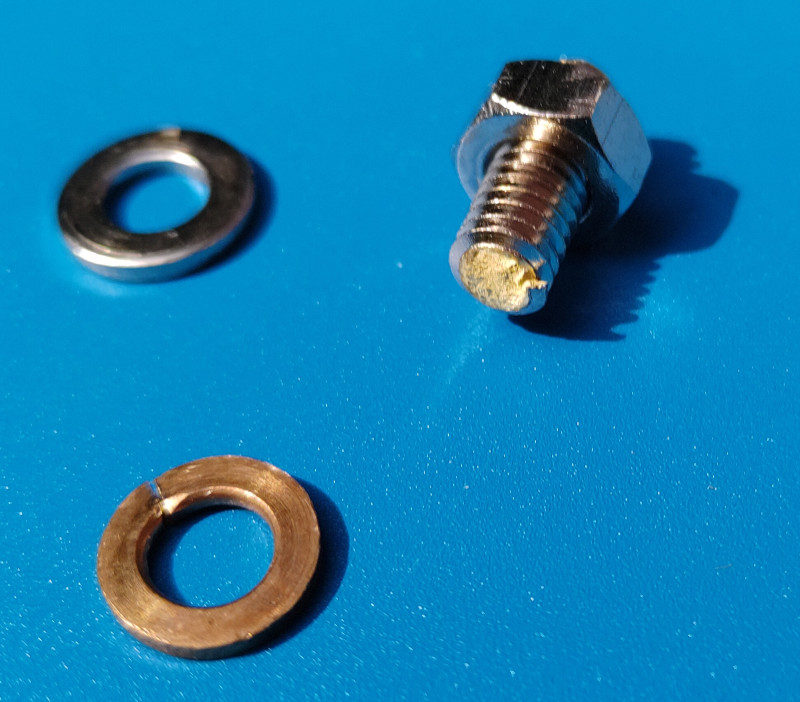 My plan to repair this is either:

What do experts thing about that? What kind of soldering iron do I need (20W, 50W, more)?

Since this setup allows for 35A sustained charging, 50A sustained discharging, and 115A peak discharging (PylonTech battery at 48V), I hope that will be OK...

It looks as though there are a few turns of usable thread left on the stud. A less invasive repair might be to get or make a female spacer (ideally from hexagonal bar), screw that on to the stub that remains, and then bolt the connection onto the top end of the spacer. No heat, no soldering, purely mechanical, easy to reverse.

Otherwise I think yr method 2 better, as method 1 likely to damage the soldered joint anyway. I think I would attempt it with the biggest bit on the end of my butane gas pencil soldering iron. You might also need to re-inforce the pcb track with e.g. copper braid to wherever it is connnected to.

Here is the replaced screw. 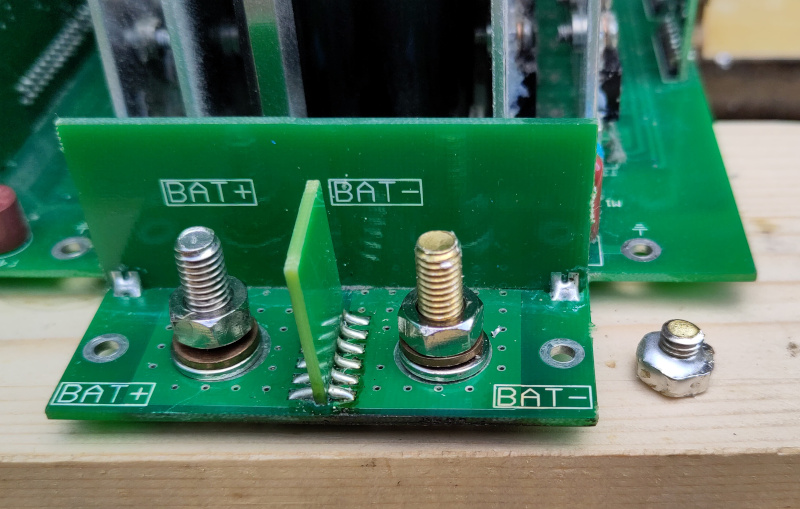 It was the first time I used a butane soldering iron, with a small bit. But it was outside with lots of light, and I didn't clearly see the flame, hence the small burn of the PCB itself. The metal parts are OK though, and I oriented the flame as to not heat other components. I worked on the other side of the PCB, but didn't take a picture of it...

The Multiplus works great now, already at full power (in and out of the battery), without any sign of increasing temperature near this port, as seen with a thermal camera.

Thanks @sharpener for the advices!

sharpener commented · Jul 27, 2022 at 09:29 AM
Thanks for the update and neat job @nhuillard ! It's very satisfying to bring an expensive piece of kit back to life with a DIY repair costing a few pence in materials, you must be very pleased.
0 Likes 0 ·

So: I took off the main PCB to access the other side. Quite easy to do. I tried a random 100W electric iron, which is way to weak. I ordered a tiny bit for a big butane soldering iron. I'll report when I have it and finally replace the whole bolt.

Re. your suggestion, I fear that the spacer or nut wouldn't be large enough for the 35mm2, or might break the remaining half of the thread turns at the worst moment. That was tempting though ;-)

Should use resistor to preload capacitors on multi ?

Multiplus II 48/5000 defective series? Not sure before connecting

Is it possible to charge two different 12V batteries wired in parallel?