Need a little help with an Overload warning. I can't seem to identify the problem. All connections look good. Doesn't show up in VRM, only on the GX. Didn't come close to overloading the inverter's output capacity so can't quite figure out whats going on. Oddly, I get a Grid Lost error simultaneously. From what I Can tell, the inverter never shut down. I've included screenshots from VRM and the logs here, which show the Overload warning, but I can't see anything out of the ordinary... 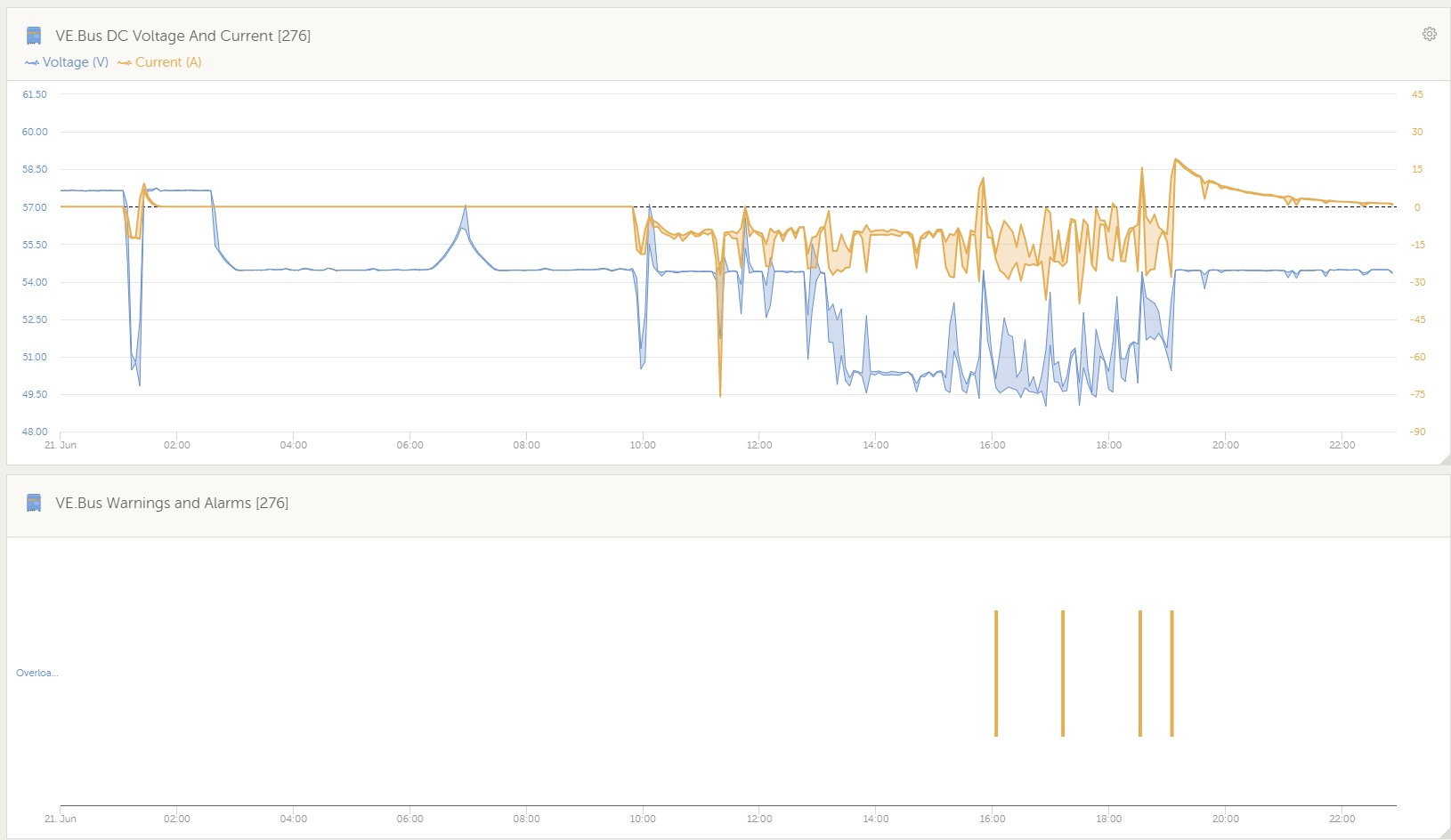 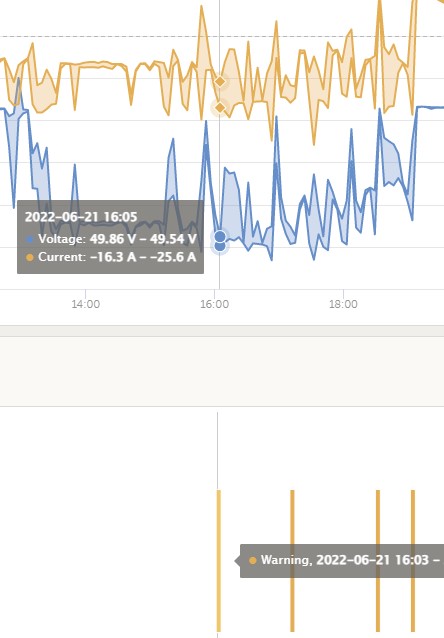 This may be just a mS load spike, and the graphs far too coarse to show anything. I sometimes get this from a water pump. The Multi will ride it out, but always report it. Usually shows ~20 sec to clear, so isn't actually reporting the length of the spike.

Look for something like an electric motor starting, perhaps with a dicky start capacitor? Fridge even?

@kevgermany @JohnC thanks I figured it was prob something like this, I have to window AC units, fridge and microwave on my essential loads, assuming one of those or in combination must have caused it . Thanks!

It's often due to the type of AC appliance. Try by elimination to isolate what's causing it.

61 People are following this question.

How can I control the MultiPlus from my phone using CerboGX?